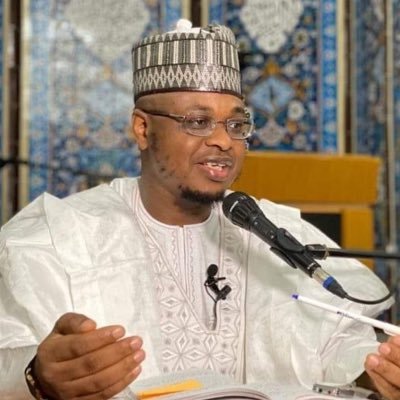 Embattled Minister of Communications and Digital Economy, Dr Isa Ali Pantami has vowed that nothing would stop the ongoing NIN and SIM linkage, adding that criminals are now feeling the heat.

Pantami made the assertion through his Twitter account on Monday while reacting to an allegation of having links with terrorist groups.

He said the aim of linking NIN with SIM is aimed at fighting insecurity in the country and vowed that no amount of intimidation would stop the exercise.

“On the issue of NIN-SIM Verification to fight insecurity, there is no going back. Our priority as GOVERNMENT based on the provision of our constitution 1999 (as amended) Section 14(2)b is SECURITY, not just economy.

“For sure, no going back at all. Let the sponsors continue.” ” FYI all, by the Almighty, no amount of intimation will stop @IsaPantami from implementing d good policies of President Muhammadu Buhari, GCFR on security.

“If you are yet to verify your SIM using NIN, do it very soon, b4 our next action. Criminals are feeling the heat.”

Recall that the Minister had last week through the Inter-Ministerial Committee extended the deadline for the linking of NIN and SIM cards to 6th May from the earlier date of 6th April 2021.

The extension came after widespread criticism and outcry by many Nigerians who faulted the date, demanding an extension to enable them to get enrolled.

On the allegation of having links with terrorists, Pantami said: “@NewsWireNGR your RETRACTION through your independent investigation, has been noted.

” However, investigative journalism requires the investigation before publishing, not after. Further, major publishers will meet my lawyers in court on this defamation of character.

“My lectures against the doctrines and all other evil people have been available for over 15 years, including debates that endangered my life against many criminals in Nigeria. If you can’t understand Hausa, get an objective Hausa speaker to translate for you objectively,” he further said.

Africa: Anticipatory action for COVID-19: building the systems that protect livelihoods throughout