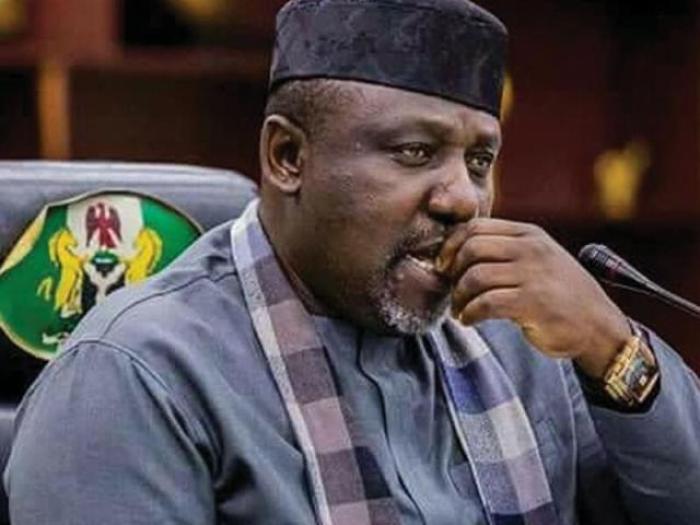 The Economic and Financial Crimes Commission, EFCC, has Tuesday arrested the immediate past governor of Imo State, Senator Rochas Okorochas over yet undisclosed allegation.

Wilson Uwujaren, the Head of Media and Publicity of the EFCC, who disclosed to The Punch that Okorocha was arrested in Abuja on Tuesday, said he would not give details.

, “It is true, he (Okorocha) was arrested today in Abuja but we are not giving details,” Uwujaren said.

It was gathered that the EFCC operatives, who had been on his trail for days, stormed his office on Tuesday evening and arrested him.

The anti-graft agency had in 2020 said it returned N2.7 billion recovered from Okorocha to the state government.

Imam Usman, zonal head of the EFCC Port Harcourt office, said the returned fund is part of the N7.9 billion recovered from different bank accounts linked to the ex-governor.

The zonal head added that the EFCC would prosecute Okorocha after concluding its investigation on him.

Okorocha and Uzodinma, both of the All Progressives Congress (APC), have been at loggerheads as the governor has accused his predecessor of corruption and personalising state-owned properties

Healthcare, Vaccines Should Be At The Centre Of Rebuilding Africa – WHO