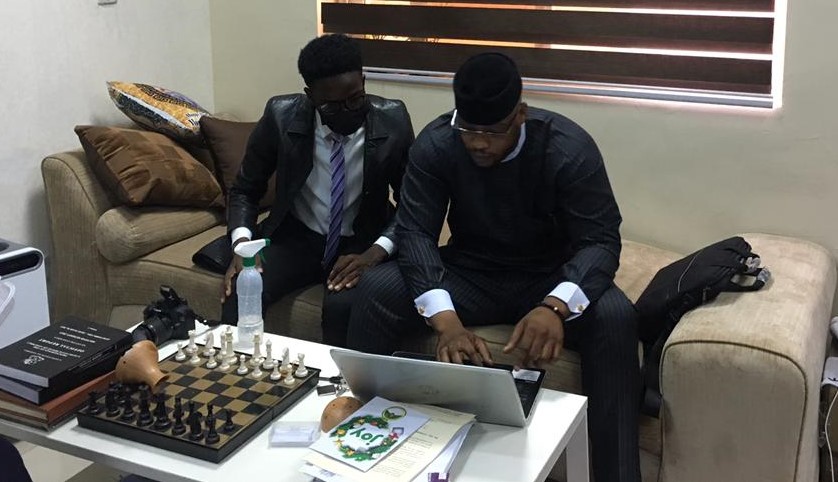 No fewer than a hundred youths are seeking stricter measures that would keep elected officials in check to avoid embezzlement and impunity.

The programme organised by ‘EngageGov’ is coming at the backdrop of a crisis of trust in the Nigerian democracy. Youth are losing faith in their elected leaders.

According to him, We need more civic engagement to bridge the gap between the youth and the government.

He posited that with more than a billion smartphones in use around the world, it is obvious that any government looking to build a relationship with the youth must consider digital platforms.

”The average youth who owns a smart device spends about 2.5 hours per day on the internet. This makes the internet an ideal vehicle to develop young people’s interest in governance,” he added.

Odili believes that we have to radically rethink the relationship between citizens and government, adding that Civic engagement is too important to be something we do only at elections.

Citizens, he pointed out need to constantly demand transparency and accountability from their elected representatives.

”It’s time for the government at all levels to adapt to the new technological age. With the explosion of smartphones and apps, we have the tools available,” he said.

Speaking during the meeting, the youths bare their minds to the Hon. Ibrahim Ajani Owolabi, a member of the Lagos State of Assembly representing Lagos Mainland.

One of the youths who simply identified herself as Ramona, was curious if there were measures to keep elected officials in check.

Honourable Owolabi replied: ”We have the Code of Conduct that establishes our financial status before service and tracks our earning and assets over that period. We are also subject to scrutiny by the EFCC.”

In the interactive session,  Esther Ngwudo asking to know the  “role of a state representative”. Hon. Owolabi replied, “the role of a state legislator is to deliberate and consider laws on the concurrent and the residual lists”.

EngageGov is a non-governmental organization working to improve Nigerian youths’ participation in civic activities and build their capacity to usefully participate in the decision-making processes in their communities.

EngageGov provides materials and the opportunities to educate young Nigerians on their civic responsibilities, their elected leaders’ duties, and connect them with their representatives. There’s a crisis of trust in the Nigerian democracy. Citizens are losing faith in their elected leaders. We need more civic engagement to bridge the gap between the people and government.

Liverpool Came From Behind To Beat Tottenham 2-1