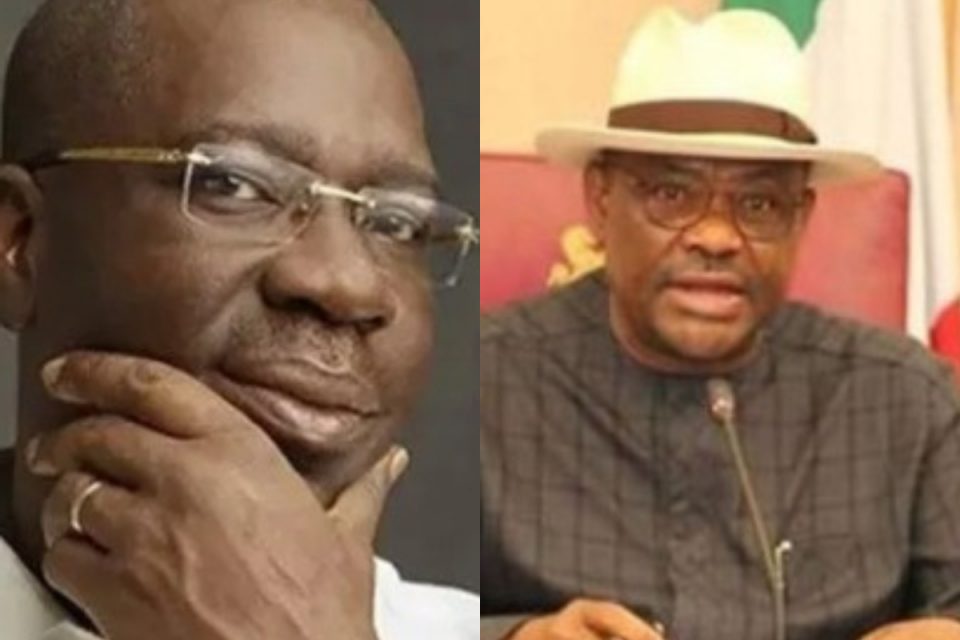 Rivers State Governor Nyesom Wike has urged the Central Bank of Nigeria, CBN to answer plainly the question of whether it printed the N60 billion CBN which Governor Godwin Obaseki accussed it of and stop shying away from the truth.

According to Wike,  the CBN  was trying to rake up the issue of debts owed by State Governments as a diversion from the subject matter. He decribed the diversionary antics as cheap blackmail.

Wike stated this at the dedication of Senator Rochas Okorocha’s grandson.

He posited that since Obaseki knows the antics of the All Progressives Congress (APC) administration, he could not have made the statement without facts.

“It is very unfortunate Obaseki was in APC, so he understands them. So Obaseki couldn’t have come from the blues to say they printed N60 billion, he knows them.

“If you hear what the governor of the Central Bank said, instead of answering the question, he said governors should pay back the bailout loan.