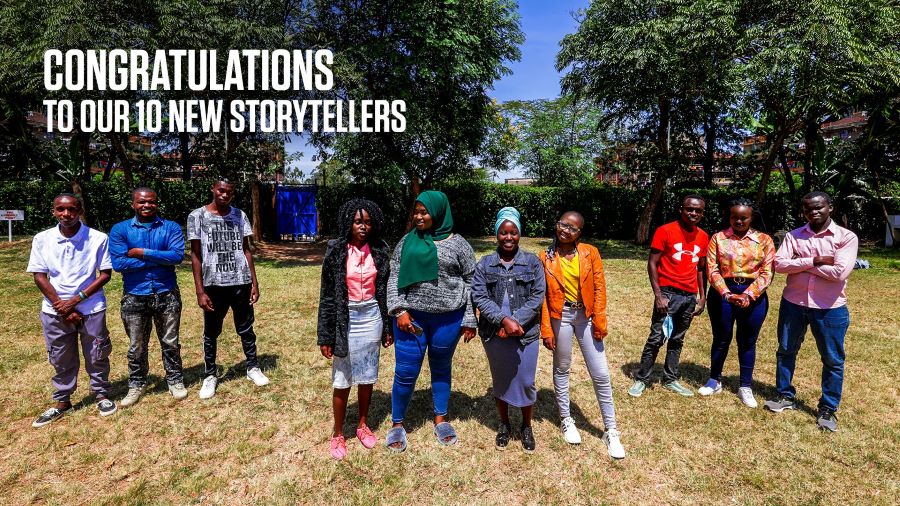 Canon’s Miraisha Programme has selected 10 young storytellers from the Mathare community in Kenya to receive a scholarship at KCA University, helping them to develop skills for a sustainable livelihood.

Canon Central and North Africa (CCNA), together with Canon Miraisha, have chosen 10 young students for film and photography scholarships at the KCA University. Selected out of 200 Canon Miraisha participants taking part in the programme since 2018, the budding creatives will go on to develop their visual storytelling skills at the prestigious institution.

Miraisha goes viral
CCNA has released a series of videos (https://bit.ly/3sKARKV) on social media to raise awareness of the importance of the Miraisha initiative and to celebrate the hard work and success of the scholars, which reached an incredible number of over 100,000 engagements. You can watch the full story on the @CanonCNA (https://bit.ly/2QHsUJk) social channels.

One of the programme’s focal points is to provide employment opportunities to young people across Africa coming from low socio-economic background. Miraisha partnered with MindMe International (https://bit.ly/2QfwKcY) Community Training Programme, based in a particularly disadvantaged community in Mathare which lacks employment prospects for young people.

The partnership empowers local young people to further develop their existing creative skills and helps them access or even create job opportunities, benefitting both their personal development and their local communities.

Future storytellers
The KCA University scholarships, which run across two 14-week semesters from May to December 2021, will enable the students to develop their visual communication skills as well as open up and prepare participants for creative and professional opportunities. This is particularly significant as currently there are young people entering into employment and entering creative professions.

The scholars will work towards a Certificate in Film Technology, studying 12 subjects including video camera operations, screenwriting, editing, photography and film production techniques. Their final project will be to produce a short film, which will allow them to showcase the development of their skills from their time involved in the programme.

Partnerships for change
Professor Joshua G. Bagakas, Deputy Vice-Chancellor at KCA University said: “The overwhelming response to the current Miraisha campaign is a resounding vote of confidence in Canon’s training program. KCAU is especially delighted that the campaign will give 10 deserving young people the opportunity to realise their aspirations by studying film at the university. Visual storytelling is a powerful communication tool in today’s world, and we are excited to continue partnering with Canon to empower students and continue transforming lives.”

Somesh Adukia, Managing Director at Canon Central and North Africa added: “The Miraisha Programme is designed to give young people the tools and support to develop their skills and improve not only their own lives but also the lives of those in their communities. We look forward to seeing the scholars nurture their creative talents during their time at KCA University.”

These scholarships are the latest example of the direct support the Miraisha Programme offers to its participants to upskill. Across the African continent, Canon’s ‘train the trainer’ initiative, sees some participants in Miraisha programmes come back to help run future editions, it has already led to 3 local people becoming employed as Canon Miraisha Trainers. Now in its seventh year, Canon’s Miraisha Programme has educated more than 5,680 young storytellers across the continent since its launch in 2014.