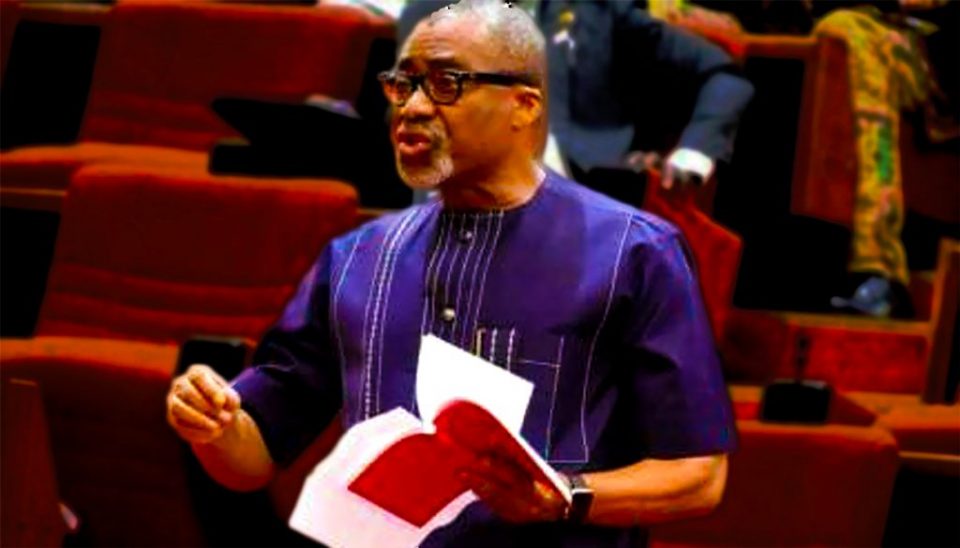 Senator Enyinnaya Abaribe, the Senate Minority leader, has alleged on Wednesday that under the supervision of President Muhammadu Buhari’s administration,  the Fulani militia is on a mission of conquering all nations in Nigeria.

Abaribe posited that if the Fulani militia and the wanton killings were not immediately checked, it could degenerate to the disintegration of the most populous black African country in the world.

Senator Abaribe gave this warning while delivering his keynote address at 2021 law week of the Owerri Branch of the Nigeria Bar Association.

He said: “Under the watch of the present government, Fulani militia are on a mission of conquest all over Nigeria. By infiltrating and trying to take over every region of this country, we have had to witness killings of natives, women raped, farmlands destroyed, kidnappings of citizens all over the country and forests forcefully occupied.

According to him, ”Buhari’s enthronement of sectionalism and nepotism has led to the country to be on freefall.”

His words: “Ethnic triumphalism of President Buhari’s tribesmen, Fulani, has equally helped in fueling disintegration of the country.

“But, Nigerians are being pushed to the wall by two things: Nepotism and sectionalism of this government and ethnic triumphalism that is going on; importing people from outside Nigerian who come into this country and decimating people in this country and no effort is being made to tackle the problem because some people think they are of a particular religion or ethnic nationality.

“The security forces that should offer protection seem to rather act as if they are in collusion with the criminals and this invading army being treated with seeming indifference.

“Nigerians who bear the brunt of these attacks daily, lose hope in the idea of the unity of the nation.”