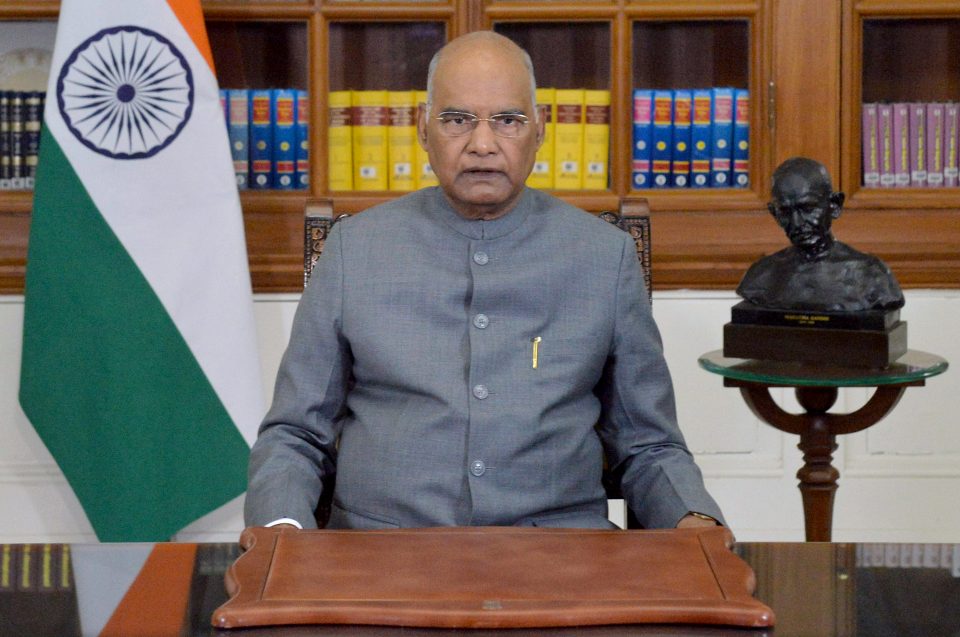 India is now the epicentre of pandemic. It is a humanitarian disaster with political roots. By the end of this week, 200,000 deaths have been officially recorded and there is strong evidence that there are many, many more unrecorded tragedies.

The country is desperately short of essential medical supplies.  And although it is the world’s largest producer of vaccines, its immunisation programme has stalled with less than 10 per cent of the population vaccinated.

Prime Minister Narendra Modi is a populist in the mould of Brazil’s Bolsonaro and America’s Trump. Saving lives is secondary to the political goal of retaining power by pandering to their large but ill-informed electoral base. In the case of Modi, he is exploiting the long-simmering Hindu-Muslim divide in an attempt to transform India from a secular to a Hindu nation and is prepared to subvert democratic institutions to achieve that goal.

A close friend is a senior journalist in India. He wrote asking me to imagine the scene. He has asked me not to reveal his identity because of possible repercussions to himself, his family and colleagues. Here is his account:

“Imagine a very senior judge declaring that he would ease things for a chap convicted for rape if he agreed to marry the victim, who’s all of 14 or something!

“Imagine that the Supreme Court now has judges who believe cow piss and dung are holy and can be used to cure everything.

“Imagine a senior journalist suggesting at a forum that all journalists should be given colour-coded badges, depending on whether or not they toed the government line.

“Imagine bent journalists flaunting their political connections to become middlemen, extremely rich ones. What’s new is the brazenness with which this is done.

“Imagine upright journalists having their bank accounts frozen without reason, and cases filed against them in courts in the other end of the country. If they refuse to attend court, they face contempt charges. Imagine armed police descending on their houses at 3 am and dragging them before a magistrate who agrees to book the journalist for treason and sedition. Both are non-bailable charges which allow the police to keep you for 90 days without trial or access to anyone, including legal help.

“Imagine the military top brass being lured with plum political and diplomatic postings if they lied about how they had taught both Pakistan and China “a lesson they won’t forget” because the country had a “strong” prime minister like Modi.

“Imagine that if for some reason I did not like my neighbour. All I need to do is loudly declare that he had beef in his fridge. Chances are, a riled rampaging mob will lynch him without even checking his fridge, or realising that he’s a staunch vegetarian.

“Now stop imagining, because these are all facts.

“A former diplomat turned BJP loyalist I interviewed once declared that the party could certainly do with people like me, When I explained that apart from the fact that I was a journalist, I also ate beef, he smiled and said that was not a problem, I’d quit once I learnt how holy the cow was. That man became India’s first national security adviser when the BJP came to power in 1998.

“So the executive, the judiciary, the media, the military, Narendra Modi has subverted them all.   And all this, of course, means work, work, and more work.  Just sifting the strands of truth from the manure is becoming increasingly difficult.

“Yet, having said all this, I still believe that India cannot suddenly turn into a Hindu kingdom. The main reasons are its size and diversity, and the fact that the citizens, particularly the deprived and underprivileged–a sizeable chunk– take their voting rights, and the fact that they can kick out the government every five years, very seriously. At the end of the day, they might be poor, but they are not stupid.”

America now has its mid-term election issue: President Biden’s report to Congress. Not since FDR has the US been presented with such a left-wing agenda. Overnight, Joe Biden has been transformed from one of the most boring to one of the most radical of presidents. He is no longer “sleepy Joe.” But there are some practical political differences between JB and FDR’s administrations which complicate Biden’s plans. The main one is that President Biden has a slim majority in the House of Representatives, and only a one-seat majority in the Senate (when you count the casting vote of Vice President Kamala Harris). Roosevelt in 1932 had an overwhelming majority in both houses and laid the foundations for Democratic Party dominance in the lower house (except for the 1946 and 1952 elections) for 60 years. Biden’s dramatic tax and spend proposals are music to the ears of his party’s growing left-wing, ethnic minorities and urban liberals. They are also total anathema to the large libertarian base who found their voice with Donald Trump. America has been practising social Darwinism since before Charles Darwin set foot on HMS Beagle. Republicans believe that is the not-so-secret reason for their national economic success. They are determined that survival of the fittest will remain at the core of American politics and society. As a result, President Biden faces Senate opposition, delay, procrastination and filibuster. He will be very fortunate to push through his legislative agenda before the 2022 mid-term elections when opposition to his programme could cost him control of both houses.

British Conservative Prime Minister Boris Johnson is winning bouquets for his handling of the coronavirus vaccine programme. But at the same a list of brickbats is growing on the other side of the political ledger. Northern Ireland, Brexit problems, alleged corruption, accusations of lying to parliament and a disgruntled special adviser are replacing vaccination success in the British headlines. This week DUP (Democratic Unionist Party) leader Arlene Foster, the leader of the conservative party’s traditional allies in Northern Ireland has been forced to resign. The main cause is Brexit’s Northern Ireland Protocol which drew a boundary down the middle of the Irish Sea and effectively cut Northern Ireland off from its traditional trading patterns with mainland Britain and attached it to EU member the Republic of Ireland. This has caused a shift to the right in the protestant-dominated DUP which will reopen cracks papered over by the Good Friday Agreement. Brexit is also causing problems elsewhere. The European Parliament this week overwhelmingly passed the EU-UK post-Brexit trade deal but France’s President Macron has threatened “reprisals” over fishing rights and the European Commission has gone to court to accuse the Johnson government over breaking international law in regards to the Northern Ireland Protocol. At the same time the Electoral Commission is investigating the source of $250,000 used to re-decorate Johnson’s private living quarters in Downing Street. Then, Johnson has denied to parliament multiple press reports that he said he would rather see “bodies piled high in their thousands” than announce another lockdown. There are also mounting reports of “jobs for the boys” to deal with the pandemic and Johnson’s controversial special adviser Dominic Cummings is threatening to release damaging information about the prime minister’s handling of the pandemic. Despite this, the Conservative government maintains an 11 point lead over the opposition Labour Party in the opinion polls. But the long list of immorality, amorality and lies continues to grow.

Vladimir Putin wants Alexei Navalny dead. That is the only possible interpretation for his actions. He poisoned him with novichok; imprisoned him in a labour camp and is now refusing him access to his doctors. But then Navalny appears to be a willing martyr in the cause of his anti-corruption anti-Putin campaign. After being poisoned he could have remained in Germany, but returned to face trial and imprisonment. This week he ended a 24-day hunger strike. His popularity and message, are growing. Navalny is now the main opposition figure to Vladimir Putin who is showing signs of being seriously worried. Today (Friday) the Putin-controlled Moscow Central Court banned the various Navalny organisations and declared them to be “extremist” with the aim of “destabilising… the foundations of the constitutional order.” Penalties for ignoring the ban are harsh. Organisers for The Anti-Corruption Fund, The Citizens Rights Protection Foundation, and Team Navalny face prison sentences of six to ten years. Their chief lawyer Ivan Pavlov has already been arrested. Anyone found guilty of participating in a demonstration supporting Navalny—and there are tens of thousands of them—can join their leader in the labour camp for up to six years. The Navalny organisations are now denied access to Russian banks and anyone donating to the cause can be imprisoned for up to eight years. Putin’s bans are not the actions of a man in control. And if Navalny dies, Putin has given Navalny the martyrdom he appears to crave and created more problems at home and abroad.

The shifting sands of Arabia are on the move again. Nothing tectonic yet. Not even what might be called a sandstorm, more like a stiff breeze. As usual, the key players are Washington, Tehran and Riyadh. The impetus for the breeze came from Saudi Arabia’s de facto ruler Crown Prince Mohammed bin Salman. After a series of secret talks in Iraq between Iranian and Saudi diplomats, MBS went on Al Arabiya TV to offer an olive branch. Saudi Arabia “wants good relations with Iran” to help push the Middle East towards prosperity, he told the interviewer. He did, however, express reservations about Tehran’s “negative behaviour”, its nuclear programme, missile launchers and support for “outlaw militias” in Lebanon, Syria, Iraq and Yemen. But it was a start, and Iran responded with a muted but positive “we always welcome dialogue.” The think again by MBS is clearly the result of pressure from the Biden Administration who has withdrawn the blank cheque diplomacy of Donald Trump. Support for Saudi Arabia in Yemen is being rescinded and the CIA has identified MBS as the man behind the murder of Washington Post journalist Jamal Khashoggi. Finally, President Biden is trying to revive the Iran Nuclear Accord which is vehemently opposed by Israel and Saudi Arabia. There are other good reasons for repairing fences. The civil war in Yemen is a financial, humanitarian, and military disaster and can only be resolved by an agreement between Tehran and Riyadh. There is also the need to coordinate an economic response to the growth of green energy and its impact on oil and gas prices. Navigation rights in the Persian Gulf have to be maintained. And finally, there needs to be an agreement that Middle East stability is in the interests of both countries.

Knowledge is power and Hungary’s Viktor Orban is determined to control both. This week he proved it by imposing a political stranglehold on his country’s key universities. He has already forced George Soros’s liberal-minded Central European University out of the country. Now he has transferred control of 11 state universities, along with billions of dollars in assets, to quasi-public foundations led by state-supported allies. Laszlo Palkovics, Minister for Innovation and Technology, claimed that the move was to “ensure the realisation of public goals.” More likely it will ensure the realisation of the political goals of Viktor Orban and his Fidesz Party, as any changes related to the controlling foundations require a two-thirds parliamentary majority—the same needed for a change to the constitution.