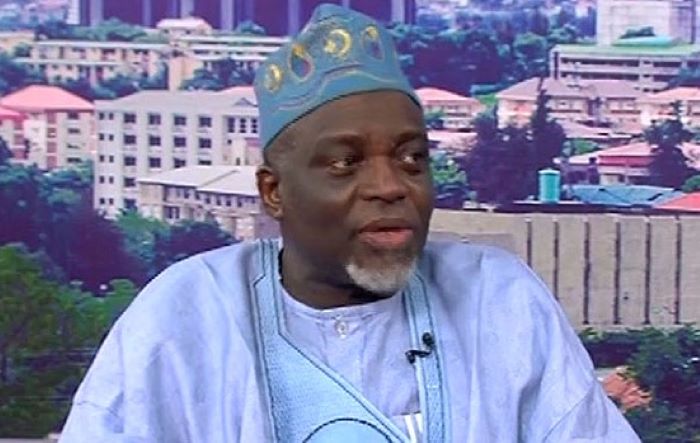 The ignorance of Professor Ishaq Oloyede, the Registrar of the Joint Administrations and Matriculation Board, JAMB was brought to the fore when the authorities of the Baptist Girls Academy gave the breakdown of the alleged N8,000 collected from each student.

The school described the attitude of Professor Oloyede as a media trial that does not befit an umpire like him.

In their reaction, Professor,  Oyesoji Aremu, Chairman, Education Management Board,
Nigerian Baptist Convention said the allegation of Oloyede against the school was false.

He said: “Baptist denomination, here and in other climes, is a pride to Christendom. This pride is rooted in legacies of training and values which every baptist is taken through. And by extension, the virtues and values which go with sound academic traditions are given to students in our schools nationally. Given this, Baptist Mission Schools abhor illicit and sharp practices; and the same is disallowed in their engagements within and outside.

“On the above premise, it was disheartening and disturbing watching a video clip that went viral since Wednesday, April 28, 2021, following the unscheduled tour of duty of the hardworking JAMB Registrar, Prof. Is-haq Oloyede. In the video clip, Prof. Oloyede assumed the role of a ‘prosecutor and judge’ against the defenceless teacher, Mr Kayode Oloyede who was also on a scheduled assignment. Here, one of Mr Oloyede’s students was the witness. In the video clip, the JAMB Registrar, Prof. Is-haq Oloyede publicly put on ‘trial’ Mr. Oloyede, a teacher at Baptist Girls Academy. This put some questions on the social image of the teacher, and on the public image of Baptist Mission Schools in Nigeria. The question of the alleged #8,000.00 collected by Baptist Girls Academy
ought to have been properly investigated by the JAMB Registrar before subjecting the school and the teacher who took the girls out for Registration to emotional trial and public opprobrium.

“The School, Baptist Girls Academy did not charge #8000,00 for JAMB Registration as alleged by Prof. Oloyede. The breakdown of the charges that amounted to the alleged monetary infraction is as follows:
1. JAMB Registration: 3,500,
2. Novel (recommended and provided by JAMB): 500,
3. CBT Charges: 700,
4. Test Driller Software + installation (CBT Practice Kit): 2000 and
5. Transportation and feeding: 1,300.

“While the girl was ‘correct’ to have said the school collected #8,000.00, the undeniable fact was that the whole money was not meant for Registration. Here, Prof. Oloyede did not allow the teacher to explain the breakdown. Rather, he was publicly muscled and emotionally debased. One is even tempted to ask: Is the teacher the spokesperson of the school? This is not in the interest of the teacher’s psychology and the school’s public image as Prof. Oloyede took delight in disparaging Baptist Girls Academy. It is also not-too-good for the JAMB Registrar to have made the poor girl to have confronted her teacher before the barrage of cameras. One, the poor girl would not want to continue to savour the memory. It was a bad one for her. The psychology of the teacher was also debased given the sociopsychological web (created by the action of the JAMB Registrar) between him and his girl-student. Methinks, Prof. Oloyede should have handled this much better. The emotion of the teacher is better imagined in such a situation when his student was made to confront him. That itself could breed disrespect and indiscipline in the school.

“Let me make it clear that the alleged money in excess of what the Registrar alluded to was charged with the consent of the parents through the Parents Teachers’ Association platform. Ours is a private school not funded by the Government. The question is, who pays for services to be rendered when such charges are not part of the termly school fee regime?

“Beyond what Prof. Oloyede made the public to believe by singling out one of the Baptist Mission Schools, it is in the public domain that other private schools in Nigeria charged fees that ranged between #10,000.00 and #25,000.00 (depending on services that will be provided during the examinations for the student). If the Registrar is in doubt of this, he is at liberty to deploy intelligence in this regard. What then is the fuss about Baptist Girls Academy?

“Here, our public leaders should endeavour to imbibe some soft skills while on a tour of duties. It is in the best interest of our society which is fast losing some virtues.

“While the JAMB Registrar is lauded for his quality assurance tour of duty as his practice every year, he is advised to show more discernment and restraint so as not to give wrong labels as his actions portrayed in the video clip that went viral. The best Prof. Oloyede could have done in the referred video clip, if he suspected any infectious behaviour by the School, was to have called the Proprietor of Baptist Mission Schools in Nigeria. After all, the popular Yoruba adage says, you don’t know the owner of a dog and kill it. Or, draw the attention of the Ministry of Education, Lagos State to it. Public offices are supposed to be held in trust for all and in the best interest of all.”