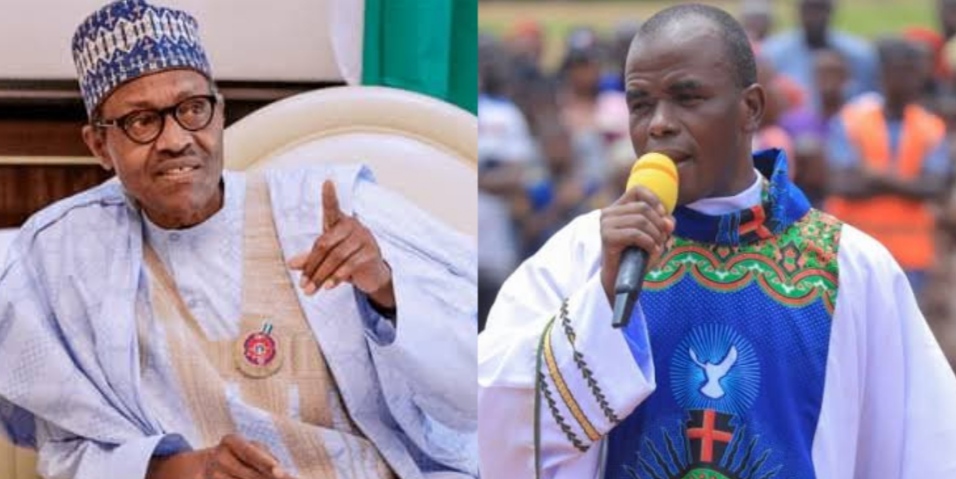 Rev. Fr. Ejike Mbaka,  the Director of Adoration Ministry Enugu Nigeria, has admitted that he went to meet Buhari for a contract on the security of Nigeria’s stolen oil.

He said: “Yes, I led three security experts to the Presidency who offered to help salvage the security situation in Nigeria.”

Apparently, Mbaka was reacting to the Presidency statement that because he was denied a contract which’s why he wanted the removal of President Buhari.

He said: “I don’t know them, but they came to Enugu and pleaded for me to link them to government because of the level of insecurity and how Nigeria has been moving oil outside the country. These are the three people they rejected their offer.

“I am happy that the truth was hitting them. We are not afraid of them. Buhari cannot do it again; health and age are not on his side. We need a stronger and an experienced goalkeeper in a time like this. If they want to put it that it was because of contract, let them come and build the highest university here and begin to mess up, I will still speak.”

The presidency, in a statement by Garba Shehu, had alleged: “Father Mbaka asked for a meeting and to the shock of presidential aides, he came accompanied by three contractors.

“The President graciously allowed them in, and to everyone’s surprise, Father Mbaka asked for contracts as compensation for his support.”

But the cleric said it would be “stupid to be attacking a messenger of God,” stating the three persons he took to the presidency were white men who he didn’t know.

In his sermon on Sunday, Mbaka said the meeting was during Buhari’s first term and not recently as being insinuated.

Mbaka had supported the President during the 2015 and 2019 elections where Buhari won.

Why We Won’t Close Nigerian Schools Over Coronavirus, Says FG

Akeredolu Lists Why He Borrowed Money For Ondo