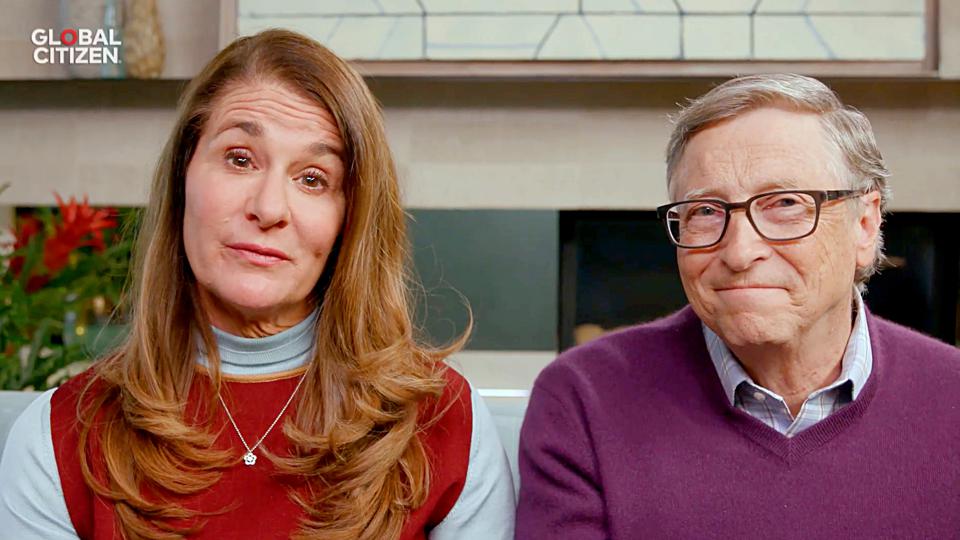 Jennifer Gates, the first child of Mr Bill Gates and Melinda Gates has expressed her feelings after the divorce between her parents was announced late hours of Monday by both parents.

In her, Instagram handles Jennifer wrote: “I’m still learning how to best support my own process and emotions as well as my family members at this time and am grateful for the space to do so.”

Jennifer, 25, revealed that the family had been going through a ‘challenging stretch of time’ ever since the couple mooted the idea.  For now, the other siblings of Jennifer, Rory, 21, and Phoebe, 18 were yet to make any comment about the divorce of the parents Mr and Mrs Melinda Bill Gates.

Last night (Monday), Bill and Melinda who have been married for 27 years jointly announced that they were getting a divorce.

The joint statement reads: “After a great deal of thought and a lot of work, we have made the decision to end our marriage.

“Over the last 27 years, we have raised three incredible children and built a foundation that works all over the world to enable all people to lead healthy, productive lives.

”We continue to share a belief in that mission and will continue to work together at the foundation, but we no longer believe we can grow together as a couple in this next phase of our lives. We ask for space and privacy for our family as we begin to navigate this new life.”

The court papers also showed that Melinda Gates, 56, filed the divorce petition in which she described her marriage to Bill Gates, 64, as ‘irretrievably broken.

According to the documents posted by TMZ.com, Bill Gate, the fourth richest man in the world with a fortune of about $130billion, did not sign a prenuptial agreement with his estranged wife of over 27 years.

The implication of not having a prenuptial agreement is that the two have nothing to help them navigate dividing their wealth – which includes properties in five states, a private jet, an astonishing art collection and a fleet of luxury cars.

In the divorce petition, which was filed in Superior Court of Washington – King County on Monday, Melinda asked the judge to dissolve the marriage ‘on the date stated in our separation contract’. The separation contract was, however, not included in the filing so that date is unclear.

In the absence of the pre-nuptial agreement, the only agreement pertaining to the divorce is the separation contract.

Melinda did not ask for any spousal support but requested a trial date in April 2022. However, it is likely the divorce will be settled without a trial.

The petition states that finances pertaining to the couple’s three children are addressed in the separation contract. The document was signed by both Bill and Melinda, as well as their attorneys.

Bill is represented by three Los Angeles-based attorneys from Munger Tolles & Olson. One of the attorneys, Charles T Munger, is a longtime partner of Bill’s billionaire friend Warren Buffett.

South Africa Will Die If Blacks Get Power – White S.A

Yes, I took 3 Whiteman to Buhari For Contract – Fr. Mbaka