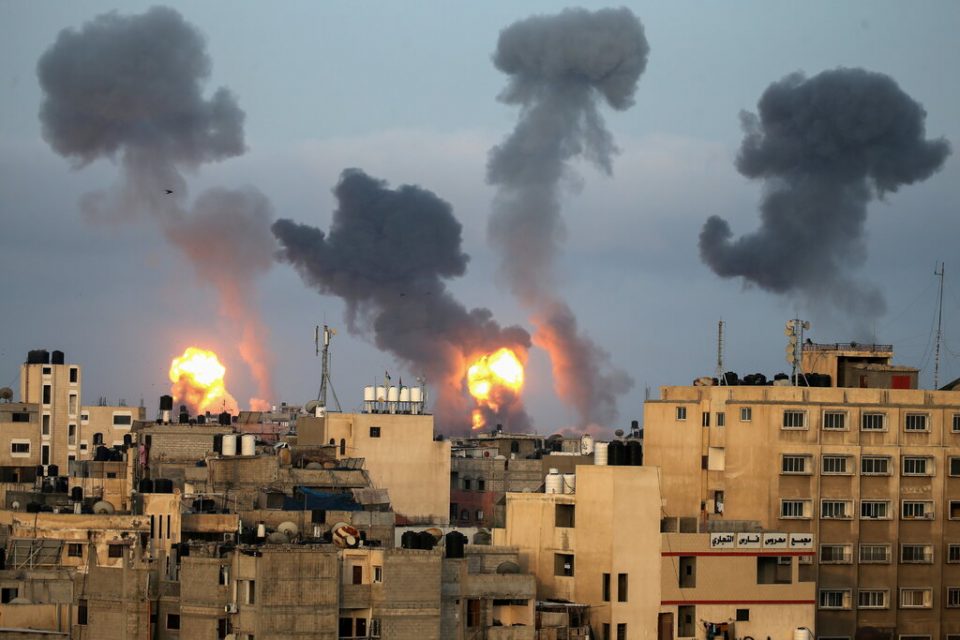 Israel has on Tuesday carried out deadly airstrikes in Gaza, the Palestinian territory as Hamas firing heavy barrages of rockets at Israeli cities.

Gaza health officials said that at least 26 Palestinians, including nine children, were killed in at least 130 Israeli strikes on Monday and Tuesday, and 122 others were wounded.

It was gathered that two people in Israel were killed in strikes on the Israeli seaside city of Ashkelon on Tuesday, and at least 56 Israelis have received hospital treatment, according to medical officials.

The New York Times reports that multiple salvos of rockets streaked out of Gaza in rapid succession, one hit a school in Ashkelon, just 13 miles up the coast from Gaza.

The school was empty at the time because the Israeli authorities had ordered all schools within a 25-mile radius of Gaza to close in anticipation of rockets.

Several more slammed into the port city of Ashdod, a little farther up the coast, where at least one hit a house. The emergency services reported several people wounded lightly.

A spokesman for Hamas’s military wing is known as Abu Obeida said that 137 rockets had been launched at Ashkelon and Ashdod within five minutes. That number could not be immediately verified, but the rain of fire was unusually intense and may have overpowered Israel’s antimissile defences. Residents of Ashkelon were told to remain in shelters as sirens wailed, warning of incoming rockets.

By early Tuesday morning, barely 12 hours after Hamas, the Islamist militant group that holds sway in Gaza, had launched a surprise volley of rockets toward Jerusalem, Israel had carried out at least 130 retaliatory airstrikes in the Palestinian coastal territory, according to an Israeli military spokesman, Lt. Col. Jonathan Conricus. Militant groups had fired hundreds of rockets into Israel by the afternoon, according to military officials.