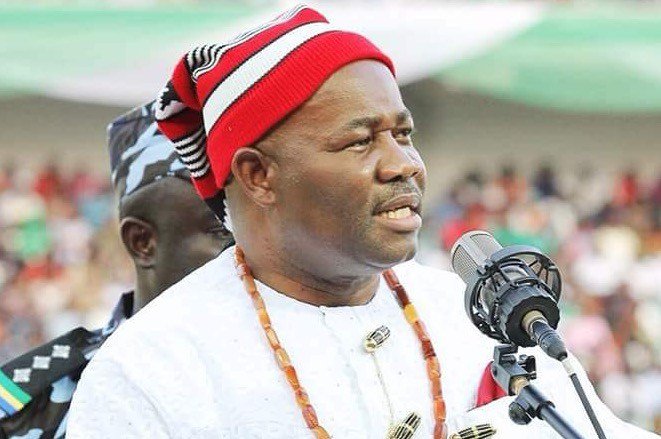 Senator Godswill Akpabio, the Minister of Niger Delta Affairs on Wednesday pleaded with the protesting Niger Delta Youths to shelve their protest for the interest of the region.

According to him, if the protest continues, it might be hijacked by hoodlums thereby leading to destabilization of peace and tranquility in the area.

He gave this admonition in Abuja while addressing representatives of the Ijaw Youth Council (IYC).

Akpabio pointed out that the region has been one of the most peaceful regions in the country, urging that Niger Delta should not allow itself to be plunged into crisis.

He added that the agitation of the youths would be addressed.

”The Niger Delta Development Commission (NDDC) will be constituted after the forensic audit ordered by President Muhammadu Buhari, ” he said.

According to him, the audit exercise was to be completed within six months regretted that the exercise was extended by three months due to the difficult nature of the job.

He disclosed that the auditors have already submitted two interim reports to the President, adding that by July they are expected to submit their final report to pave way for the inauguration of the board.

Responding on behalf of IYC, the national PRO, Ebilade Ekerefe appealed to the Federal government and security agencies to rescue the President of the council, Igbifa who was adopted on his way to Abuja Tuesday morning.

READ ALSO: I Will Curse Politicians Who Are Against Oodua Republic For 7-Day

Ekerefa noted that the Igbifa was on his way to Abuja to lead the council to the discussion with the minister of Niger Delta when the unfortunate incident took place.

He, however, called on their protesting members in the region to remain calm and peaceful because the issue of the constitution of the board of NDDC which ignited the protest is been addressed by the federal government through the Minister of Niger Delta Affairs