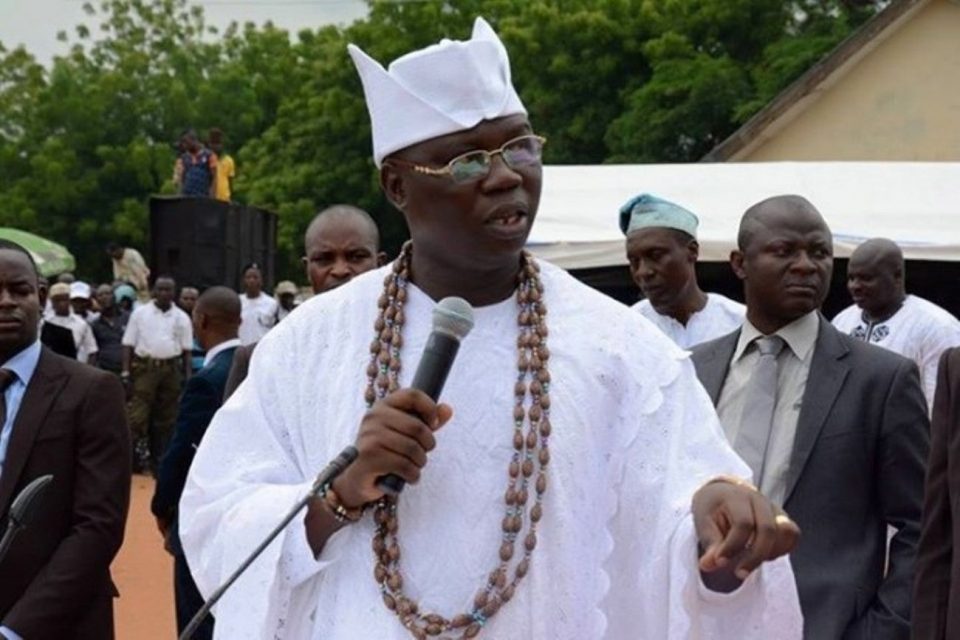 Gani Adams, the Aareonakakanfo of Yorubaland has vowed to cursed for seven days those politicians in the South West of Nigeria who are working against the actualization of the Oodua Republic.

”For those who had been infiltrating the struggle, I will curse them for seven days and if they fail to heed the warnings, I think they would have themselves to blame,” he said.

Gani who spoke on Wednesday at the weekly O’odua Peoples Congress Stakeholders meeting, held at the Oodua House in Ikeja, Lagos decried that close to three decades he has been in the struggle of Oodua nation. He said he knew what it takes to win a struggle of this nature.

He lamented that some prominent politicians in the Sout-West have now infiltrated the struggle for the actualization of the Yoruba nation.

Gani said: “It is unfortunate that some people are determined to weaken the spirit of the agitators. Unfolding events in the last few weeks have shown that some prominent politicians have hijacked the struggle for the actualization of the O’odua Republic. It is an attempt to distract us from the true and original intention of the struggle.

”But I want to say it here that the struggle to seek a new nation is the legitimate rights that we are determined to live and die for and we wouldn’t waiver in our beliefs and determination to liberate our race.

“As the Aare Onakakanfo of Yorubaland, I have put in close to three decades experience in the struggle and I know what it takes to win a struggle of this nature.

“I will continue to curse them repeatedly for seven days because they deserve nothing but the wrath of God and that of the Yoruba ancestors,”

Greensprings launches Robotics and AI as part of its curriculum