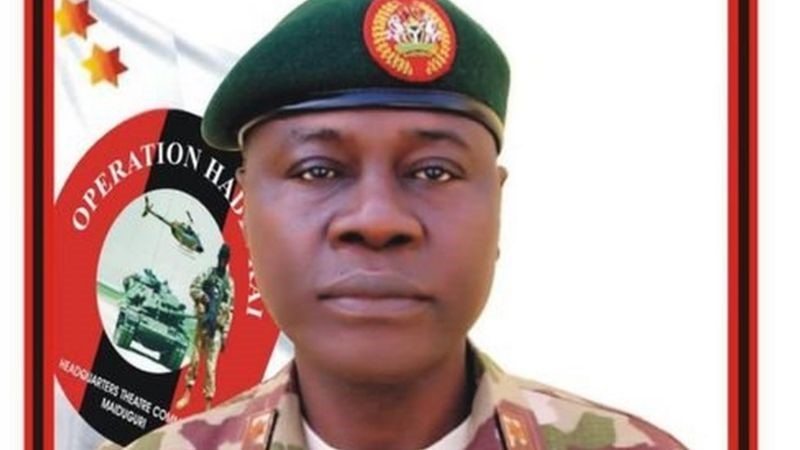 The appointment of Major-General Farouk Yahaya as the new Chief of Army Staff on Thursday has emerged with some level of mixed feelings from about 20 Major-Generals and Brigadier-Generals presently serving in the Nigerian Army.

The implication of Yahaya’s appointment as Chief of Army Staff portends that about 20 Major-Generals and Brigadier-Generals made up of five remaining Regular Course 35 intakes and 15 Regular Course 36 intakes would have to proceed on retirement.

Yahaya who replaced the late Chief of Army Staff, Ibrahim Attahiru is of Regular Course 37.

A source told Vanguard that the tradition in the military for senior officers to take a bow whenever a junior officer is appointed a COAS, as they cannot be saluting their junior officer.

Major-General Yahaya’s appointment, right from the position of Brigade Commander to that of Theatre Commander, Operation Hadin Kai, was made by the former Chief of Army Staff, Lt. General Tukur Yusuf Buratai (retd).

The appointment of Yahaya as Attahiru’s successor, according to sources, was delayed due to the search for a competent officer.

A lot of the Generals in Regular Courses 35 and 36 were found to be from the same tribe or state with other security chiefs in the Ministry of Defence, National Security Adviser’s office, the Navy and the Air Force.

For instance, one of them, Major-General Jamil Sarham, of Regular Course 36, former Commandant Nigerian Defence Academy, NDA, is from Kano, where the Minister of Defence, Major-General Bashir Magashi (retd), and the Chief of Naval Staff, Vice Admiral Awwal Gambo, hail from.

Sources said the appointment of General Lucky Irabor as Chief of Defence Staff, CDS, from Delta State, took care of South-East and South-South slot, the reason the Chief of Policy and Plans, Major-General Benjamin Ahanotu of Regular Course 35 from Anambra State was not considered for the position of COAS.

Army Chief of Operations, Major General Ibrahim Manu Yusuf, from Yobe State, was also not considered because he is from the same state as Acting Inspector-General of Police, Usman Baba, according to sources.