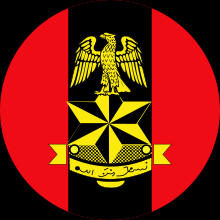 At least seven soldiers were reported to have been killed and five others injured in the convoy moving from Marte in Northern Borno to Maiduguri, the state capital.
IEDs of diverse configuration have been a significant challenge for Nigerian soldiers in counter-terrorism and counter-insurgency operations in the region.

This is largely due to the use of soft skin; Hilux and buffalo trucks, insufficient Mine-Resistant Ambush Protected vehicles, and Counter IED capabilities for troops.

Civilians are also not spared by IEDs buried on roads as civilian vehicles occasionally get blown up after stepping on those devices buried on roads, especially those linking garrison towns and cutting high-risk areas.

In Dec 2020, IEDs planted by insurgents killed and injured multiple passengers when two vehicles blew up between Ngala and Dikwa, killing four and injuring eight others.