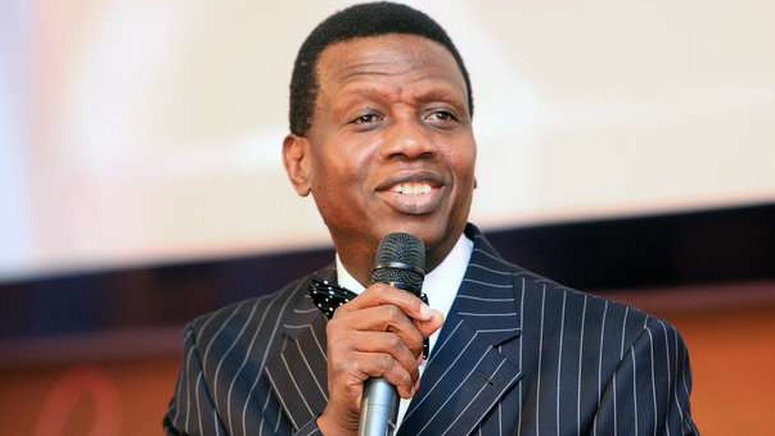 Adeboye via his Twitter handle @PastorEAAdeboye on Monday said: ”The Redeemed Christian Church of God is domiciled in more than 170 Nations & Territories..”

He explained, ”The tweets here are in accordance with Article 19 of the UN universal declaration of Human Rights.”

Recall that Buhari had through the Minister of Information, Lai Mohammed Friday announced the ban on Twitter in Nigeria. This announcement did not sit well with Nigerians as many in defiance switched to VPN to access their Twitter handle.

Consequently, Nigeria’s Attorney General and Minister of Justice, Abubakar Malami, issued the directive Saturday in a statement signed on his behalf by his spokesman, Dr Umar Jibrilu Gwandu.

“Malami directed the Director of Public Prosecution of the Federation (DPPF) at the Office of the Attorney General of the Federation and Minister of Justice, to swing into action and commence in earnest the process of prosecution of violators of the Federal Government De-activation of operations of Twitter in Nigeria.’.
The Attorney General directed the country’s communications regulator, NCC, and the Ministry of Communication and Digital Economy to collaborate with prosecutors “to ensure the speedy prosecution of offenders without any further delay.”
Nigeria’s Ministry of Information and Culture announced the “indefinite suspension” of Twitter’s operations in Nigeria in a statement on Friday, just about two days after the company deleted a tweet by President Muhammadu Buhari that was widely perceived as offensive.
READ ALSO: Nigeria Loses N48,596,413,850b Daily Over Twitter Ban – Report
Information Minister Lai Mohammed had criticized Twitter’s action and accused the social media giant of “double standards.” Mohammed also questioned Twitter’s motives in Nigeria, saying, “the mission of Twitter in Nigeria is very very suspect…” at a news conference on Wednesday after Buhari’s tweet was deleted.
Nigeria’s ban on Twitter was swiftly implemented as Twitter’s site was inaccessible for many Nigerians from the early hours of Saturday.
However, some Nigerians were able to circumvent the ban, through the use of a virtual private network (VPN) which allows users to access public networks with encrypted internet connections.

FG Should Rescind its Declaration On Amotekun, NYCN Warns