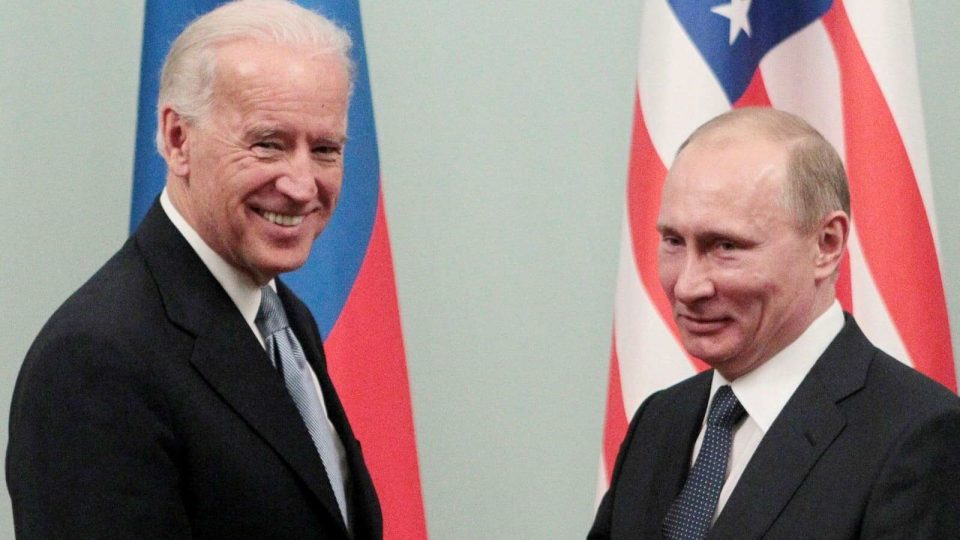 G7 in Cornwall, NATO heads of government in Brussels and finally a Putin-Biden face-to-face on the shores of Lake Geneva in Switzerland. It is President Joe Biden’s first foreign trip and designed to show, in his words, that “America is back.”

Not with the unilateralist, like it or lump it the foreign policy of the Trump years, but with a return to across the board multilateralist-driven leadership. One of the keys to this new policy will be US-Russian relations. And a big part of the meetings in Cornwall and Brussels is finalising tactics for the summit in Geneva.

He will deliver the list and then move on. Biden did not ask for the summit to list grievances. He asked for it to forge a new and more pragmatic relationship with Moscow as a counter to the real threat—China. During the Cold War years, the US successfully played Beijing off against the Russians. Now it is time to play the reverse side of the diplomatic coin: Russia against China.

But to judge the success of such a strategy you have to first understand the Russian leader’s position. And to do that you have to start from the premise that Russia is a failing state. However, it is also an ambitious failing state with the world’s largest nuclear arsenal—6,257 warheads. Putin inherited an economy that was tanking. He stopped the precipitous decline by selling out to oligarchs and has ended up a prisoner of the corrupt system he created.

Russian billionaires swan about the world in their private jets and superyachts while the Russian masses are possibly economically worse off than they were under Soviet rule. To divert the hoi polloi from their problems Putin sets out to discredit the West—especially America—so that his own “illiberal democracy” makes Russians feel good about themselves in comparison. As with most foreign policies, start with domestic concerns.

But there are other traditional historic concerns. The Russians have been obsessed with invasion from the West since the failed march on Moscow by Napoleon’s Grand Army. Hitler’s Operation Barbarossa and the Great Patriotic War is still an everyday political fact of Russian life. Soviet control of Eastern Europe and the division of Germany is hailed as a Russian diplomatic triumph which many would like to see emulated.

READ ALSO: Observations of an Expat: The Alex Problem

The reason is that Moscow sits on the Eastern edge of the North European plain which stretches all the way to the North Sea and performs the role of a two-way invasion route for opposing tank-based armies. Putin’s aim—probably the aim of any Russian leader—is to push the Russian sphere of influence and control as far to the West of Moscow as is possible. That is why he supports the unedifying and brutal dictatorship of Alexander Lukashenko in Belarus. It is why he has annexed Crimea and dispatched “volunteers” to fight for a breakaway state in Ukraine. It explains the heavily-armed Russian enclave of Kaliningrad on the Baltic and warnings about the West providing support to Ukraine.

It also explains why Putin is dragging his feet over re-negotiating a deal limiting intermediate-range nuclear weapon—the INF Treaty. These weapons are targeted almost exclusively at NATO forces in Western Europe. Strategic weapons are covered by the US-Russian Strategic Arms Reduction Treaty which has successfully reduced the intercontinental ballistic missiles that each country has aimed at the other.

The START Treaty has recently been renewed (February 2021) and will now run until February 2026. The renewal of START and the foot-dragging over INF is a prime example of what nuclear strategists refer to as Russian attempts at decoupling the United States from the defence of Western Europe. Russia makes concessions on nuclear weapons aimed at the US to make Washington feel good while increasing the pressure on its European backyard, thus raising the question in America of the benefit of protecting Europe.

Biden will come under pressure at the NATO heads of government meeting in Brussels to push for a renewed and—hopefully, tougher—INF Treaty. The problem is that saving START at the expense of INF may be one of the few negotiating tactics available to the US president. And at the moment he has few weapons in his negotiating armoury. As long as Putin is meddling in elections, Ukraine and Belarus the US-led West will impose sanctions. They are highly unlikely to be lifted in Geneva or at any time soon. So INF could be kicked into the long grass in order to win concessions over Russian positions on China.

At the moment Beijing and Moscow appear to be marching in lock-step towards an anti-Western future. But history has taught us that this is unlikely to last. Not only do we have the experience of the Sino-Soviet split of the Cold War years, but the Russians have long and vivid memories of the 240-year reign of the Golden Horde which swept out of the East in 1240 and left Moscow and Kiev smouldering wrecks. The invasion routes come from the East as well as the West, which could explain why Putin works hard to maintain influence in the former Soviet states in Central Asia.

Finally, while the White House and State Department regard Russia as a failed state, they also fear that its failure increases the threat from Moscow. Russia is no longer able to compete for hearts and minds in the developing world and it has been forced to dramatically reduce its conventional forces. This means that it will increasingly opt for the greater bang for the rouble offered by cyber warfare and nuclear weapons. A cornered and isolated enemy, it is argued by many, is far more dangerous and unpredictable than the old Soviet Union.

There has been an acute outbreak of bipartisanship on Capitol Hill. It has been brought about by an even more acute outbreak of Sinophobia. It appears that the one—and possibly only—thing upon which Democrats and Republicans can agree is their common fear of the rise of China. But most of all, they worry about defeat in the technology race which provides the essential tools for all the above. That is why the Senate this week voted by an overwhelming majority of 68 to 32 to pump $250 billion over five years into and development in America’s high-tech industries. It needs it. They worry about losing the values debate, the economic competition and the military debate. At the core of the technology, business is semi-conductors and America’s global share of production of semi-conductors has dropped from 37 per cent in 1990 to 12 per cent in 2021. Meanwhile, China, this year surpassed America’s spending (private and public) on R and D spending in high-tech. Xi Jinping has said that he aims to have China self-sufficient in the production of semiconductors and other high-tech products and services by 2025. It is a short jump from self-sufficiency to global dominance. US and Chinese competition in this field should be great news for the rest of the world because the likely result is more and better technology services for the rest of us. It should also spur other countries to follow suit for fear of falling behind. Israel and South Korea already invest more of their GDP’s on research and development than anyone else—4.6 percent according to the latest available figures. Britain has recently announced that its R and D investment will rise to more than $250 million a year to turn the country into a “science super power.”

One of the pillars of a democratic system is free and fair elections in which the largest possible number of people vote. The numbers are needed to give credibility to the result. That is why Australia introduced compulsory voting in 1924 after a poor turnout in the 1922 election. It is also why in Belgium, a non-voter finds it difficult to obtain a job in the public sector; and why ancient Athenians ostracised citizens who failed to turn up to cast their ballots. In short, the more who vote the easier it is for the elected government to do its job. Big turnout equals credibility. Which begs the question: Why is the US Republican Party so intent on making it more difficult to vote? Well, the short answer is Trump’s claims of election fraud. It is also the wrong answer. The fact is that there is very, very little voter fraud in American elections. The right-wing Heritage Foundation reported that they could find only 1,296 cases of proven voter fraud between 1992 and 2020. That is out of billions of votes cast in that 28-year period in federal, state and local elections. So why are the Republicans so keen on making it more difficult to vote? Because more voters usually lead to the election of more progressive or, if you prefer, left-wing politicians. This has certainly been the result of research in Swiss cantons which require compulsory voting. And American psephologists concur that compulsory voting favours the Democratic Party. So, the answer is that the Republican Party is not interested in widespread support to bolster its credibility at home and abroad, democracy or the US constitution. It is interested in power at the expense of democratic values.

One of the generally accepted and slightly derogatory definitions of a diplomat is “an honest man (or woman) sent abroad to lie on behalf of their country.” Certainly, the main purpose of any country’s foreign policy is to protect that country’s national interests. That is why diplomats will try to avoid outright lies, but will stretch the truth, prevaricate, equivocate and dissimulate in pursuit of their clearly-stated and known goals. And their counterparts know this, respect it and make allowances for it. This is especially true when it comes to negotiating things such as trade agreements which then become international law. But when the negotiations are over, the dust has settled and agreements signed the lying stops. Interpretations of what was agreed continue ad nauseum, but downright lying and law-breaking stops. If it doesn’t, the country that continues obfuscating will not be trusted in negotiations elsewhere and its conduct of foreign policy and protection of national interests will suffer accordingly. This is a major reason it is important that Britain respect the terms of the Northern Ireland Protocol. Accusing Brussels of “legal purism” or now claiming that the “fantastic” deal that it signed in December was done so “under duress” is counter-productive and damaging to Prime Minister Boris Johnson’s “Global Britain” policy. It has already annoyed proud Irish-American President Joe Biden who has warned Boris Johnson of repercussions if the protocol is not respected and damages the Good Friday Agreement. EU negotiator Marcos Sefcovic said after deadlocked talks in London this week that Brussels’ patience is “wearing thin.” And Commission President Ursula von der Leyen said that the protocol was “the only solution and must be implemented completely.” But it is not only the row over Northern Ireland which is creating distrust problems. This week British Health Secretary Matt Hancock told the House of Commons Health and Science Select Committee that Dominic Cummings, the former chief adviser to the Prime Minister, lied when he told the same committee that Hancock lied to the prime minister about his handling of the coronavirus pandemic. Well one of them lied. Or both. But the point is that lying has become the preferred coinage of political debate in a country which once prided itself on its word being its bond.

I Have No Hand In Sanusi’s Removal-Malami