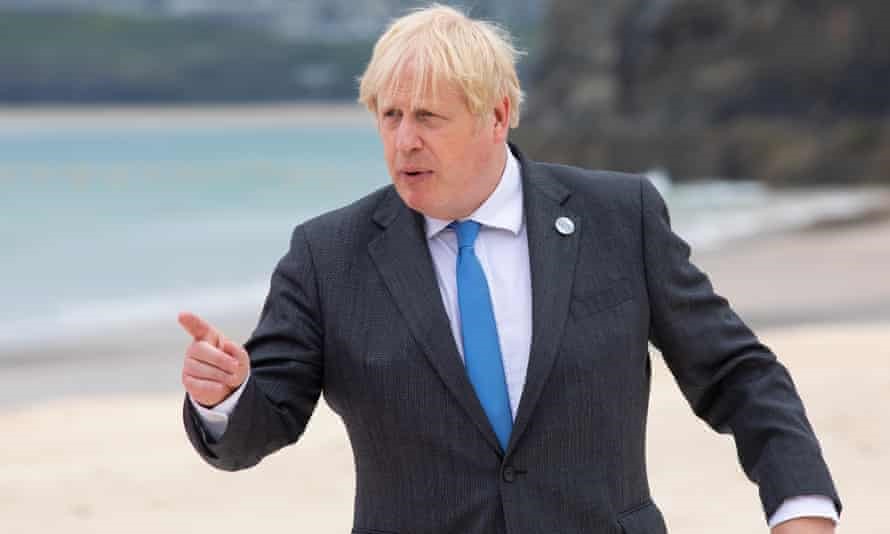 There were various issues that flopped the G7 summit as one considers it from Boris Johnson point of view.

A defensive Boris Johnson faced accusations that Brexit wars and his huge overseas aid cuts fatally undermined the G7 summit, as the gathering was attacked as “a colossal failure”.

At a closing press conference, the prime minister trumpeted agreements on the climate emergency and vaccine donations to hail the three-day event – seen as crucial to the UK’s international standing – as a success.

Asked about a diplomatic spat with France, over the UK’s failure to implement the Northern Ireland protocol, Mr Johnson insisted it had not deflected from the agenda he had set out.

The “vast, vast majority of conversations” had been about “other subjects”, he insisted, claiming: “There has been a fantastic degree of harmony between the leaders of our countries.”

But the G7 fell short of a target to donate 1 billion jabs to poorer countries – that itself only a fraction of the 11 billion the World Health Organisation says is needed.

And no new commitments were made to meet the promise – made 11 years ago – for rich nations to spend £100bn a year to help the developing world adapt to global heating.

Mr Johnson was asked if his £4bn-a-year overseas aid cuts had left him “without the moral authority” to secure those gains, but said: “Obviously, I reject that outright.”

The cuts had “not been raised by any other international leader, let alone the leader of a recipient country”, he insisted.

But Max Lawson, head of inequality policy at Oxfam, said: “This G7 summit will live on in infamy. Faced with the biggest health emergency in a century and a climate catastrophe that is destroying our planet, they have completely failed to meet the challenges of our times.

“The G7 have chosen to cook the books on vaccines and continue to cook the planet. We don’t need to wait for history to judge this summit a colossal failure, it is plain for all to see.”

And the Civil Society 7 (C7) group of charities said: “Without 10 billion vaccines, the removal of patents and investment in healthcare systems, pledges to inoculate the world by the end of next year ring hollow.

“Multiple commitments for climate action have been made and remade. Yet even after this summit, we are still short of the significant climate finance needed.”

On vaccines, the communique from the G7 stated: “We are committing to share at least 870 million doses directly over the next year. We will make these doses available as soon as possible and aim to deliver at least half by the end of 2021.”

And, on the £100bn climate fund, it read: “We commit to each increase and improve our overall international public climate finance contributions” – with no specific figures.

Mr Johnson said the UK was giving £11.6bn and claimed there had been “big pledges around the table”, saying: “I do think that we can get there.”

And he argued: “The world was looking to us to reject some of the selfishness and nationalist approaches that have marred the initial global response to the pandemic and to channel all our diplomatic, economic and scientific might into defeating Covid for good.

“And I do hope we have lived up to some of the most optimistic of hopes and predictions.”