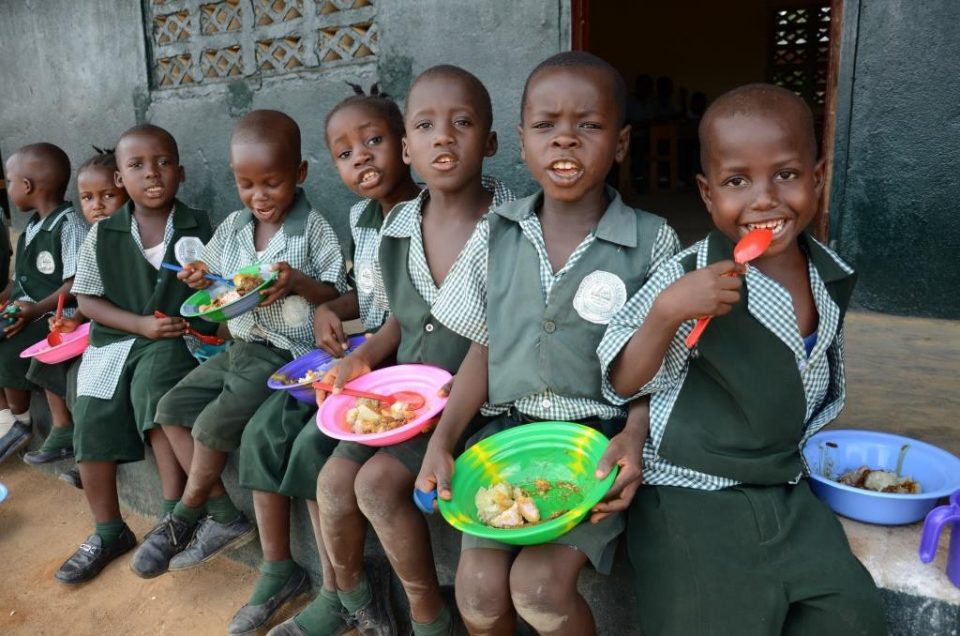 The Federal Government has set up trained personnel to monitor the distribution of food to about 1.2 million pupils in Kano State.

The decision is the sequel to the enrolment of 1.2 million primary school pupils into the National Homegrown School Feeding Programme in Kano State.

Baba-Amin Zubairu, Director of the National Social Investment Programme (N-SIP), stated this during the distribution of engagement letters and tablets to some trained Independent Monitors in Kano.

Speaking at the event, the Minister, Humanitarian Affairs, Disaster Management and Social Development, Sadiya Umar Faruk said the trained persons were to monitor the feeding programme.

Faruk represented by her Permanent Secretary, Bashir Nura-Alkali, said each independent monitor was expected to monitor the programme in their local government areas and report to the ministry.

He said that the devices to be used for monitoring were made in the country, and the monitoring application was designed by an indigenous company.

The Minister however urged them to work diligently and warned them against involving a third party in the programme.

READ ALSO: BrandMed and AstraZeneca partnership – a commitment to patients

On his part, the Secretary to the State Government, Alhaji Usman Alhaji, commended the ministry for its efforts to improve the living condition of Nigerians.

Alhaji stressed the need for the independent monitors to be committed in order to attain the desired set objectives.

BrandMed and AstraZeneca partnership – a commitment to patients