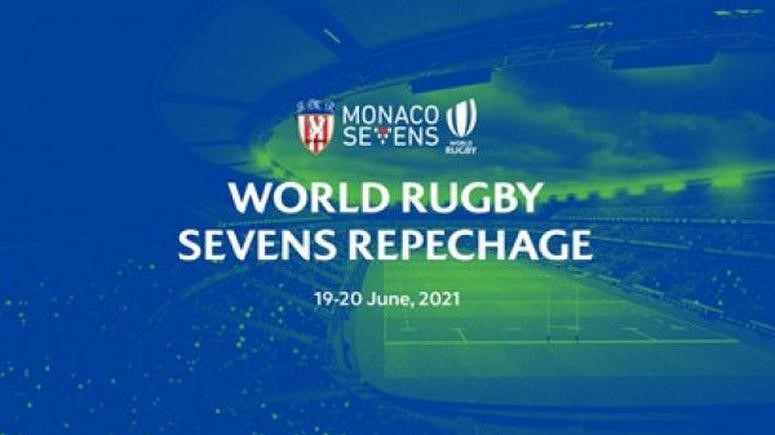 We recap the action from the opening match of the World Rugby (www.World.rugby) Sevens Repechage and look ahead to Saturday’s matches at Stade Louis II.

Zimbabwe recorded an impressive 21-0 victory against Mexico as the World Rugby Sevens Repechage (https://bit.ly/3gOFxvH) got underway at Stade Louis II.

Nine men’s teams and 11 women’s teams are in Monaco to compete for the three remaining places at Tokyo 2020, and Zimbabwe got off to the perfect start with three tries in their men’s Pool A opener.

Following a cagey opening four minutes, Zimbabwe’s Godfrey Magaramombe strode onto a pass from Ryan Musumhi and through a gap in the Mexican defence to score the first try of the match.

Both sides had a player sent to the sin-bin shortly before half-time, and Zimbabwe coped best with the disruption as they kept Mexico pinned inside their own half at the start of the second period.

With around two-and-a-half minutes remaining Magaramombe turned provider as he gave a scoring pass to Sam Phiri on the right wing. And, there was still time for Munopa Muneta to put some gloss on the win with a third try late on.

“To be back on the field in a place like this is amazing,” Zimbabwe captain Boyd Rouse said afterwards. “Playing these teams is the best and we’re all fighting for the last place [at Tokyo 2020].”

Saturday’s men’s action will kick off at 09:28 local time (GMT+2) when Samoa (https://bit.ly/35Bw8Ch), who were runners-up at the Rio 2016 repechage, get their Pool A campaign underway against Mexico (https://bit.ly/2ScpRdl).

Samoa’s second match of the day, at 12:34 local time, will be an all Pacific Island affair as they take on a Tonga (https://bit.ly/3iXsoTx) side captained by Rugby World Cup winner Malakai Fekitoa.

Fekitoa, who will line up alongside his brother Saia and uncle Alaska Taufu in Monaco, is one of three players who need to play 50 per cent of Tonga’s matches in order to become eligible for the country at 15s.

Tonga’s next match is against World Series core team Ireland (https://bit.ly/3gOFJep) at 15:24 local time, while their third and final match on Saturday is against Mexico at 18:01 local time.

The Crocs have never played a HSBC World Rugby Sevens Series (www.World.rugby/sevens-series) tournament and so face a stern test against a team who are not only a core team, but finished sixth in the truncated 2020 season.

Jamaica’s next assignment is against Hong Kong (https://bit.ly/3qhF4GE) at 12:56 local time, after which France will play Chile (https://bit.ly/3cR7l0Y), who finished joint-seventh when they appeared at the Rio 2016 repechage.

Chile will then play Hong Kong at 15:46 local time before Edmundo Olfos’ side round off Saturday’s action with their encounter with Jamaica at 18:23 local time.

Argentina (https://bit.ly/35Dy1OM) and Mexico will get the women’s repechage underway on Saturday morning when they take the field at Stade Louis II for their Pool A encounter at 10:58 local time (GMT +2).

The Argentines came sixth at the Rio 2016 repechage in Dublin while their opponents finished joint 15th, so both will be hoping for a fast start in Monaco.

Pool A rivals Russia (https://bit.ly/2UjXuKU), who have beaten finalists in Dublin five years ago, and Samoa will follow that match. Argentina will then play Samoa at 16:16 local time, with Mexico taking on Russia 22 minutes later.

Jamaica will not take their place in Pool B after withdrawing from the tournament on Friday due to travel complications encountered by the delegation. In accordance with tournament rules, their scheduled pool matches against Kazakhstan (https://bit.ly/2UjdVan), Papua New Guinea (https://bit.ly/3gC7aZM) and Tunisia (https://bit.ly/3vKdjHz) will be treated as bytes.

Papua New Guinea and Tunisia will face each other in the first Pool B match at 14:08 local time. Kazakhstan won all three of their pool matches in the repechage five years ago, and they will hope to keep that run going when they play Tunisia at 17:00 local time.

Vlada Odnoletok, the youngest player in the Kazakh squad at 19, scored a hat-trick of tries against Tunisia at the Youth Olympic Games 2018. Four of the Tunisian squad from that tournament have been selected for the repechage by coach Abbes Kherfani.

Meanwhile, tournament favourites France will kick-off their Pool C campaign at 14:52 local time when they take on Madagascar (https://bit.ly/3q7Gkfo), who finished 13th at the last repechage in Dublin.

By then Colombia (https://bit.ly/3cTlmLN), who like France qualified for Rio 2016, will have opened their campaign against Hong Kong and the South Americans will provide the opposition for Les Bleues in the final match of the day at 19:33 local time (GMT +2).

Camille Grassineau, who scored the first-ever Olympic sevens try just 14 seconds into the opening match of the Games five years ago, has been included in David Courteix’s squad and will hope to be smiling come Saturday night.