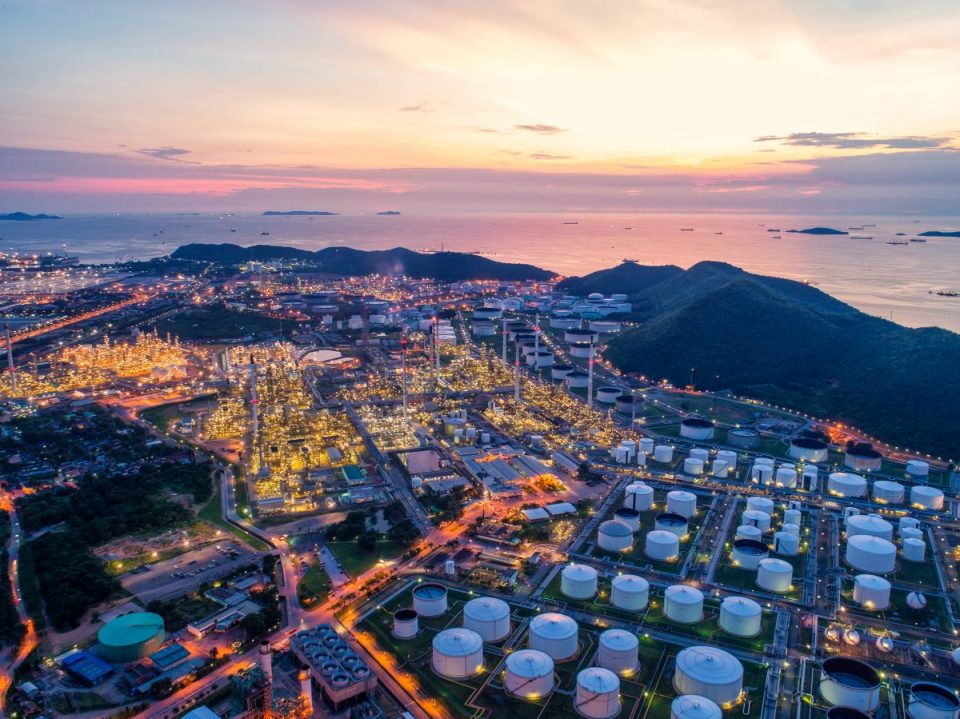 It was quite a shock to Africa Energy Chamber Executive Director NJ Ayuk – and an even bigger shock to the Chamber – that the London-based Hyve group decided to move the annual Africa Oil Week (www.Africa-OilWeek.com) from Cape Town, South Africa to Dubai. It was such a shock that the AEC shortly afterwards announced it was sponsoring Africa Energy Week (https://bit.ly/3qoxeed) on the same weekend (November 8-12) as the (Out of) Africa Oil Week.

Mr Ayuk works hard to ensure the interests of African companies and citizens in African energy ventures are widely recognized. He calls the duelling conferences a major confrontation between “Cancel Fossil Fuels” (Dubai) and “Protect our Oil and Gas Industry” (Cape Town).

The Cancel Fossil Fuels movement is currently being led by the International Energy Agency, which recently declared that all oil and gas exploration must cease immediately in order to achieve compliance with the Paris climate accords – and save the world from the mythical fires of hell on Earth.

The Biden-Harris Administration, the European Union, many Western banks and now even Western insurance companies claim the world faces a “climate catastrophe” if we “cling” to fossil fuels. They are lying, of course. There is no actual catastrophe on the horizon. And they know it!

The hoopla has been so successful that a recent Pew Research Center poll (https://bit.ly/3j57Pom) found fully a third of Americans now favour a full-on extinction of fossil fuels and engines that run on them. Only 64% of Americans prefer keeping fossil fuels in the energy mix. This is a nation with 270 million gasoline-powered vehicles and who knows how many gas furnaces and water heaters!

Hardly a day goes by without some entity virtue-signalling disdain for fossil fuels. The media imply that “no fossil fuels by 2050” is “the future.” They are dead wrong. Litigation attorney Francis Menton hit the nail on the head (https://bit.ly/3h1bFfv) in a recent real-world post: “The current legal onslaught is unlikely to limit world oil production significantly.”

Menton acknowledges the “multi-front legal onslaught” against the “major” oil-producing companies (not countries!). The war is not confined to lawsuits. Other weapons include new laws, regulatory initiatives and proxy contests. However, as Menton demonstrates, the oft-targeted “major” Western oil companies (ExxonMobil, Chevron, Shell, BP, Conoco Phillips) “are just not that big a part of world production.”

ExxonMobil, the largest of the group, was ranked just sixth, and Chevron was the only other “major” in the top ten. The top five are Saudi Aramco, Rosneft (Russia), Kuwait Petroleum, National Iranian Oil Company and China National. When is the last time you saw legal actions, major demonstrations or even public demands that those oil giants shut down?

Despite all the official kowtowing to Paris and even the IEA, not even all Western nations have any real intention of decarbonizing. Norway, for example, has openly stated its intention to increase (https://bit.ly/3gU2UoU) its investments in offshore oil and gas operations in 2021. Of course, in an official “woke” statement, the Norwegian government promised to facilitate long-term economic growth (https://bit.ly/2T13M1H) in the petroleum industry “within the framework of our climate policy and our commitments under the Paris Agreement.” Huh?

Meanwhile, the Norwegian Oil and Gas Association bluntly stated that (https://bit.ly/3jaR0bG) its members do not share “the assumption that OPEC members alone should account for more than half of oil and gas production for the world market in a 2050 perspective.” The reasons are obvious.

First, the result would be soaring energy prices and significant threats to global energy supplies. Second, Norway would lose revenues and jobs associated with industries like oil and gas, carbon capture and storage, hydrogen and recovery of seabed minerals.

Africans like Ayuk share similar views: that their countries cannot afford to throw away their best chances for economic growth, full employment, infrastructure development and modern living standards – to satisfy the whims and demands of wealthy Europeans.

To underscore their determination, Canada-based Reconnaissance Energy Africa is on the verge (https://bit.ly/3vUt1Qs) of turning the Namibian part of the Kavango Basin into a world oil capital. Exploratory drilling within the 8.5-million-acre Kavango Basin has confirmed that “Namibia is endowed with an active onshore petroleum basin,” says Namibia Minister of Mines and Energy Tom Alweendo. The country hopes oil and gas development will bring economic stimulus, increased infrastructure, access to potable water, and investments in environmental protection and wildlife conservation.

An earlier report identified 70 crude oil and natural gas projects planned for a startup in sub-Saharan Africa between 2019 and 2025; it also said Nigeria would be producing over a million barrels (https://bit.ly/2UDMMPH) of oil per day (BOPD) by 2025.

Two of Africa’s five largest oil and gas projects are in Mozambique: the state-of-the-art Mozambique liquefied natural gas (LNG) facility, which plans to tap into an estimated 75 trillion cubic feet (tcf) of recoverable offshore natural gas, and the 85-tcf Area 4 project, which includes the Coral and Rovuma LNG facilities.

BP just awarded a billion-dollar contract for construction of phase 1 of the 15-tcf Tortue Ahmeyim offshore LNG project, which benefits Mauritania and Senegal. Shell is planning to begin construction in 2022 of a $30 billion LNG liquefaction plant in Tanzania, which has over 57 tcf of recoverable natural gas reserves. And the East African Crude Oil Pipeline intends to transport crude oil from Kabaale-Hoima in Uganda to the Tanzanian port of Tanga.

None of these energy-rich African nations is eager to submit to IEA demands, which seem to envision only existing OPEC nations as future producers and refiners. This, it appears, is the dividing line between Africa Oil Week and the new Africa Energy Week.

A leading theme of Africa Oil Week (https://bit.ly/3xQC1HO) in Dubai is “Africa’s energy transition efforts toward a cleaner environment.” The Dubai event asks, “As the pressure mounts for regions, countries and companies to meet the Paris Agreement targets on eliminating carbon emissions, where does the continent stand?” (Resistance. Is. Futile. attendees want Africans to believe.)

Africa Energy Week has already garnered an impressive list (https://bit.ly/35S1BAe) of speakers, sponsors (https://bit.ly/3wXGdFJ) and attendees (https://bit.ly/3wXPFZU). It has a much different theme (https://bit.ly/3vRHmNJ) – and no lack of chutzpah. “Replacing Africa Oil Week” is the goal. The creators say their event “seeks to unite industry stakeholders, international speakers, and movers and shakers from the African oil and gas sector … to define and promote the African energy agenda through development, deal-making and private sector participation.”

Key topics at Africa Energy Week include making energy poverty history before 2030, the future of the African oil and gas industry, the role of women in energy, and opportunities and financial challenges. The AEC says this Africa-focused, in-person energy event is fully devoted to promoting African development and growth through African-held programs.

Ayuk says that the AOW’s move to Dubai provided an opportunity for Africans to stand up for African values. “We are going to fight for our future. We are not going to give in to this crowd. I am not worried about the attacks. We are going to stand for what is right.”