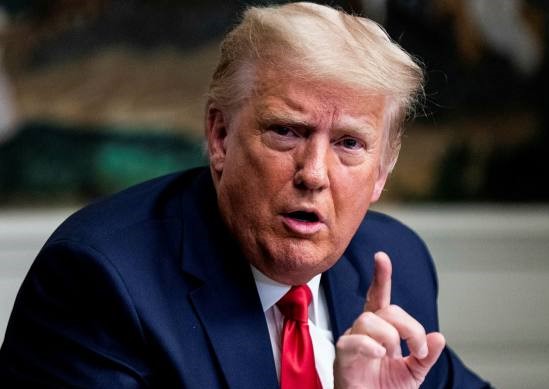 A top official at the Department of Homeland Security (DHS) revealed concerns about the conspiracy theory that former President Donald Trump will be reinstated in August, Politico reported.

John Cohen, the department’s top counterterrorism official, told Congress members on Wednesday that while there is no credible threat linked to the conspiracy theory, his staff are actively monitoring extremist communities online.

He also said he was worried the heightened claims of election rigging and beliefs Trump will be back in the White House could potentially lead to violence.

Cohen’s briefing comes in response to a report by the New York Times and the National Review published earlier this month that found that Trump reportedly told aides he could be back in the Oval Office by the end of the summer.

The reinstatement theory has also been touted by other prominent conspiracy theorists, including MyPillow CEO Mike Lindell, who told Rolling Stone recently that Trump will be president within months and the country “will be heading toward its greatest rebirth in history.”

To be clear, the conspiracy theory has no constitutional basis, as Insider has previously reported. The Supreme Court is not able to overturn a presidential election.

The only way to remove a sitting president is through impeachment, and if that were to become the case, the vice president would then take over.

A spokesperson for the department told Politico in a statement: “The Department of Homeland Security is focused on the nexus between violence and extremist ideologies, as well as hateful and false narratives. DHS is enhancing its ability to prevent acts of violence inspired by disinformation, conspiracy theories, and extremist narratives spread through social media and other online platforms.”

Trump has recently fanned the flames of the legally impossible conspiracy theory that the Supreme Court could throw out the results of the 2020 election and reinstate him as president.

The former president has reportedly embraced the idea that he will return to the White House by August, prior to any future election, according to The New York Times.

He told supporters to look forward to “2024 or before” in a Tuesday statement that bemoaned the “very fraudulent” 2020 election, Insider’s Mia Jankowicz reported. The claims of election fraud have been publicly and repeatedly found meritless in dozens of lawsuits, Jankowicz added.

Why NSCDC Arraigns Man In Court