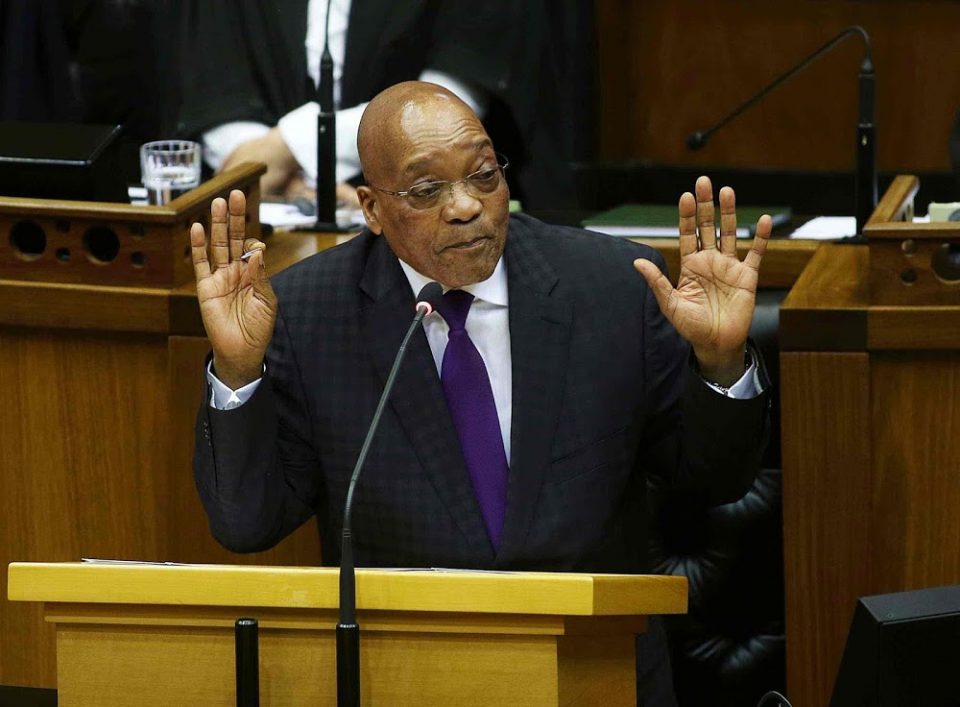 Jacob Zuma,  the immediate past President of South Africa has been sentenced to 15 months imprisonment for defying a court order to testify at a graft inquiry for aiding and abetting during his 9 years administration.

who’s been repeatedly implicated in aiding and abetting the plunder of state funds during the nine years he led South Africa, was sentenced to 15 months in jail for defying a court order to testify at a graft inquiry.

The South African Constitutional Court ruled in January that Zuma had to respond to questions from a judicial commission headed by Deputy Chief Justice Raymond Zondo. But the 79-year-old former intelligence operative accused the court and Zondo of bias, walked out of one scheduled panel hearing in November and boycotted another in February. The panel responded by filing contempt charges against him.

“This sends an unequivocal message in this our constitutional dispensation, the rule of law and the administration of justice prevails,” acting Chief Justice Sisi Khampepe said in a ruling in Johannesburg on Tuesday.

According to Bloomberg, the ruling offers a mixed blessing for President Cyril Ramaphosa, who has made the fight against graft a top priority. While Zuma’s incarceration will silence one of his biggest detractors and demonstrate his administration’s commitment to upholding the rule of law, it could also widen divisions within the ruling party and alienate its supporters in the former president’s home province of KwaZulu-Natal.

The government estimates more than 500 billion rands ($35 billion) was stolen from the state during Jacob Zuma’s rule, and at least 40 witnesses who’ve appeared before Zondo linked the ex-president to the looting spree.

Jacob Zuma, who the ruling party forced to quit in 2018 to stem a loss of electoral support, has denied wrongdoing and says the allegations against him are part of a smear campaign, Bloomberg reported.