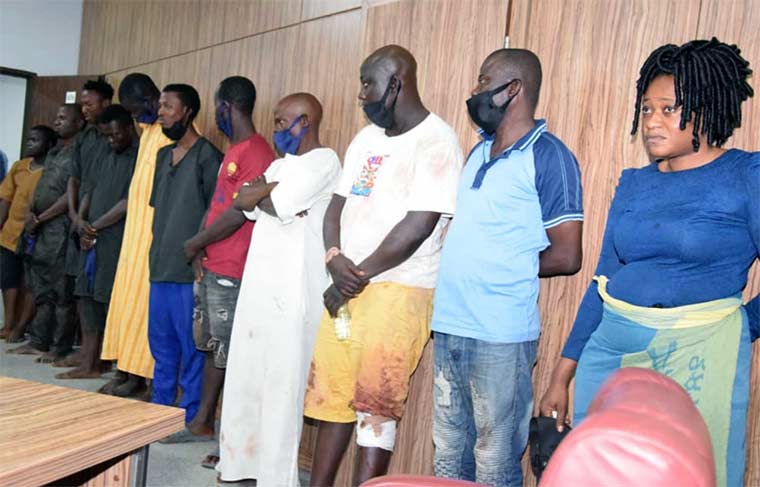 Legal counsel, Chief Yomi Alliyu (SAN), to the detained twelve arrested by Department of State Services (DSS) during the raid on Chief Sunday Adeyemo’s home, is seeking the unconditional release of his clients.

The twelve suspects were arrested by the Department of State Services on July 2 midnight raid and have since been detained in the DSS custody without producing in court for trial or releasing them on bail.

Their legal counsel, Yomi Alliyu (SAN), on Friday demands their release in a suit filed on their behalf at the Federal High Court, Abuja.

According to Alliyu, his clients’ continued detention without being taken to court breached the provisions of the law stipulating that suspects should be taken to court within 24 hours of their arrest.

The defendants are the Department of  State Services (aka DSS) and its Director-General.

The aforementioned detainees are praying for a court order “mandating and compelling the defendants to produce the applicants to enable this honourable court to inquire into the circumstances constituting grounds of their arrest and detention since July 2, 2021, and where it deems fit to admit the applicants to bail.”

They also want the court to order the DSS to explain why they should not be admitted to bail “in accordance with the provisions of the Administration of Criminal Justice Act 2015 and other extant laws in Nigeria.”

The DSS who admitted to having killed two suspects in Igboho’s house and arrested thirteen persons had also declared wanted Igboho, who escaped during the raid.

According to the DSS who stormed Igboho’s house around 1;30 am neither came with a search warrant nor came for the arrest in the day, said Igboho was in illegal possession of firearms.

Meanwhile, Sunday Igboho is just a Yoruba Nation agitator who also defends his people against the raping, kidnapping and killing of his people by the Fulanis who parade themselves as herdsmen.

However, no date has been fixed for hearing of the case filed against the DSS.