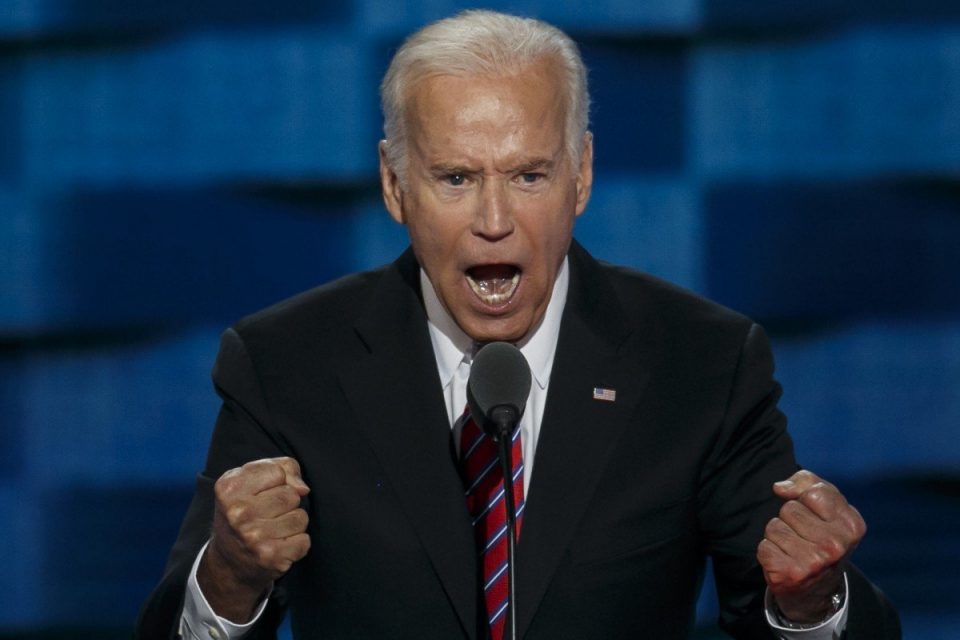 America believes in exporting its Democracy. And it has sought to do so right from the start. Congress regularly ties aid and trade packages to political change in developing countries, too often ignoring local conditions.

For many years America was seen by other countries as that “Shining City on the Hill” first mentioned in Jesus’s Sermon on the Mount and later repeated by Puritan leader John Winthrop and, more recently, by President Ronald Reagan.

Its war of Independence inspired the French Revolution, liberation movements in South America and elsewhere in the world. The stirring words of the Declaration of Independence are mirrored in similar documents across the globe.

But changes in American electoral politics means that the rest of the world is now questioning America’s claim to the moral high ground, and those questions undermine the success and stability of democracy elsewhere in the world.

There were two catalysts for the current dilemma. The first was the historically high voter turnout in the 2020 elections—74 percent of the electorate. Because of shifting demographics, these worked in favour of ethnic communities who normally vote Democratic. This convinced conservative Republicans that if they are going to gain and retain power they have to find ways of restricting the ethnic vote.

The next one was Donald Trump’s refusal to accept the result of the election. A gracious and civilised concession is an essential element in the democratic process. Trump’s insistence that he is a victim of electoral fraud undermines the democratic process and the Biden Administration and enables him to attempt to establish an opposing “legitimate” power base. Trump’s lies have also created perceived doubts about the fairness of the system. This has enabled Republican lawmakers to push through their changes to the voting system.

So, what has been the reaction to these catalysts? Well for a start there was the attack on Capitol Hill which has introduced a frighteningly violent core into conservative ranks.  Then there has been a move by mainly Republican (and some Democrat) legislatures to restrict voting rights in their respective states. It is being done at state level because under the constitution the states set the rules in their state. Article 1, Section 4, Clause 1 reads:

“The Times, Places and Manner of holding Elections for Senators and Representatives, shall be prescribed in each State by the Legislature thereof; but the Congress may at any time by Law make or alter such Regulations, except as to the Places of choosing Senators.”

This is the main reason the Supreme Court recently ruled against efforts to block restrictive voting rights. It was not necessarily in favour of the restrictions. It was just prevented by the constitution from stopping the states unless the restrictions were specifically aimed at an ethnic group in which the 1964 Voting Rights Act could be enforced.

Democrats in Congress tried to block the states (as per the constitution), but they ran afoul of the filibuster. As a result states can now limit drive-in voting, postal ballots, siting of polling stations, size of polling districts, voting hours etcetera. And they are doing it, and in almost every case it is at the expense of the ethnic/Democratic voters.

More worrying than the voting restrictions is the rights that Republican state legislatures are giving themselves to materially affect or even overturn an election result which they don’t like. In key battleground state Arizona, Republican legislators have introduced a bill that allows the legislature to appoint electors to the Electoral College if they don’t like the result provided by the voters.

In Georgia, another battleground state, the legislature has stripped Secretary of State Brad Raffensberger of many of his electoral oversight powers. He won the undying hatred of Republicans when he refused Trump’s plea to “find” him 17,000 votes in the Peach State. Georgia’s example is being followed by several other Republican-controlled states.

Georgia’s state legislature can now also replace the leadership of county election boards and in Texas they will no longer need to show that improper votes affected the outcome of an election to seek to reverse the results.

Recently a group of 200 prominent American political scientists signed a letter warning that changes in state laws “are transforming several states into political systems that no longer meet the minimum conditions for free and fair elections.”

The end of the Cold War was a triumph of democracy over authoritarianism. The following two decades saw a flowering of democratic governments in areas such as South America and Eastern Europe. Countries in those regions saw success and wanted a slice of the rewards it brought.

Now, however, third counties have the economic success of authoritarian China to compare against American democracy. The Chinese claim that their one-party system is more efficient, less divisive and better able to deliver economic rewards than the multi-party American democracy. At the same time, it appears to many that the Chinese one-party example is being pursued by sections of the Republican Party who seem more intent on power than the protection of democracy.

Joe Biden is wrong and right. He is wrong to think that the Afghan Security forces can hold off the Taliban. He is right to think that the US and its allies cannot stay in Afghanistan indefinitely. This means that the home-grown Taliban only had to wait until America tired of fighting before launching their offensive. And as America turned out the lights at Bagram Airbase, that is just what it did. In one week it has gained about a dozen new districts, including the Western capital city of Qala-i-Naw and most of the border crossings with Iran. It now claims firm control of 25 per cent of the country with assets almost everywhere else. The problem NATO faced from the start was that it had no exit strategy. Its budget was huge but finite. Its domestic political base supporting the war shrunk with the passage of time and it never successfully developed a political support system in Afghanistan. Its opponents, on the other hand, required little money or even manpower. They were fighting a religious war and their supply lines were measured in feet. Most important of all they were fighting to protect their homes, families, religion and way of life. The US, they argued, sought to impose foreign values. When the US has fought a clearly defined aggressor nation with a clear exit strategy—World War I, World War II, The First Gulf War—it won conclusively. When the US has invaded another country to remove a threat to its interests by imposing its values it has failed. What is the lesson?

READ ALSO: Observations of an Expat: A Black Russian Sea

Donald Trump is suing Facebook. He has also set his legal Rottweilers loose on Twitter and Google. The social media giants have had the effrontery to ban his incendiary tweets/comments on their sites. On the face of it, the suit seems frivolous in the extreme. But like most things, it is not quite that simple. One thing that American courts have steadfastly protected is the freedom of speech rights enshrined in the First Amendment. When newspapers have published confidential government documents and been threatened with treason charges, the courts and their interpretation of the First Amendment have protected them.  Of course, the difference between Trump’s case and that of the past media cases is that Trump is using the First Amendment to protect lies while the media was protecting the truth. The question is whether the courts will see it that way or just rule that free speech is free speech. Should the courts become involved in deciding what is a lie and what is the truth? Should companies that claim they provide nothing more than a cyber wall then turn around and exercise editorial judgement? The failure of Trump’s suit is not the foregone conclusion of some belief.

When Jovenel Moise took on the job of Haiti’s President he knew it was dangerous. After all, the country’s first president was assassinated after just a year in office. Another President was impaled on the railings surrounding the presidential palace and a third was chopped up and fed to the palace pigs. Haiti is a basket case. It was even before it became the first Black independent country in the Western Hemisphere in 1804. During the war of independence, Napoleon’s General Rochambeau tried to break the spirit of the slave revolt by boiling thousands of self-liberated slaves in pots of boiling molasses. The Blacks matched outrage with outrage and set the tone for Haitian politics for the next 200-plus years. Haiti is the crime capital of the Western Hemisphere. Police are reluctant to issue official figures because many of them involve corrupt policemen. It ranks 157 out of 184 countries on Transparency International’s Corruption Index. It is also the poorest country in the Western Hemisphere and one of the poorest in the world. Per capita income is $1,149. It was financially hamstrung from birth as France successfully demanded reparations which today would be valued at $20 billion. The debt was not paid off until 1947. The country’s early years also were hampered by its giant slave-owning northern neighbour– the United States — which in the 20th century repeatedly invaded and occupied the Caribbean country. But the biggest blow was the 2010 earthquake which killed an estimated 300,000 of the country’s 10.4 million people and destroyed the already creaking infrastructure. It has not recovered. Moise was not a popular leader. The last year has been marked by a rising crime rate and demonstrations calling for his removal from power. But, he was the only president Haitians had and was thus a symbol of their political independence. His murder—apparently by foreign mercenaries– is another insult and disaster for an oft-insulted and disaster-prone country.

Britain, Europe and the US are crawling out of Covid lockdown and returning to normalcy. The number of cases is increasing but the success of the vaccine programme means that hospitalisations and deaths are dropping fast. Not so the rest of the world. Australia shunned the vaccine for tough border controls. Unfortunately, the highly transmissible Delta Variant entered as an illegal immigrant and cases soared. Bangladesh, Russia, Pakistan, Malaysia, Vietnam, Cambodia, North Korea and even parts of China are experiencing a fresh wave of Delta-driven cases. In Japan, the Olympic games will be staged in empty stadiums because of coronavirus. But brace yourselves. The worst is yet to come—in Africa. The World Health Organisation reported this week that new cases are doubling every day and the continent’s inadequate health infrastructure is collapsing under the strain. Up until now, Africa seemed relatively immune, possibly because of most countries low average age. But the Delta variant attacks young and old. Covax—the international vaccine distribution system—has commenced delivery of the vaccine, but so far only two per cent of Africans have been jabbed. Covax has 521 million doses which seems a lot, but it falls way short of enough. Two doses are required for the population of 1.288 billion. The problem is further exacerbated by the fact that Covid will continue to mutate. It has gone through at least three versions in less than a year. Who knows what variant will emerge from the hot and humid African jungles and how effective the vaccines will be against it as a new variant heads north to Europe and America and Asia. Vaccinating Africa must become a priority to save lives in the Southern and Northern Hemispheres.