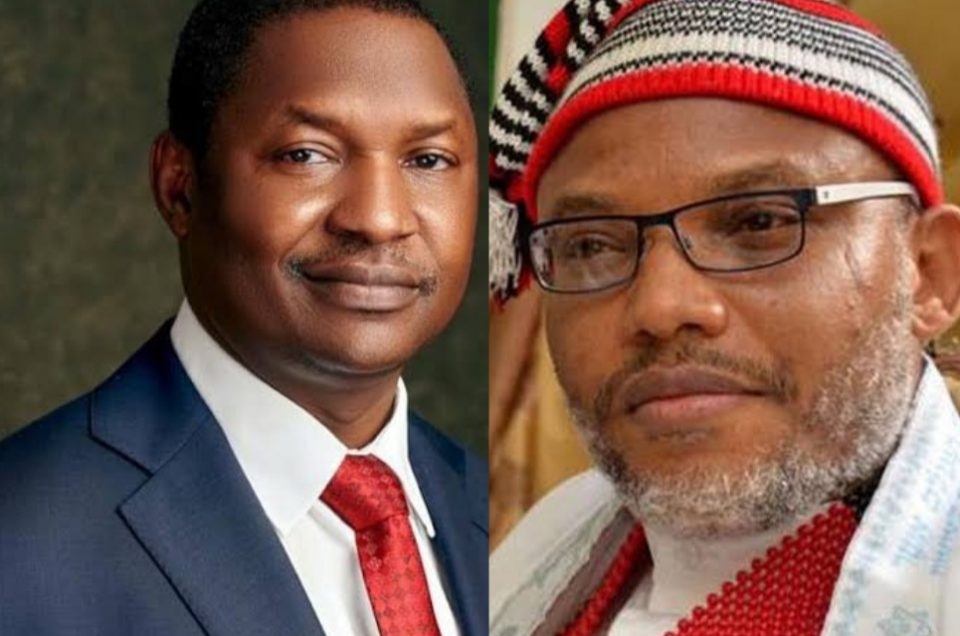 Ohanaeze legal team have stormed the office of the Attorney General of the Federation and Minister of Justice, Abubakar Malami, to chart the way forward on the trail of the leader of the proscribed Indigenous People of Biafra, Mazi Nnamdi Kanu.

Jibrilu Gwandu,  the Special Assistant on Media and Public Relations to the Office of the AGF confirmed this Monday in a statement he issued.

The statement stated that the position of Ohanaze Ndigbo on the issue of Kanu demonstrated their recognition of belonging to Nigeria and succumbing to the rule of law.

“The when Ohanaeze said they ‘do not support the use of any form of violence’ while channelling concerns and presenting demands.

“By urging the youths to be law-abiding and sheath their sword as well as asking them to try to obtain a voter’s card to enable them to contribute to national development, the position of Ohanaeze becomes glaringly constitutional and commendable.” it read in part.

Malami also stated that the current administration “respects the rule of law and does not advocate for the breach of law. Hence, with or without the so-called monitoring group, justice will be adequately served to Nnamdi Kanu in compliance with the enshrined provisions of the law.”

He also expressed hope that the group will be open-minded and guided by the rule of law as they will convey the court’s judgment to their people in their local dialects.

Observations of an Expat: Looking Foolish