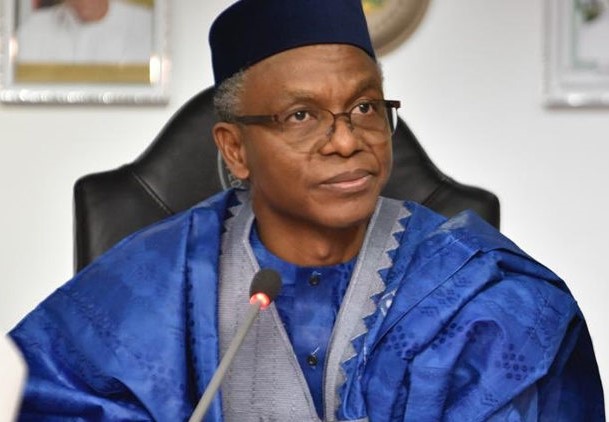 Due to the worsening state of insecurity in Kaduna State, the Middle Belt Forum, MBF seeking a declaration of a state of emergency by President Muhammadu Buhari.

Recall that over the years, Kaduna has been in the eyes of the storm over incessant attacks by terrorists, killing, kidnapping and raping the inhabitants.

MBF National President, Dr Pogu Bitrus, made this call in a statement issued in Abuja that criticised Kaduna State governor El Rufai handling of the situation, adding that  El-Rufai, appeared not prepared to tackle the security challenges confronting the state.

He lamented that Governor El Rufai had practically done nothing to secure the lives and property of vulnerable communities by bandits and terrorists.

Dr Pogu Bitrus said:   ‘’The Middle Belt Forum, MBF, is deeply worried by the ugly security situation in the country, especially Kaduna State where the rising spate of insecurity has continued to degenerate daily.

‘’Communities across various local government areas in the state have come under unending severe attacks resulting in gruesome massacres, raping of women, destruction of property, incessant kidnappings made worse by huge payments of ransom to secure the release of abducted persons and displacement of thousands of people out of their homelands

‘’While the above scenario has become the new norm in Kaduna State, the political authorities seem either incapable of dealing with these security challenges or deliberately unwilling to stop the recurring bloody tide headlong, thereby suggesting complicity on their part.

‘’More worrisome is the fact that attacks by these killer herdsmen and Fulani kidnappers on defenceless communities have led to massive displacement of people from their ancestral lands, thereby creating a catastrophic humanitarian crisis and rendering farmers unable to access their farmlands for agricultural activities.

‘’Current attacks on schools have also led to the withdrawal of pupils and students from schools or outright closure of such schools. The negative consequences of these on education and food security can only be imagined.

‘’On the other hand, kidnappers have taken over all the routes linking Kaduna State to other parts of the country where they have continued to unleash terror on road users.

‘’These criminals are not only engaged in abducting farmers from their farmlands but have also resorted to breaking homes at night to abduct people.

‘: Sometimes, members of an entire family are kidnapped and herded into the forest where relatives of victims are forced to pay unimaginable amounts of money in ransom. Oftentimes, some abducted persons are killed even after such ransoms are paid.

‘’This trend has triggered massive relocation of residents who now abandon homes they had built with retirement entitlements and now squat in crowded neighbourhoods only waiting to be further invaded.

‘’In recent instances, two nurses were abducted from the Idon General Hospital in Kajuru LGA of Kaduna State on April 22, 2021, and are yet to be released even after the payment of N10 million to the kidnappers.

‘’On Monday, July 5, 2021, these daredevil kidnappers who have become brazen also launched an attack on the National Tuberculosis and Leprosy Centre in Zaria where they abducted 10 persons, including five nurses, infants and their mothers.

‘’On May 21 2021, about 77 members of the Libere community (including women and children) in Kajuru LGA were abducted when they returned to their ancestral land after taking refuge in an Internally Displaced Persons, IDP, camp since May 2020.

‘’This incident has never had any mention from the regular security updates routinely issued by the government of Kaduna State. As it stands, the abductors are demanding N350 million as ransom.

‘’At the weekend, Warka village in Zangon Kataf LGA was attacked and nine persons, including four children, three women were killed just as no fewer than 13 homes were completely razed down.

‘’Before the weekend, Kiboro village in the same local government area came under attack on Wednesday. A widow and her three children were slaughtered by the murderers.  Again, on Friday, June 21, 2021, the Ungwan Madaki community in Chikun LGA, the outskirts of Kaduna, was attacked by these cold-blooded criminals who killed two persons and kidnapped 26 others, including infants. Four of the victims have been killed over inability to pay the ransom, while 22 persons are still languishing in the den of their captors.”

‘’Before then, two lecturers with six students from the Nuhu Polytechnic Zaria were abducted and were only released on Friday after the payment of huge ransoms for their release.

‘’The Afaka students’ abduction on March 11, 2021, and the murder of five undergraduates of Greenfield Students in the last week of   April 2021 and the payment of N200 million by poor parents to secure the release of the undergraduates have become reference points in portraying the daring expedition of these callous criminals that have made our communities not only unsafe but poorer.

‘’Most disturbing is the recent abduction of over 120 students of Bethel Baptist High School in Damishi that is located in the outskirts of Kaduna. These minors are still being held captive in the forest with no food, shelter or medication.

‘’This new wave of attacking schools by the bandits appeared to be in the agenda of Boko Haram and is aimed at frustrating the education of future generations upon whose shoulders lie the future greatness of our nation.

‘’The most worrisome is the attitude of Governor Nasir Ahmad El-Rufai towards tackling the security challenges confronting the state. While he has refused to negotiate with kidnappers, he has also not done anything to secure these weak communities against further attacks on vulnerable communities.

‘’More than anytime, Governor el-Rufai has continued to provoke bandits through unguarded utterances that have further enraged them to unleash more terror attacks on various communities.

‘’Arising from the glaring failures by Governor el-Rufai to protect lives and property, the MBF is calling on President Muhammadu Buhari to declare a state of emergency on Kaduna State as the governor has shown gross incapacity to maintain peace.

‘’We call on security forces to create necessary synergies with attacked communities through the establishment of local vigilante groups to track down these criminals that have declared war on our people.”

Protesters For Ihedioha Say They Are Promise N2000 Each