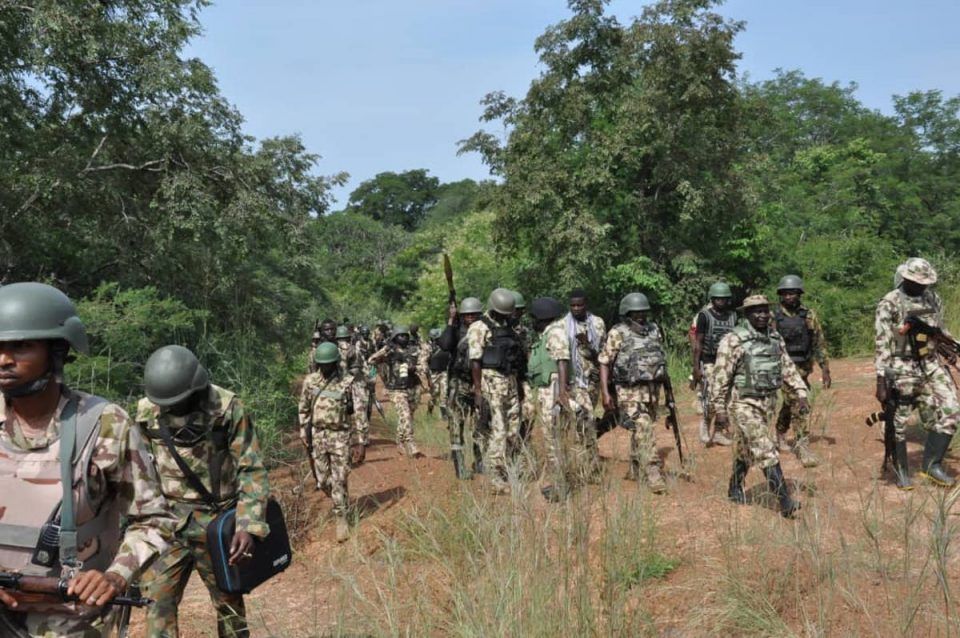 Nigerian troops of Operation Hadin Kai, deployed at Maiduguri-Damaturu in Borno State have rescued seventeen civilians from being kidnapped by Boko Haram terrorists.

Brig.-Gen. Onyema Nwachukwu, the Director of Army Public Relations, in a statement, disclosed this on Tuesday in Abuja.

According to Nwachukwu, the terrorists had attempted to infiltrate Auno village through the Rail Line adjacent to the community but were quickly intercepted by troops in a fierce gun duel.

He said further exploitation conducted by troops of 7 Division Garrison and 212 battalions, resulted in the successful rescue of the commuting civilians, who were abducted during the attack at Kontori along Maiduguri-Damaturu road.

He said that the rescued civilians have been adequately documented and handed over to officials of Rapid Response Squad for further action.

Nwachukwu said: “Recall that it was during the said attack that our troops were involved in a road traffic accident while responding to a distress call from the area.
READ ALSO: Oyetola reawakens socio-culture of public, civil servants with compulsory use of ‘Adire Osun’

“The Chief of Army Staff  (COAS), Lt.-Gen. Faruk Yahaya commended the troops’ commitment and decisive operations against the terrorists.

“Yahaya also expressed his readiness and resolve to support the troops with requisite logistics and welfare to enhance their operational efficiency.”