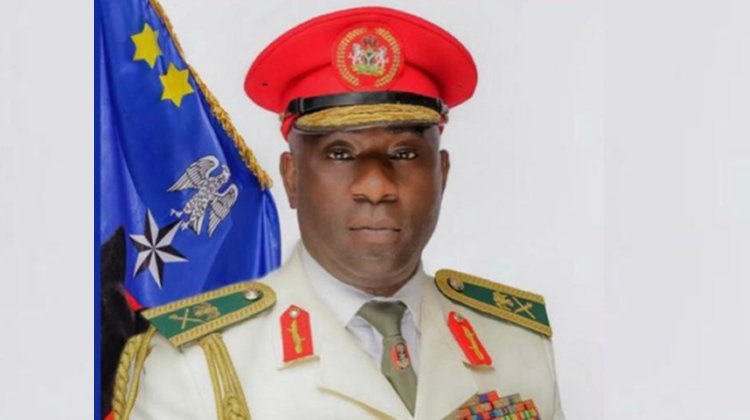 Nigeria has once again lost Major General Hassan Ahmed, one of its finest generals and former Provost Marshal to unknown gunmen in Abuja.

General Ahmed was ambushed and killed around the Abaji area by a group of armed men while transiting along Lokoja, Abuja road.

It was gathered that while the gunmen murdered Ahmed,  his sister identified as Safina Ahmed who was mistaking for Ahmed’s wife was kidnapped.

The siblings and the deceased’s driver, Sergeant Bukar were returning to the nation’s capital from Okene when they were attacked.

The Nigerian Army while confirming the death of Ahmed said the former Provost Marshal was murdered by gunmen on Thursday night.

In its reaction, the Director of Army Public Relations, Brigadier General Onyema Nwachukwu announced the death in a statement early Friday morning.

He said the incident happened when the top officer’s vehicle, “was attacked by gunmen while transiting along Lokoja – Abuja road”.

According to him, an Army delegation, led by the Chief of Policy and Plans, Major General Anthony Omozoje, had visited the widow and other members of the bereaved family.

He disclosed: “The remains of the deceased senior officer will be accorded a befitting burial at the Lungi Barracks Cemetery on Friday, 16 July 2021 by 10 a.m.