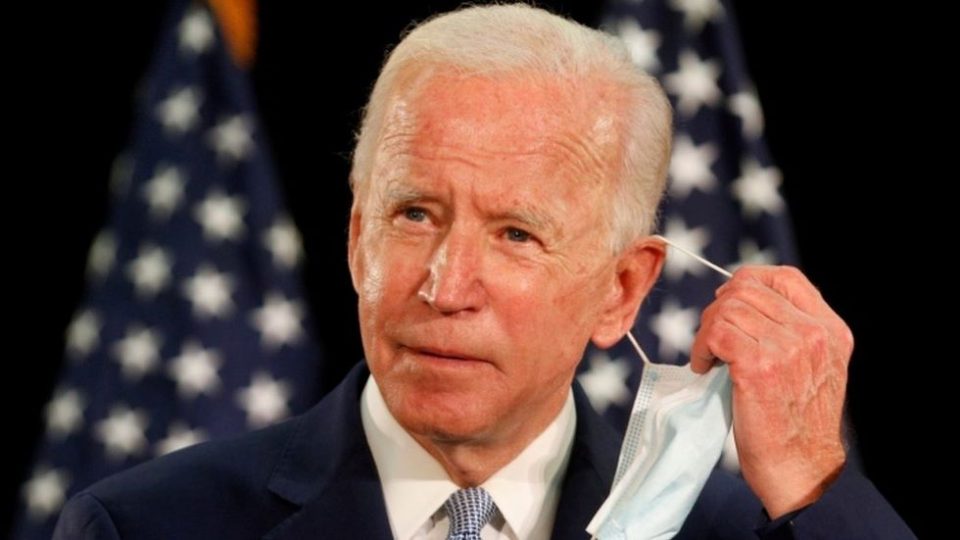 America has developed its own version of Original Sin. It is called the Critical Race Theory and is proving to be yet another toxic debate topic dividing Black and White and the growing chasm separating America’s right and left.

Original Sin was propagated by St Augustine in the 4th century. It maintained that every human was born sinful and spent a lifetime fighting against it. The Augustinian philosophy was a major tenet of the medieval church and proved especially with the breakaway Protestant sects. Gradually, however, first the Catholics, and then most of the Protestants revised their thinking. Sin was washed away with the sacrament of baptism and replaced with personal responsibility.

Critical Race Theory maintains that all Americans—or at least all White Americans—are born racist. Racism is systemic in American society, reinforced by the law, sub-consciously taught in American classrooms and a key element in American political structures and police forces because of the country’s tainted history. It can only be rooted out with a serious re-education effort and change at every level.

This does not sit well with a lot of White Americans—and not just the White Supremacist brigade. They willingly accept that slavery, Jim Crow and segregation were bad and shameful. But White America made recompense for that with subsequent civil rights laws.

Critical Race Theory attacks their self and national image as the land of meritocracy where every person has an opportunity to rise to greatness on a level playing field that stretches from sea to shining sea. Yeah, sure, say Americans of colour. If you are White.

Critical Race Theory has another element that disturbs many Whites. It vilifies slave-holding founding fathers such as George Washington and Thomas Jefferson and attacks the constitution as pro-slavery. Generations of Americans have deified the founding fathers and the constitution is virtually a secular Bible. It is nigh impossible for them to jettison those beliefs.

Critical Race Theory (or CRT) had its origins in the 1970s with African-American Harvard Law Professor Derrick Bell. He noted that despite the raft of civil rights legislation, there had not been that much of a change in the economic conditions of African-Americans. Bell concluded that this was because the building blocks of American history had constructed a society that was systemically racist and that precedent-based law supported it.

READ ALSO: Observations of an Expat: Free and Fair Elections in America

CRT remained a relatively obscure theory until 1990 when President Bill Clinton tried to appoint one of its strongest proponents to a federal judgeship. The nomination was opposed by all Republican senators and a significant smattering of Democrat lawmakers. The nomination was withdrawn and CRT sprang into the headlines.

However, it did not become “The issue” until the Black Lives Matter and the murder of George Floyd Matter. And it truly took off with the New York Times Pulitzer prize-winning 1619 Project. The date is significant as the first time African slaves were landed in Virginia. The project itself “aims to reframe the country’s history by placing the consequences of slavery and the contributions of Black Americans at the very centre of the US narrative.”

The result was that companies and federal offices introduced CRT-based anti-racist training for their staff and, more importantly, it started being taught in schools. The White backlash was led by one Chris Rufo who maintained that Critical Race Theory “poses an existential threat to the United States” and is “anti-American” He was given a megaphone platform by Fox News, from which called on President Trump to stop CRT training in federal offices. Trump listened and did just that, and went further and set up a commission to reinforce the traditional teaching of American history. He called it the 1776 Commission as a clear dig at the New York Times 1619 Project.

When Joe Biden took office he re-introduced CRT training in federal offices and scrapped the 1776 commission. “We can’t continue to just teach what we want to know instead of what we need to know.” He told a crowd gathered to mark the anniversary of the previously unmarked 1921 massacre of African-Americans in Tulsa, Oklahoma.

The political lines are now clearly delineated. The Democrats have embraced Critical Race Theory. The Republicans—seeing it as a profitable stick with which to bludgeon the looney left Democrats—have attacked it as “toxic, anti-American, neo-Marxist, communist and, in its own way, racist.

The issue of CRT training in schools has already led to fights and arrests at normally boring public meetings of county state education boards. Corporate America is struggling with how to deal with the issue. It is now at the forefront of political debates between candidates battling in next year’s mid-term elections.

It is not about to go away. CRT will soon cross the Atlantic—if it hasn’t already—and become part of the debate over the colonial legacy of Britain and Europe. Critical Race Theory is here to stay. It can no longer be swept under the carpet. Ways must be found to deal with it to prevent dangerous divisions in society.

Cuba may be reaching the end of its long search for Utopian Socialism. Shop shelves are empty. People are hungry. The Pandemic is spreading. Jobs are scarce. Money is tight.  The people have taken to the streets to demand change. The marching slogan of the communist regime was “Defend our homeland with our life.” Now they are rioting and shouting: “Homeland and Life.” The cause of the current crisis is fourfold:  1- The cumulative effect of 60 years of economic sanctions. 2- The collapse of Venezuela as an economic substitute for the Soviet Union. 3- Coronavirus and finally, the government’s inability to deal with any of the above. The Obama Administration’s lifting of sanctions and a promise of future normal relations held out the olive branch of hope and economic prosperity. Then it was snatched away by Donald Trump as part of his pursuit of Florida’s Cuban ex-pat vote. Joe Biden is so far refusing to re-extend it. He smells the strong possibility of the long-established US policy of regime change. It is the second time that Cuban regime change has been at the edge of the abyss. When the Soviet Union collapsed in the 1990s the Cuban economy shrunk by half overnight and tens of thousands of Cubans were encouraged to flee to Florida. Then Venezuela stepped in with oil for doctors’ scheme and when Obama announced the lifting of sanctions a wave of hope engulfed the island. Coronavirus is the final straw. Cuba’s much-vaunted health service appeared to have rescued the island from the pandemic. But it has now succumbed with new cases trebling in the past month. When faced with past problems, the communist government has responded with the political stick as its powerful security apparatus simply rounded up and jailed the protesters. This time it is carrot and stick. Protest leaders are being thrown behind bars but at the same time, the government is offering greater consultation. It is a chink in the communist armour which could easily and quickly widen.

Ten years from now—probably less— 2021 will not be known as the year of coronavirus. It will be known as the year that the world was dragged kicking and screaming to the reality of climate change. In the Pacific northwest—a region known for its balmy weather—people are literally boiling to death. Wildfires are spreading through Western and Southwestern America. In Germany, Belgium and the Netherlands they are drowning. Australia’s Great Barrier Reef—spawning ground for Pacific marine life—is dying.  Sea levels continue to rise and threaten island nations and the world’s coastal communities. Greenland is emerging from under an icecap tens of thousands of years old and the Northwest Passage is opening to shipping. Against this rapidly changing environmental background, The European Commission this week announced the world’s most sweeping Green agenda to date.  The business community has attacked it as too much too fast. Environmentalists denounce it as too little too late. The aim of the commission’s proposal is to reduce EU carbon emissions from 1990 levels to 55 per cent by 2030 (they have already been reduced by 24 per cent) and to be carbon neutral by 2050. To achieve that aim they will tax aircraft fuel; ban petrol and diesel fuels within 20 years; raise tariffs on steel, concrete; provide financial help to insulate homes, reduce coal production and invest heavily in renewable energy projects. The plans still face months of haggling with coal-producing member states such as Poland and trading partners in the US, China and India. But it is a clearly stated and understandable start.

The Taliban continued its march towards victory this week with the capture of a key border crossing in the southeast corner on the Afghan-Pakistan border. The Spin Boldark crossing near Kandahar is one of Afghanistan’s economic arteries. It provides access to Quetta, one of Pakistan’s major cities where many Taliban have sought refuge. Nearly a thousand lorries a day pass through Spin Boldark to Quetta markets and beyond that to the port cities of Karachi, Muhammad bin Qasim, Keti Bunder and Gwadar. These lorries paid a crossing fee which now goes to the Taliban instead of the government in Kabul. Of possibly greater importance is that the Taliban has gained and the government has lost a major route for military supplies.

Boris Johnson won his parliamentary vote on foreign aid this week. The world has lost. British foreign policy has lost. The Prime Minister has dealt a self-inflicted mortal blow to his much-vaunted Global Britain policy; damaged Britain’s standing in the world and achieved a likely pyrrhic victory.  The final vote was 333 to 298 to cut £4 billion out of the overseas aid and to tie any increase to economic recovery at some ill-defined date in the future (most experts say at least five years). It is estimated that the cut will result in the loss of 100,000 lives and severe malnutrition for millions. However, it will appeal to Boris’s newfound an electoral base in the North of England whose long-ignored voters have argued for years that charity begins at home. But it will have a negative impact on a growing number of well-established conservative voters in Tory strongholds in the south, southwest and southeast of England. Foreign aid cuts on their own won’t swing them away from their tribal roots, but the Boris package as a whole is losing its appeal. The key is the prime minister’s penchant for ignoring the law and parliament in pursuit of political gain. British aid had been allegedly set in the concrete of British law at 0.7 per cent of GDP. Boris’s decision to reduce it to 0.5 percent is just another example of his eagerness to ignore the law and parliament and rule by decree. This is unlikely to sit comfortably with a growing number of well-educated, elite-minded voters in the south of England.