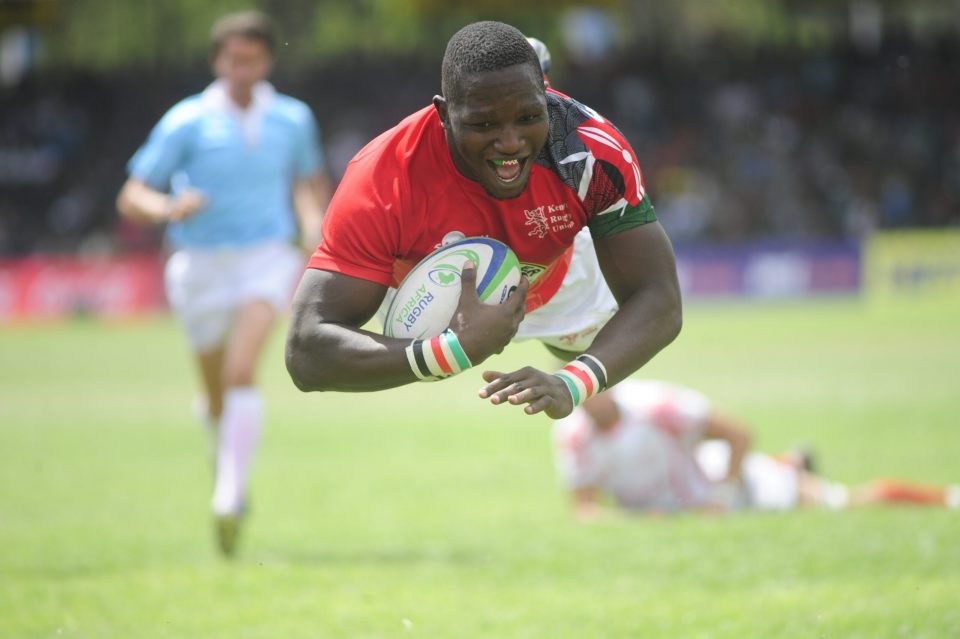 Fighting adversity and being faced with extreme poverty in the Kampala urban slum of Nakawa, was no deterrent for Rugby Africa Unstoppable (www.RugbyAfrique.com) and international player Samiyah Ayikoru who used rugby to provide a better life and stand as a shining beam for young women in Uganda.

Twenty-two-year-old Samiyah is a confident, young woman, who despite what life had offered her, used it as a springboard to become a certified World Rugby level one coach for both rugby and touch rugby.

The three-time Uganda Sports Press Association Female Rugby Player of the years 2015, 2017 and 2019, is a force to be reckoned with.

Reflecting on her start in rugby Samiyah recalled tossing the oval ball, at the age of seven, mostly with boys, at the Kyadondo rugby grounds, where she found a safe place.

“I started my life on the frontline facing a life of poverty in which education, clothing and shelter were a luxury. On most days we would go hungry and as the child head of my household, I had to fend for myself and my siblings to earn a living. There was a lot of hard work and sacrifices made to survive slum life. Rugby became a safe space for me, and I began to dream of better and see a light at the end of the tunnel.”

Learning about keeping fit and healthy, while making friends, Samiyah remembers looking forward to the buttered bread and bananas they would receive which would ensure that she did not go to bed on an empty stomach.

Becoming hooked on the game, by the age of 16 she made her first national team appearance for the Lady Cranes 15’s and later for the Uganda 7s. Now as a Rugby Africa Unstoppable the petite player is making a way for other young women, who come from a similar background, to reach for their dreams.

“I appeal to all young girls and women especially in marginalized communities like the urban slum to use a sport like rugby to find a safe space and voice to deal with everyday challenges. The core values of integrity, discipline, respect, solidarity, and passion will guide you to make better life-long decisions.

Secondly, rugby opens many doors as there are many opportunities. As a player, coach, team manager, referee, or administrator, you can build confidence and self-esteem, while living a healthy and responsible life. It also allows you to make friends and new connections while travelling the world and becoming a role model to young girls.”

She added that rugby was a powerful tool to transform lives and as one of the 12 African females who represent as a Rugby Africa Unstoppable, she herself has gone through various life-changing activities and gained invaluable experience.

“My hard work, commitment, determination and resilience has paid off over the years. I have become more confident and can address issues affecting young women including breast cancer awareness, gender-based violence and inspire young women with my story. Rugby is a sport for all sizes, and it has taught me to survive in all situations and to never give up in life.”

Besides being a multi award-winner, Samiyah has engaged in self-development courses in coaching, first aid and referee officiating to improve her knowledge, skills, and attitude as she prepares for life on and off the field.

“Despite my size l am recognized as a role model among my peers and young girls. Being a Rugby Africa ambassador for Uganda has been a great honour and privilege. I have been able to reach out to more girls and women in slum areas as well as rural areas, and teach them about rugby and its benefits to an individual and the community they live in.”

Rugby Women’s Advisory Committee President, Paula Lanco, said it was the likes of young women like Samiyah that spoke to the success of women in rugby.

“Samiyah is a beautiful story of how sports and in particular rugby elevated the life of a young woman in Africa. It has opened doors for her that she never imagined, and she has shown immense growth and capability to take a lead in women’s rugby.”

Women’s Rugby Manager at Rugby Africa Maha Zaoui said that Samiyah was the essence of what a Rugby Africa Unstoppable stood for.

“Samiyah has proven repeatedly that she has unstoppable qualities and is a trailblazer in Uganda women’s rugby. She comes with a compelling story that raises the profile and promotes diversity in the game.”