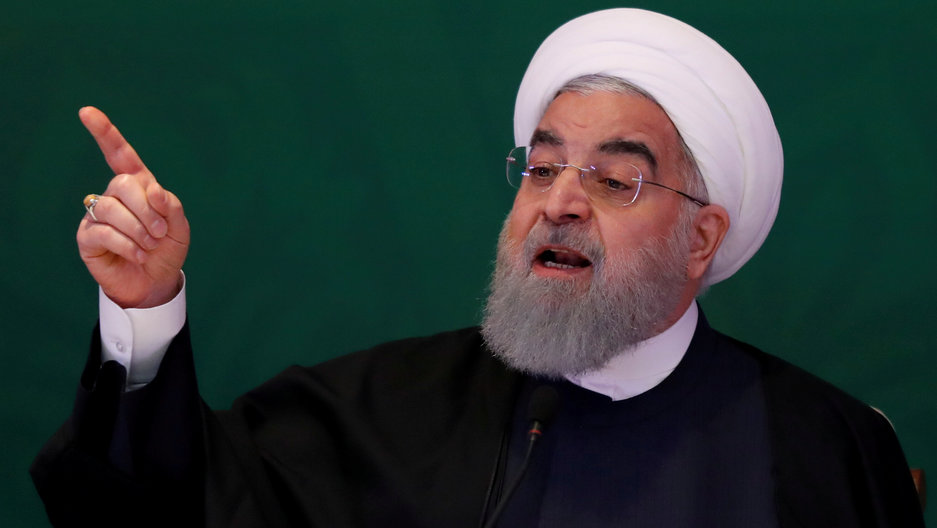 BY AGENCY REPORTER
Who in Iran decides when to use its nuclear weapons, is the question asked globally, considering the fact that Iran being in possession of nuclear weapon allegation is no longer news.
Therefore assessing the danger that Iran poses to the world through its development of nuclear weapons, missiles and other weapons may be misleading. Focusing on its conventional and potential nuclear abilities misses a crucial factor in evaluating the level of danger. The key lies with understanding who in Iran would decide when to use weapons and, more importantly, what motivates them.

The Islamic Republic of Iran is a paranoid regime, believing that Shia Islam is under an existential threat and must be defended. Iran’s dominant fighting force is the Islamic Revolutionary Guard Corps (IRGC), under the control of the Supreme Leader. The IRGC is mandated by Iran’s constitution to pursue “an ideological mission of jihad in God’s way … extending the sovereignty of God’s law throughout the world.”

Former United Kingdom prime minister Tony Blair evidently sees what President Biden has not grasped. In 2019, writing in the Washington Post, Blair said: “Iran is a state with an ideology, but it is more accurately seen as an ideology with a state … [a] state theocracy [that exports its] Shia version of Islamism to wherever it could put down roots. … Where Iran is exercising military interference, it should be strongly pushed back. Where it is seeking influence, it should be countered. Where its proxies operate, it should be held responsible. Where its networks exist, they should be disrupted.”

Iran wants nuclear weapons to ensure the survival of its regime, which terrorizes its own people. The same can be said of North Korea but, unlike North Korea, the Iranian leadership appears to be more rational, calculating and patient. So, just how dangerous is Iran?

The State Department’s Iran Action Group in 2018 said, “Since 1979, Iran’s Islamic Republic has made it a policy of the state to actively direct, facilitate and carry out terrorist activity globally. Unlike almost any other country, the Islamic Republic has supported terrorism within its military and intelligence apparatuses. … Iran conducts attacks, assassinations, as well as supports terrorist plotting.”

How dangerous is Iran to the United States? According to Iran expert Ken Pollack, resident scholar at American Enterprise Institute, “The regime that has ruled Iran since 1979 has defined the United States as its primary, eternal and unflagging enemy.”

To Israel, Iran is dangerous in the extreme. Ayatollah Ali Khamenei in 2018 tweeted: “Our stance against Israel is the same stance we have always taken. … [It] has to be removed and eradicated: it is possible and it will happen.” The silence of the international community, failing to condemn this call for genocide, was appalling.

The Obama and Biden administrations, the European Union and the United Nations have legitimized and enabled the Iranian regime through the nuclear deal known as the Joint Comprehensive Plan of Action (JCPOA). What the West ignores is that Iran first will come for Jews (Israel), but the regime’s ideology demands the export of its revolution throughout the world. Would they really be satisfied with the annihilation of the Jewish state? That’s not what they preach.

The most frightening dimension of Iran’s revolutionist ideology is its willingness to act upon it. If Iran could dominate its neighbours and eliminate Israel, it certainly would do so.

The United States and its allies in Europe apparently think they can afford to give Iran the benefit of the doubt. However, history teaches that those who do not prepare for the worst end up on the scrap heap of vanquished civilizations. Iran of the 21st century is not the Philo-Semitic Persia of Cyrus that returned the Jews to Israel from Babylonian exile over 2,500 years ago. It is more akin to the conquering empires of Assyrians, Crusaders, jihadists of the 7th century and the Nazis, who murdered millions of Jews for simply being Jews.

Some claim Iran is a military weakling, and that Western hawks overstate its threat. For example, in an article in Geopolitical Futures, professor Hilal Khashan of the American University of Beirut says: “Iran is a weak country. Its military hardware is obsolete, its economy is hurting. … Despite their aggressive rhetoric, the Iranians know that acting on their threats could provoke a response they’d rather avoid. … Its conservative clerics and senior commanding officers have put up a facade of military prowess.”

But tell that to the people of Lebanon, whose country has been ruined by Iranian-controlled Hezbollah, leaving 50 per cent of the people in poverty. While it is undoubtedly true that many of Iran’s conventional armaments are not up to 21st century standards, Iran does have one of the most significant missile forces in the region, an advanced drone program, and state-of-the-art cyber capabilities.

A report on Iran’s military power by the Pentagon’s Defense Intelligence Agency (DIA) said Iran boosts its relatively weak conventional forces with “a hybrid approach to warfare” that relies on missiles, naval forces and proxies to threaten its neighbours. The linchpin of this strategy is to control the proxy partners in Lebanon (Hezbollah), Yemen (Houthis), Iraq (Iranian-controlled militias), and Gaza (Hamas and Palestinian Islamic Jihad) for plausible deniability.

In its outreach to Iran, the Biden team has removed sanctions on some Iranian individuals and, according to Iran’s foreign minister, the U.S. has agreed to end sanctions on the Supreme Leader and the IRGC if Iran renegotiates the nuclear deal.

Even without a new nuclear agreement, Iran is unlikely to cross the threshold to a nuclear weapon. It will walk right up to the line and pause, knowing that it has gained enough knowledge to cross at any time of its choosing. That alone is enough to intimidate its neighbours. Iran has no reason to negotiate, which would strengthen and lengthen the agreement, believing the Biden administration is willing to sign the JCPOA with a few minor adjustments.

Does President Biden believe that a return to the deal increases the breakout time for weapons-grade uranium enough to justify the damage that sanctions relief will do to Middle East stability? A U.S. national security decision of this magnitude must include objectively assessing the danger that Iran’s regime poses – not as an ordinary member of the international community, but as a revolutionary Islamist state with a history of hiding the truth, as evidenced by the hidden nuclear material that Israel exposed in 2018.

With a truly objective assessment, we will know just how dangerous Iran really is to the world.

Dr Eric R. Mandel is the director of MEPIN (Middle East Political Information Network). He regularly briefs members of Congress and their foreign policy aides and is the senior security editor for the Jerusalem Report/Jerusalem Post.