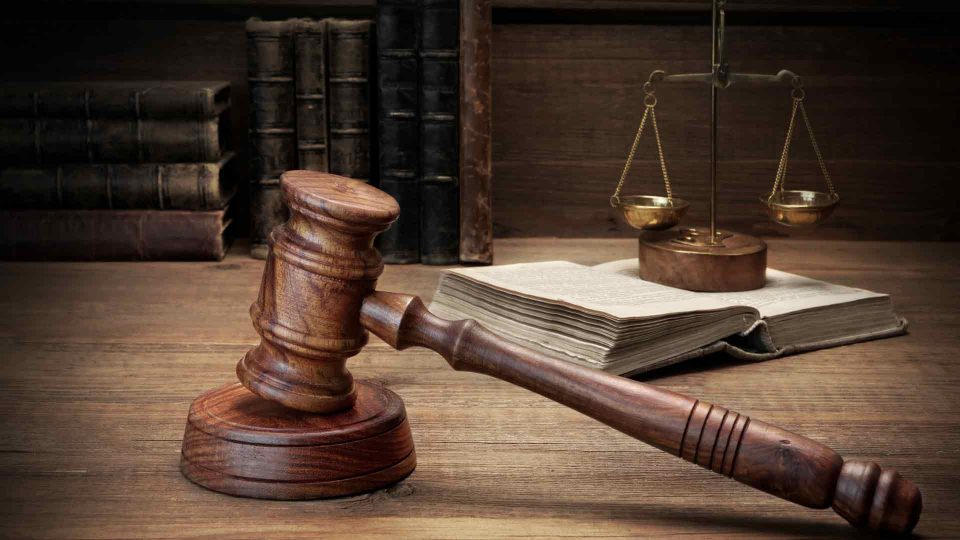 Rodrigo Duterte steps down as President of the Philippines in June 2022. He will be 77 and is planning for a quiet, non-eventful retirement—unlikely.

Nipping at his heels is the prosecutors at the International Criminal Court in The Hague. They want Duterte to stand trial for the thousands of extra-judicial killings that took place first in the city of Davao while he was Mayor, and then across the Philippines during his presidential tenure.

However, the ICC faces formidable hurdles in placing Duterte in the dock. But first, why do they want him there?

Apart from being a foul-mouthed, rude, socially unacceptable, misogynistic, populist politician, Rodrigo Duterte is the man behind thousands of extra-judicial murders. First during his 22 years as Mayor of Davao and then as President. He does not deny the accusation. He revels in it.

When Duterte became Mayor of Davao it was just a few murders away from the title of crime capital of the Philippines. When he left it was the safest city in the country and internationally ranked just behind those peace havens of Singapore, Seoul and Tokyo.

But the means he used to achieve these results—officially licensed death squads—were, to say the least, questionable. The city government took on the role of murdering suspected murderers, drug dealers and other criminals to lower the crime rate. There were no arrests, trials or imprisonments. The officially sanctioned death squads were judge, jury and, of course, executioner. Duterte’s Gordian Knot approach worked. It made him popular with the voters of Davao who returned him to office six times. It also produced a record that appealed to Filipino voters who swept Duterte into the presidential palace in 2016.

Duterte reckoned that what worked in a city can work across the nation. The Death Squads (now known as the Duterte Death Squads or DDS) spread across the Philippines. The exact number of people they killed is open to discussion. The Filipino police talk about roughly 6,000. The UN Commissioner for Human Rights believes the figure to be 8,600. Human Rights Watch talks about a staggering 27,000. Duterte himself has claimed that he personally gunned down three suspected drug dealers.

You would think that such a ruthless regime would be unpopular with the voters. Not in the Philippines. The country has struggled with endemic crime and corruption for decades. Official police figures show that Duterte’s extra-judicial tactics have more than halved the crime rate. The voters are delighted. June 2020 polls—the latest available– showed his approval ratings at 70 per cent.

But Duterte’s national popularity has failed to stop the ICC’s Chief Prosecutor Fatou Bensouda from her pursuit of the president for “crimes against humanity, torture, and other inhumane acts committed in connection with the president’s war on drugs.” Gambian-born Bensouda started her investigation in February 2018. One month later Duterte announced that the Philippines was withdrawing from the jurisdiction of the ICC, although the withdrawal did not officially take effect until a year later.

This will be one of the first hurdles that the court will have to overcome in its efforts to bring Duterte to justice. The president’s office argues that the court no longer has the right to investigate or prosecute alleged crimes of its citizens. The ICC disagrees, it says its mandate still runs in the case because the crimes being investigated started in 2011—nine years before the Philippines official departure from its jurisdiction. In this position, the ICC has the support of a recent ruling of the Filipino Supreme Court.

But for any ICC investigation to be successful it needs cooperation from the government. Presidential spokesperson Harry Roque has said that no government official will cooperate in any way whatsoever with the ICC. Duterte has refused to speak with them.

Of course, if there is a different administration in Manila after June 2022, that could change. But at the moment it looks as if Duterte’s most likely successor is his daughter.

There is also the minor problem that Fatou Bensouda is about to retire as chief prosecutor. That is why she has given a deadline of 13 August for families affected by Duterte’s death squads to supply evidence to the prosecutor’s office. Bensouda has been a combined Rottweiler and bloodhound in setting up and pursuing the investigations against Duterte and will be missed. Her replacement—British barrister Karim Khan—appears keen to pick up the cudgels.

It is clear that Duterte will not be dragged off to The Hague in chains the moment he leaves the presidential palace in June next year. The ICC Prosecutor’s office believes it has all the evidence it needs to mount a case, but Duterte—and possibly the succeeding Filipino Administration—will use every legal trick available to block the court and keep him in the country.

ICC Prosecutors have made it clear, however, that extra-judicial killings are illegal regardless of who sanctioned them and that the person responsible should be brought to justice In order to re-establish the rule of law. So strong is their belief that prosecutors have spoken about a trial taking place even if Duterte dies before he can be dragged to the dock.

Another black eye for Israel. This one involves spyware produced by an Israeli company and sold to right-wing governments for spying on domestic and foreign opponents, including journalists, human rights activists and political opponents. It is a clever piece of software called Pegasus that infects mobile phones and turns them into spyware controlled by the hacker. It not only enables intelligence operatives to listen into phone conversations and text messages, it also records and videos everything in reach of the phone. How it is used is nothing to do with us, claims the Israeli company NSO which is backed by the UK private equity company Novalpina Capital. We just sell it, says NSO, to recognised governments with good track records in human rights. Furthermore, it has nothing to do with the Israeli government. Rubbish on all accounts. Their main customers are such paragons of human rights as Saudi Arabia, United Arab Emirates, Bahrain, Hungary, India, Azerbaijan, Kazakhstan and the United Arab Emirates. The people behind NSO are former Mossad agents. On top of that, all export licenses for weapons and spyware have to be issued by the Israeli government. And finally, all of the countries on the above list are those which the Israeli government is trying to establish closer diplomatic relations. Israel has a long tradition of using arms sales as a diplomatic weapon. In the era of cyber warfare, it has extended this policy to spyware. Denials fool no one and make them look silly.

It is a tough choice in today’s world of alternative facts. Who do you believe? Who are what do you support if everyone is lying and pursuing conflicting personal ambitions? Nowhere was this problem more evident this week than in Britain where Dominic Cummings—former special adviser to Prime Minister Boris Johnson– subjected himself to a long interview with BBC political correspondent Laura Kuenssberg.  Cummings revealed that within days of Johnson entering 10 Downing Street, the Rasputin-like figure decided that Johnson was not up to the job and was discussing his removal from power with other aides. The assessment of Johnson was, in my opinion, accurate. It is a commentary on Cummings lack of perspicacious judgment that it took him so long to arrive at the same conclusion. But more important was the fact that an unelected political adviser had appointed himself as the person who should decide whom should be the Prime Minister of the United Kingdom. That is not how the British constitution works. I don’t like Johnson, I believe Cummings when he says the Prime Minister is incompetent and should be replaced. But I do like and support the rule of law and the constitution. Another dilemma.

The fact that the Tokyo Olympics are even opening is a minor miracle and a credit to both the Japanese government and the Olympic Movement. Hamstrung by the pandemic and Woke culture it was touch and ago that the world’s athletes would have the opportunity to parade around the Olympic stadium—albeit an empty one—on Friday. The Olympics and Paralympics have been postponed. Foreign fans are banned. Japanese fans are banned. The bill for the games is climbing, climbing…. Key officials have been sacked at the last minute because of politically incorrect past actions. Athletes have supported the anti-racism gesture of taking the knee despite Olympic rules banning political gestures. And the Olympic committee has caved in on the issue. The games have been shortened. The Japanese public oppose the games. And many athletes will be unable to participate because they have tested positive for coronavirus. It is even doubtful that the games can be completed. As I said, it is a minor miracle that they are happening at all.

South Africa is a de facto one-party state—the African National Congress (ANC). The ANC’s largest tribal contingent is the Zulu nation and the accepted leader of the Zulus is former 79-year-old President Jacob Zuma who is currently serving a 15-month sentence for contempt of court imposed during an inquiry into corruption charges. Unemployment in South Africa is over 30 percent. The country has the greatest levels of unequal income distribution of any in the developed world. And finally South Africa is suffering heavily from the coronavirus pandemic. All of the above contributed to the perfect storm that has created an orgy of looting and riots that has ravaged Johannesburg, Soweto and other cities. Billions has been wiped out of the economy. The riots will doubtless act as a supaspreader which will mean hundreds of thousands more will be infected with coronavirus. President Cyril Ramaphosa has been forced to send 25,000 troops into the streets to restore order. The spark was the arrest and imprisonment of Jacob Zuma whom many Zulus see as their leader despite his flaws. But his arrest was only the spark.

Christian Emmanuel Sanon is either one of the world’s biggest con men or biggest patsy or a bit of the both. Some are claiming that the Florida-based Haitian Pastor was the man behind the murder of President Jovenel Moisie along with former Haitian intelligence officer Joseph Felix Badio. Sanon has been arrested. Badio is still at large. Police who raided Sanon’s home found DEA hats, guns, ammunition–all the coup-type equipment. Associates say that Sanon wanted to be president to introduce a multi-billion dollar reconstruction programme for his country. He actually held meetings with construction companies and others and raised money for the projects and his bid for the presidency. To help raise millions to take office and pledges of billions when he was secure,  Sanon claimed the backing of prominent American politicians on both sides of the aisle. So far the American government has denied any connection with Sanon. And no politician has stepped forward to claim an association. Friends and relatives said he never would have countenanced violence, and the reports are that the hired mercenaries weren’t told of the murder plans until the night of the event. The Haitian authorities are convinced that there are unknown Mr Bigs (or Ms) out there who were using Sanon as an unwitting front man and protective shield in case things did not go exactly to plan. If so, they succeeded—for now.

Who in Iran decides when to use its nuclear weapons?

Woman and Her Baby Abandon As Bandits Kidnap 18 Other Passengers

Who in Iran decides when to use its nuclear weapons?