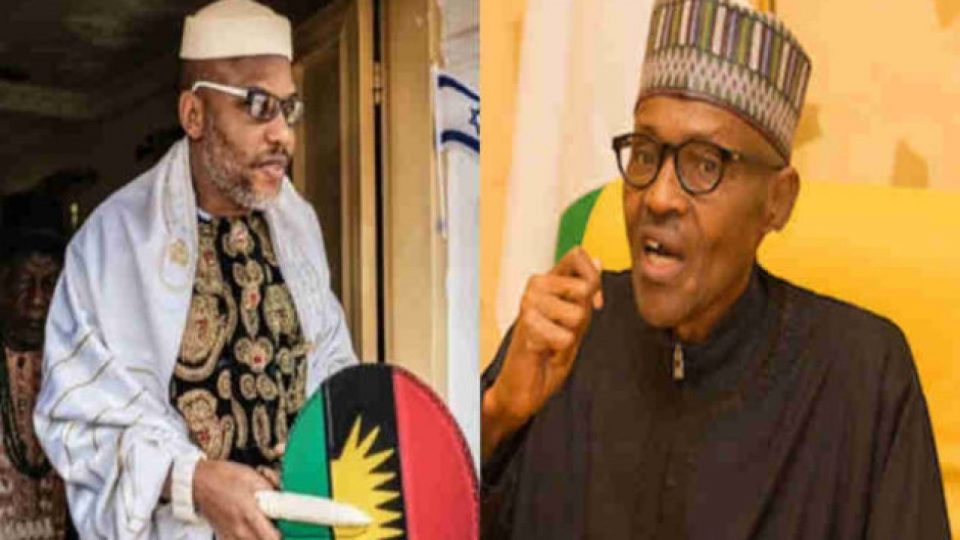 Request by the leader of the proscribed Indigenous People of Biafra, IPOB, Mazi Nnamdi Kanu to be transferred from the custody of the Department of State Services, DSS, to Kuje Correctional Service Center has Monday meant with Federal Government resistance, as it filed a counter-affidavit in opposition to an application.

The Federal Government in the counter-affidavit told the Federal High Court sitting in Abuja that Nnamdi Kanu, is being investigated over offences he committed after he jumped bail.

The content of the counter-affidavit states: “That there is an ongoing investigation as to other offences committed by the defendant/applicant while jumping bail.

“That the alleged offences borders on National security.

“That transferring the defendant/applicant to the Correctional facility will jeopardize the investigation of the offences.

“That the defendant/applicant does not place anything before this Honourable Court that suggests the medical facility available at the DSS detention is not capable of handling his health issues.

“That the defendant/applicant’s application is capable of delaying the proceedings in this case”, read the counter-affidavit that was deposed to by one Loveme Odubo, a litigation officer in the Federal Ministry of Justice.

Kanu, in the application he filed through his team of lawyers led by Mr Ifeanyi Ejiofor, decried that he has been denied access to his medical doctors.

He said he might die in the custody of the DSS if nothing was done to urgently address his deteriorating health condition.

He specifically applied for an order of the trial court, “directing the transfer of the Applicant from the custody of the National Headquarters of the State Security Service to the Nigerian Correctional Service Centre in Kuje, Abuja, within the jurisdiction of this Honourable Court, where he was initially detained before he was granted bail, pending the determination of the charge”.
READ ALSO: DSS Fails To Produce Kanu In Court

As well as, “An order of this Honourable Court directing the Defendant/Applicant’s custodian, to grant access to his medical experts/doctors to carry out a comprehensive independent medical examination of the defendant/applicant’s health condition/status, while in custody”.

It will be recalled that Kanu whose whereabouts was hitherto unknown, was on June 27 returned to the country after he was arrested from a yet to be confirmed country.

The Attorney-General of the Federation and Minister of Justice, Mr Abubakar Malami, SAN, had insisted that he lawfully “intercepted” as a result of a collaborative effort of various security agencies in the country.

Meanwhile, Kanu’s lawyer, Ejiofor, disclosed that his client was on June 18, illegally arrested at the airport and detained for eight days by Kenya’s Special Police Force before he was eventually handed over to their Nigerian counterpart.

Ejiofor alleged that the IPOB leader was tortured and subjected to various forms of inhuman treatment in Kenya, a situation he said worsened his health condition.

Pastors Who Celebrate Easter Will Be Punished-Akeredolu