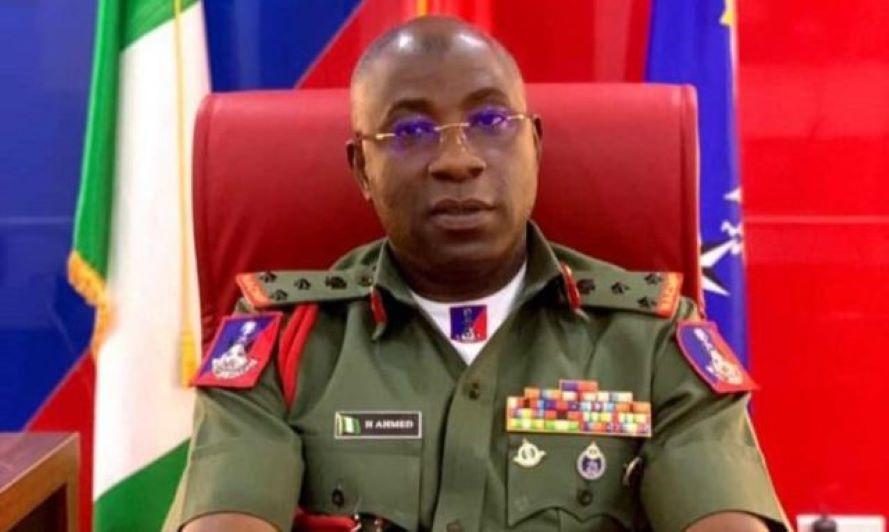 The sister of the late Major General Hassan Ahmed, Sabina has been freed after spending thirteen days in captivity.

Major General Hassan Ahmed, the former Provost Marshal of the Nigerian Army was murdered on July 15 within the Abaji area of Abuja.

He was buried at the Lungi Barracks Cemetery in the nation’s capital in line with Islamic rites.

He was killed when gunmen ambushed and attacked him on his way from a trip to Okene in Kogi.

The assailants kidnapped Sabina, first thought to be the wife. Her whereabouts remained unknown for more than three days after the incident.

A source close to the family on Wednesday told DailyPost that the victim is now free.

“I’m happy to inform you that General Ahmed’s sister, Sabina is back. She was released today. A good man, just about 50 years old, was killed; his sister was held hostage for two weeks.

“For us, these are trying moments. But in all, we thank Almighty God.”

It was further gathered that the victim, who is said to be in her 30s, is seriously traumatized. She is currently at a safe location and would undergo medical treatment.

The Chief of Army Staff, Faruk Yahaya, appointed the late Ahmed as a Director at the Army Headquarters in Abuja. The ex-PM assumed office less than two weeks before his life was cut short.

El-Zakzaky and wife discharged and acquitted after 5-years, 7-months

El-Zakzaky and wife discharged and acquitted after 5-years, 7-months