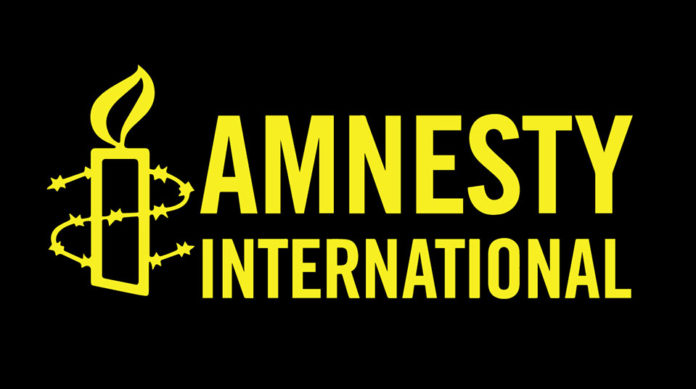 Increasing numbers of children are being killed and targeted for recruitment by armed groups in conflicts raging at Niger’s borders with Mali and Burkina Faso, Amnesty International said in a new report published today.

The 57-page report, ‘I Have Nothing Left Except Myself’: The Worsening Impact on Children of Conflict in the Tillabéri Region of Niger, documents the devastating impact on children of the conflict in Niger, involving armed groups Islamic State in the Greater Sahara (ISGS) and the al-Qaida-affiliated Jama’at Nusrat al-Islam wal-Muslimin (JNIM).

Both ISGS and JNIM have committed war crimes and other abuses in the conflict, including the murder of civilians and targeting of schools. Many children are experiencing trauma after witnessing deadly attacks on their villages. In some areas, women and girls have been barred from activities outside the home, and risk abduction or forced marriage to fighters.

“The Nigerien government and its international partners must urgently take action to monitor and prevent further abuses and protect the basic rights of all those affected by this deadly conflict – especially children.”

The Nigerien authorities have failed to protect civilians. Witnesses to attacks described how, despite their urgent calls, Niger’s Defense and Security Forces (FDS) frequently arrived long after killing and looting had ended.

Amnesty International considers the situation in Niger a non-international armed conflict, given the intensity of violence and level of organization of both ISGS and JNIM.

The conflict in Tillabéri has escalated significantly since the start of this year. According to the Armed Conflict Location & Event Data Project, violence against civilians has led to 544 conflict-related deaths between 1 January and 29 July 2021 in Niger, already exceeding the 397 people killed in 2020.

Armed groups have killed more than 60 children in Niger’s tri-border area in 2021. ISGS, which operates primarily on the border with Mali, appears responsible for most of the large-scale killing.

Amnesty spoke to 16 boys who had narrowly survived ISGS attacks on their villages. They described how masked attackers on motorbikes opened fire, particularly targeting men and older boys. One boy, aged around 13 or 14, said: “We all are used to hearing gunshots and to seeing [dead] people layered on top of [dead] people.”

Another boy, who witnessed the murder of his 12-year-old friend Wahab in March 2021, said: “I think of Wahab and how he was killed. Sometimes I have nightmares of being chased by people on motorbikes or seeing Wahab pleading with the [attackers] again.”

Fighters have fired into homes, killing or injuring civilians attempting to hide. One woman and her baby daughter suffered gunshot wounds while hiding at home during a likely ISGS attack.

The FDS withdrew from some border areas after suffering losses to ISGS and JNIM in late 2019, leading to an absence of state authorities. Witnesses to attacks said the FDS often failed to respond, as killing and looting unfolded over several hours.

A 50-year-old man, in words echoed by many others, told Amnesty International: “We have been abandoned.”

The recruitment of children by JNIM has increased significantly this year in Torodi department, near the Burkina Faso border.

Witnesses said JNIM has targeted younger men and boys aged between 15 and 17, and possibly younger. JNIM members offer incentives such as food, money, and clothes to attract recruits.

Recruits reportedly receive weapons training for periods ranging from one week to three months. JNIM is also known to use children as spies, scouts, and lookouts, among other functions defined as participation in hostilities under international law.

Attacks on education and healthcare

As part of their opposition to education they consider ‘Western’, ISGS and JNIM have burned schools and threatened teachers, resulting in widespread school closures. As of June 2021, at least 377 schools in the Tillabéri region had closed, depriving more than 31,000 children of access to education.

Amnesty International documented armed group attacks which targeted and burned schools in at least four departments of Tillabéri region. In rural areas, most school structures are made from straw, making them easy to burn.

Teachers have also been threatened for their work. One 15-year-old boy from Mogodyougou said: “The teachers… left. They’d be killed [if they stayed].”

School closures have left many children from conflict-affected areas without access to education for extended periods. A 14-year-old boy said: “We didn’t like that the school closed… After our school closed, we stayed at home. There wasn’t anything for us.”

The conflict has significantly undermined children’s access to healthcare, as armed groups have looted health facilities, and the Nigerien authorities have restricted civilians’ movement and impeded aid access at times. Immunization rates have plummeted, and diseases such as measles are on the rise.

A woman with seven children told Amnesty International that ISGS fighters torched her family’s granaries during an attack on Zibane village. She said: “Everything was burned… I have nothing left, except myself.”

Through satellite imagery analysis, Amnesty International corroborated the targeted burning of grain stores. Such attacks have forcibly displaced tens of thousands of people, often emptying entire villages due to lack of food.

Both ISGS and JNIM also regularly impose ‘taxes’ on communities, often enforced through violence. Humanitarian agencies have predicted that an estimated 2.3 million people in the region are likely to suffer from food insecurity due to the attacks, as well as from drought and floods.

The relentless attacks have had a profound impact on children’s mental health and wellbeing. Very few children interviewed had received psychosocial support.

Amnesty International documented symptoms of trauma and distress among children, including nightmares, disturbed sleep patterns, fear, anxiety, and loss of appetite. Many reported how the sound of motorbikes triggered memories of attacks.

One 15-year-old boy who had been displaced from his village told Amnesty International: “What I want is the true return of peace. And [the government] need[s] to pay attention to our lives, even here [in the IDP camp] in terms of food and water. And school. We need to go to school.”

“Niger is at a precipice. The Nigerien authorities and international partners must take urgent steps to ensure children are better equipped to build a future for themselves.”

Conflict erupted in Mali in 2012, and has since spilled into neighbouring Burkina Faso and Niger. Armed groups have competed for control in the border areas, and frequently clashed with the Nigerien military, and forces from countries including Chad, Mali, Burkina Faso, and France.

An estimated 13.2 million people in the three countries will need humanitarian assistance this year, and around 1.9 million people have been internally displaced.

Amnesty International interviewed 119 people, including 22 children, three young adults between 18 and 20, and 36 parents and other individuals affected by the conflict. Other individuals interviewed included staff from NGOs and humanitarian agencies, UN officials and government officials.