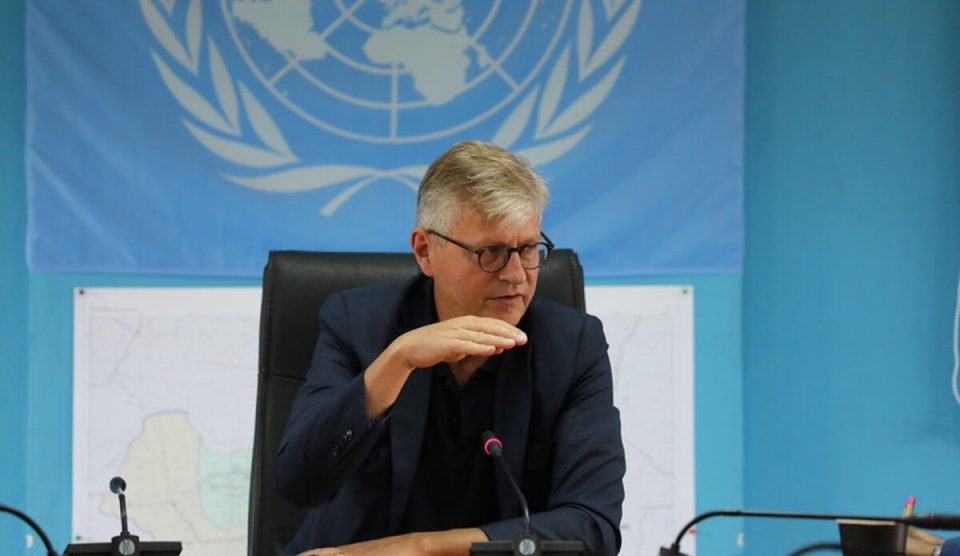 As he departed the country, the United Nations Under-Secretary-General for Peace Operations promised the people of South Sudan the full support of peacekeepers and humanitarians as they make the difficult journey from war to peace.

Jean-Pierre Lacroix was farewelled with a special guard of honour provided by Chinese peacekeepers at the UN House base in Juba as he wrapped up his four-day visit to the conflict-affected country. His mission was to encourage increased momentum in the implementation of the peace agreement.

Three years after warring parties signed the agreement, implementation continues to stagnate with key issues still unresolved, including the graduation and deployment of unified forces along with broader security sector reform.

In an interview with UN-operated Radio Miraya, the USG reiterated the need for parties to work together to increase momentum in the peace process which will demonstrate that political will exists to secure durable peace.

“We are committed to supporting the current efforts towards peace and stability in South Sudan,” said Mr. Lacroix. “We will be backing every positive step that is taken, and we believe that achieving the ultimate objective of peace and stability requires a very strong and trustworthy partnership between the Government and international partners.”

The USG heard first-hand the challenges faced by representatives from myriad humanitarian agencies trying to help communities across South Sudan, despite dwindling resources. There are more than eight million people in need of assistance due to ongoing conflict as well as the impact of the worst flooding in 60 years.

Humanitarians say food insecurity this year is the worst in a decade with 7.2 million people severely acutely food insecure. There have been three years of unprecedented flooding. Last year’s floods were the worst for 60 years, affecting 480,000 people.

“We are also seeing subnational conflict across the whole country at a time when, actually, we want to see the political gains that have happened since the unity government came into place last year strengthened,” said World Food Programme Representative and Country Director, Matthew Hollingworth.

“We want to see that supported because only through stability and peace, are we actually going to see real development and longer-term support from the humanitarians having the necessary impact to make this country a more prosperous and peaceful nation.”

USG Lacroix also spoke about the need to create a safe environment for civil society and media to operate, which is particularly important in the lead-up to elections.

“It’s very simple. The UN stands for freedom of expression. We stand for wide open civic space,” he said.

The USG also reiterated the necessity of meeting the target set out in the peace deal for at least 35 percent representation of women across all governance structures.

“The role of women and the empowerment of women in South Sudan is absolutely critical to achieving peace,” he said.

At a time when there are many political and humanitarian crises in the world, the attention, energy, and financial resources of the international community is stretched thinner than ever. However, the USG reassured South Sudanese that their plight remains a priority for the UN and donor countries.

“The situation here remains difficult, and we are aware of that,” said Mr. Lacroix. “But I’d like to assure everyone that the commitment from our colleagues at the UN, colleagues involved in humanitarian efforts, peacekeeping, development aid, protecting women, protecting girls, protecting children, their commitment is very, very strong. We will continue, to do our best to help support the South Sudanese people moving forward.”

That support includes the full range of peacekeeping and peacebuilding activities, ranging from protecting civilians to supporting the constitution-making process and preparations for elections so South Sudanese citizens have the right to elect their leaders and determine their own future.

Many People Abandon Babies in Abuja