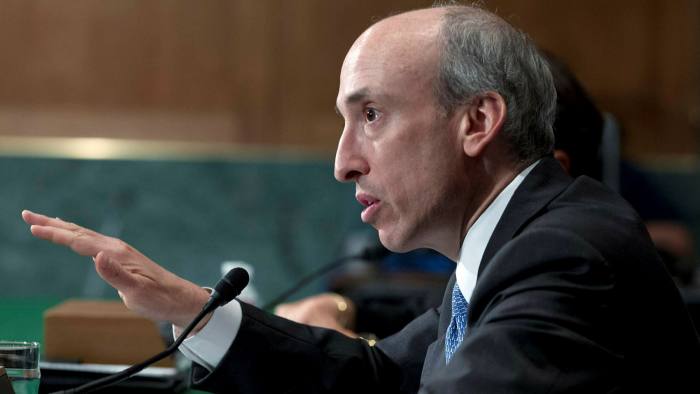 The senator stated that in many enforcement actions, “the SEC did not identify the securities involved or the rationale for their status as securities, which would have provided much-needed public regulatory clarity.”

I write to follow up on the concerns I expressed at the hearing about the need for regulatory clarity around emerging technologies like cryptocurrencies, including stable coins.

Noting that “For investors to benefit from a fair and competitive marketplace, regulators must proactively provide rules of the road to industry,” the senator said the SEC “has instead adopted a strategy of regulation-by-enforcement in this area.” So far, the Commission has brought more than 75 enforcement actions on the crypto industry and has imposed fines and penalties totalling more than $2.5 billion on crypto firms and individuals.

At the Senate hearing, Gensler touted “the SEC’s success in pursuing crypto-related enforcement actions.” However, Toomey pointed out that “In many of these enforcement actions, the SEC did not identify the securities involved or the rationale for their status as securities, which would have provided much-needed public regulatory clarity.”

The senator from Pennsylvania noted that the SEC’s approach appears related to Gensler’s belief that “the probability is quite remote” that any given cryptocurrency platform has zero securities. For example, Gensler told Senator Elizabeth Warren at the hearing that the Nasdaq-listed crypto exchange Coinbase (Nasdaq: COIN) may have dozens of tokens that may be securities.

Recently, Coinbase had to drop its plan to launch a lending product after the SEC threatened a lawsuit and the company claimed it received no explanation from the regulator. Meanwhile, the securities watchdog is in an ongoing lawsuit with Ripple Labs and its executives over whether XRP is a security.

The SEC has a responsibility to do more than just provide probabilistic estimates.

The senator concluded his letter by providing a list of questions he wants Gensler to answer in an effort to obtain additional guidance on crypto regulation.