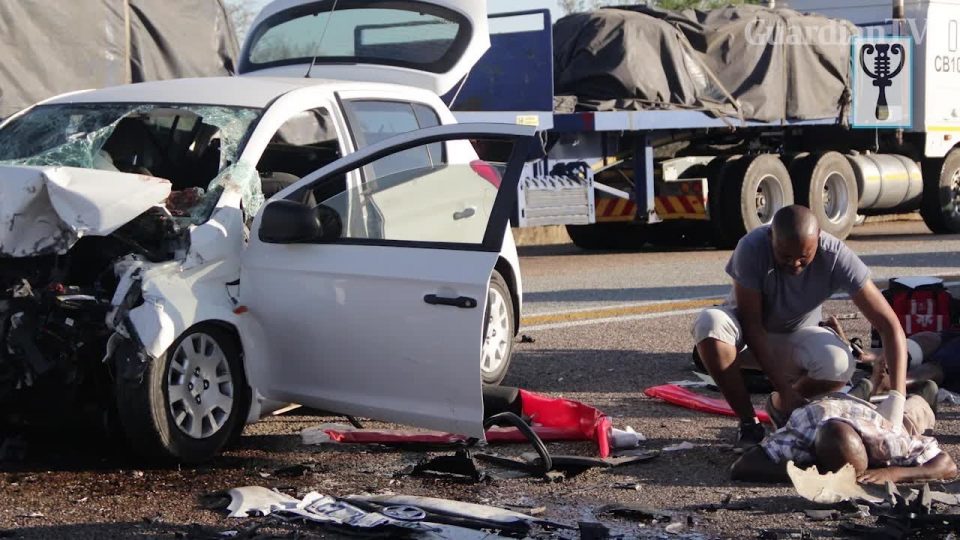 A Toyota Sienna car on Saturday rammed into some commuters at Kudigbe, around  Arigbajo,  on the Lagos-Abeokuta expressway, killed two persons while seven others sustained varying degrees of injuries.
It was gathered that the sienna marked KRD 900 GV, also hit a brown Ford car,  marked  AAB 439 XB and a  yellow tricycle, with registration number AKM 791 VP.
An eyewitness said the driver of the speeding Sienna had lost control of the wheels and rammed into the commuters, killing two on the spot, including a minor.
The Spokesperson,  Ogun State  Traffic Compliance and Enforcement Corps (TRACE), Babatunde Akinbiyi,  confirmed this in a terse statement made available to Daily Trust in Abeokuta.
He blamed the crash on speeding and loss of control on the part of the Toyota sienna driver.
The TRACE spokesman noted that the accident involved 10 people, which comprised five males and five females.
Inline Related Posts
He said “The Toyota sienna driver was on top speed and in its attempt to avoid a pothole, lost control and ran into commuters by the roadside waiting to board a bus to their destinations.
“In the process, two persons died, a minor (whose mother was alive) and an old man, while seven other commuters were injured, with one person escaping unhurt.
“The driver of the toyota sienna  has been arrested and taken to Itori Divisional Police Station, with the vehicles involved in the crash.”
Akinbiyi added that the injured were taken to  General Hospital, Ifo while the deceased were deposited at the morgue of the same hospital.
He stated that the Corp Commander of TRACE, Seni Ogunyemi,  has admonished drivers to regulate their speed and avoid excessive speeding.