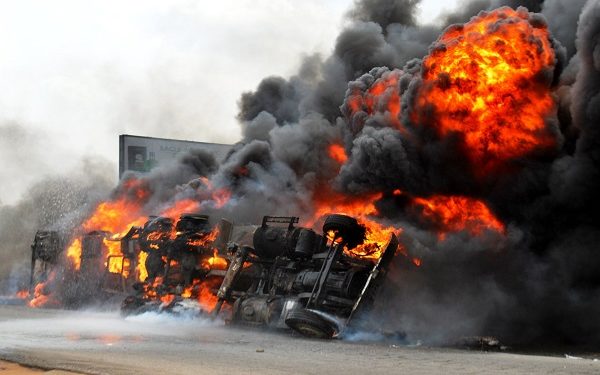 No fewer than thirty-four people were killed and houses razed by gunmen who invaded the Southern Kaduna of the State.

It was gathered that the terrorists invaded Madamai Abun village in the Kaura Local Government Area of Kaduna, known to be a restive Southern Kaduna and none Muslim area..

According to eyewitnesses,  the attackers came in large numbers invaded the village around 7 pm on Sunday and wreaked havoc on the villagers.

Luka Binniyat, the Spokesperson for the Southern Kaduna Peoples Union, said ten members of the same family were among the people killed during the attack.

He added that scores of the villagers were still missing while houses were razed and property destroyed by the hoodlums.

The state Commissioner of Internal Security and Home Affairs, Samuel Aruwan, who confirmed the attack, put the causality figure at 34.

The Commissioner said Governor Nasir El-Rufai was pained by the sad incident and condemned it in its entirety.

He said the governor had ordered an investigation into the renewed attacks, adding also that two suspects were being questioned in connection with the attack.

The Commissioner said, “Security agencies have reported to the Kaduna State Government, the killing of 34 citizens in an attack in Kaura local government area.

“According to the reports, unidentified gunmen attacked Madamai village in Kaura local government.

“The troops mobilized to the location and also came under fire, before forcing the assailants to withdraw after an intense exchange.

“Some houses were set ablaze by the attackers at one end of the village. The troops put out the fire at three of the burning houses and rescued six locals from the infernos.

“As of the time of this update, 34 residents have been confirmed dead following the attack.

“Seven others sustained injuries, and were rushed to a hospital in Plateau State.”

He added, “Governor El-Rufai has stated that the Kaduna State Government will bear the full cost of injured victims’ treatment.

“Furthermore, Governor El-Rufai was briefed by security agencies on the roles played by his HRH Chief of Kagoro, Chief Ufuwai Bonet and the member representing Kaura Federal Constituency, Rt. Hon. Gideon Gwani in dousing the tension and preventing a breakdown of law and order following the unfortunate incident. The Governor commended their efforts and sterling leadership.

“The Governor ordered an urgent assessment of the area by the Kaduna State Emergency Management Agency, towards the provision of succour to the affected households.

“The Governor received the reports with intense grief, and expressed his condemnation of the gruesome attack, which he described as an unspeakable display of wickedness, meriting the severest form of punishment.

“He sent his deepest condolences to the families of the deceased, and the affected communities, as he prayed for the repose of their souls.

“He appealed for calm and charged security agencies to intensify their efforts in the campaign against the gratuitous killing of innocent citizens.

“He further tasked security agencies to ensure urgent and precise investigations into the horrific incident.

“At this time, two suspects are being questioned in connection with the attack.”