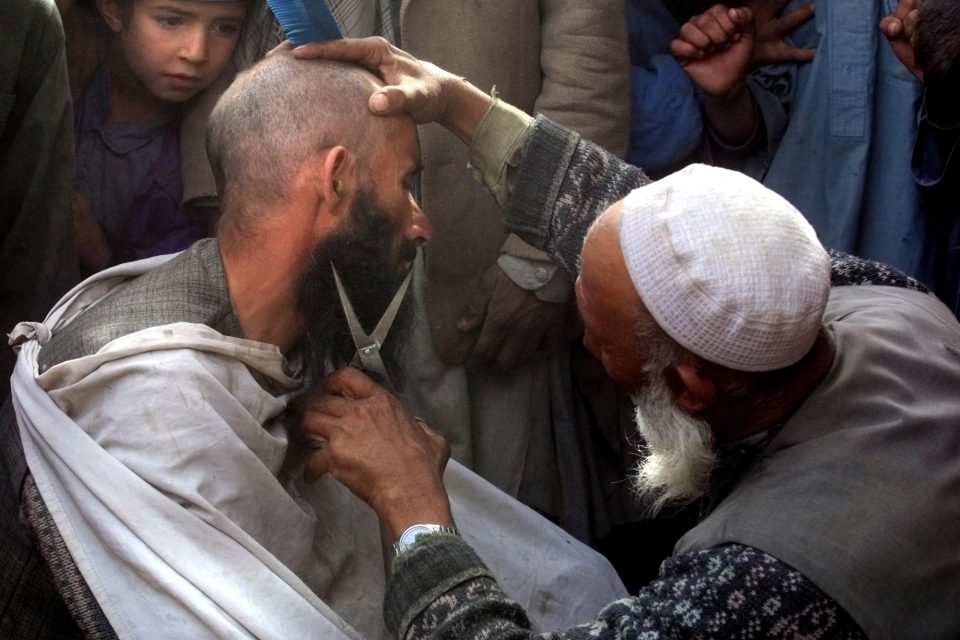 A notice was put on salons in the Helmand province to alert people of the new rule, and some barbers in Kabul said they were given similar rules, according to the BBC.

“No one has a right to complain,” said a notice posted outside hair salons in Helmand province, the BBC reported.

The Taliban said that shaving or cutting beards violates their interpretation of Islamic law.

The Taliban are known for brutal punishments, including hand amputation and execution. One of their founders said last week they would bring those punishments back.

One barber told the BBC that the new rule makes it too difficult to run his business.

“For many years my salon was somewhere for young people to shave as their wish and look trendy,” he said. “There is no point continuing this business.”

Another barber told the BBC that customers had stopped asking for beard cuts: “Customers don’t shave their beards [because] they don’t want to be targeted by the Taliban fighters in the streets. They want to blend in and look like them.”

An Afghanistan army cadet who spoke to Insider about his fear of being targeted by the Taliban said that he was afraid of being identified as he has shorter hair and little facial hair: “They can easily recognize us as cadets.”