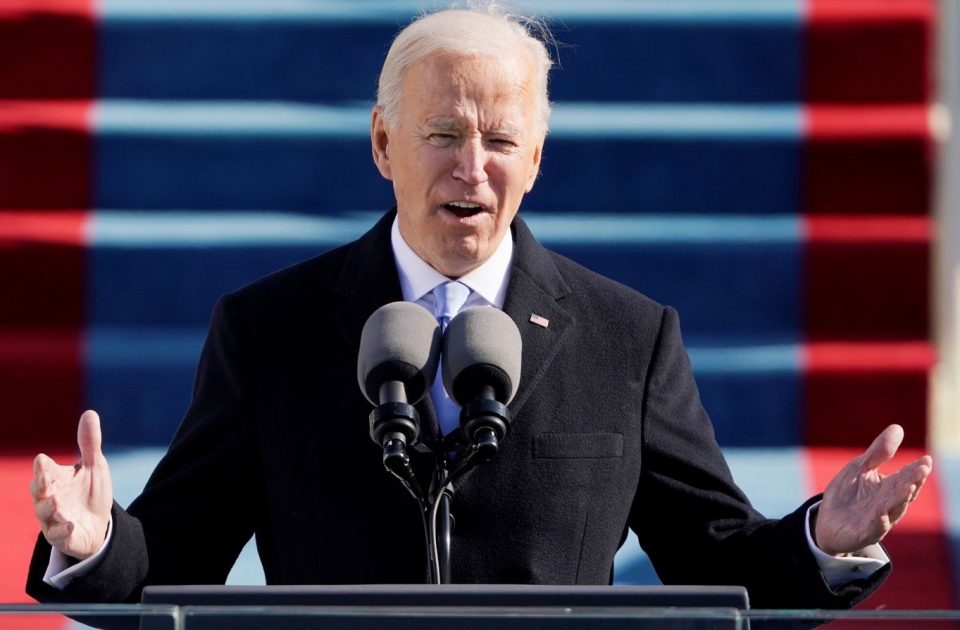 Last week, President Biden gave his first address to the United Nations General Assembly. He continues to claim that “America is back,” and that the United States intends to “lead on all of the greatest challenges of our time.” President Biden used to be right. But, sadly, the current reality looks very different.

In 1776, our nation’s birth was the result of the American victory. Since then, from defeating the Axis of Evil to innovating COVID-19 vaccines, America has always led the world through its darkest times. President Biden is not only failing to do that but also making the world a more dangerous place.

The Taliban and ISIS-K are unnecessarily emboldened, enriched, and energized. Right now, they are arresting, torturing, and killing Afghans who fought alongside American troops for years. The Biden administration has responded by calling these terrorists a “strategic partner.”

Unfortunately, the consequences of this rolling humiliation do not end at the borders of Afghanistan. The world is watching as we leave Americans behind enemy lines, despite having the greatest military force in the history of the world. And our adversaries will take advantage of President Biden’s undeniable weakness.

In the immediate wake of the disastrous withdrawal, China began performing assault drills near Taiwan. Every indication is that China will only accelerate its efforts to reclaim the country. Unless President Biden has a fundamental change in his constitution, we can’t assume he would do anything to defend them.

Russia increased their cyberattacks on America the moment President Biden stepped into office, likely as a test of his resolve. And how did President Biden respond? He cleared the way for a Russian pipeline that will boost our rival’s economy and enhance their ability to manipulate our partners in Western Europe. This is the type of decision-making that is hamstringing our own interests, both abroad and here at home.

Despite his generosity toward Russia, President Biden began his term by going to war against American energy. When President Biden came into office, for the first time in 35 years, America was energy independent. We didn’t import a single barrel of oil from Saudi Arabia in 2020. President Biden is changing that. He sabotaged the Keystone Pipeline, cancelled domestic oil and gas leases, rolled back restrictions on Iranian oil sales, and more. Then, when the price of energy began to rise, as it inevitably would, he even went to our foreign competitors and asked them to increase their production to help cover his mistakes. These decisions destroyed American jobs and empowered our enemies.

Meanwhile, Americans have watched helplessly as our already sky-high spending has grown to even more preposterous levels. Over the past 18 months, Democrats have approved or proposed $16-18 trillion in spending. And what is President Biden funding with your tax dollars? An ever-growing government, subsidies for politically favoured industries, programs that incentivize people not to work, and entitlement programs.

Essentially, President Biden is committed to ensuring the government is in your life from cradle to grave, no matter how much taxing and spending that requires.

Predictably, this has resulted in levels of inflation that we haven’t seen in decades. The costs of housing, fuel, food, and just about every other necessity in your life are all on the rise. This is effectively an additional tax on every American.

The one place President Biden was sure to succeed was in the pandemic response, or so you would think. He inherited a ready-to-go vaccine program and an economy that was primed to take off. Still, he has lost the confidence of the American people with arbitrary, baseless, inconsistent guidance.

Shortly before taking office, President Biden made the vaccine declaration that he wouldn’t “demand that it be mandatory.” Now, he’s blaming his fellow Americans and political opponents for the surge of COVID-19 this summer, and ordering them to be vaccinated or risk losing their jobs. President Biden has come a long way from his pledges to unify the country and defeat COVID-19.

And where does all of this leave us? Unfortunately, in a more dangerous world – both at home and abroad.

The Future of Cloud Computing: Moving at the Speed of Business