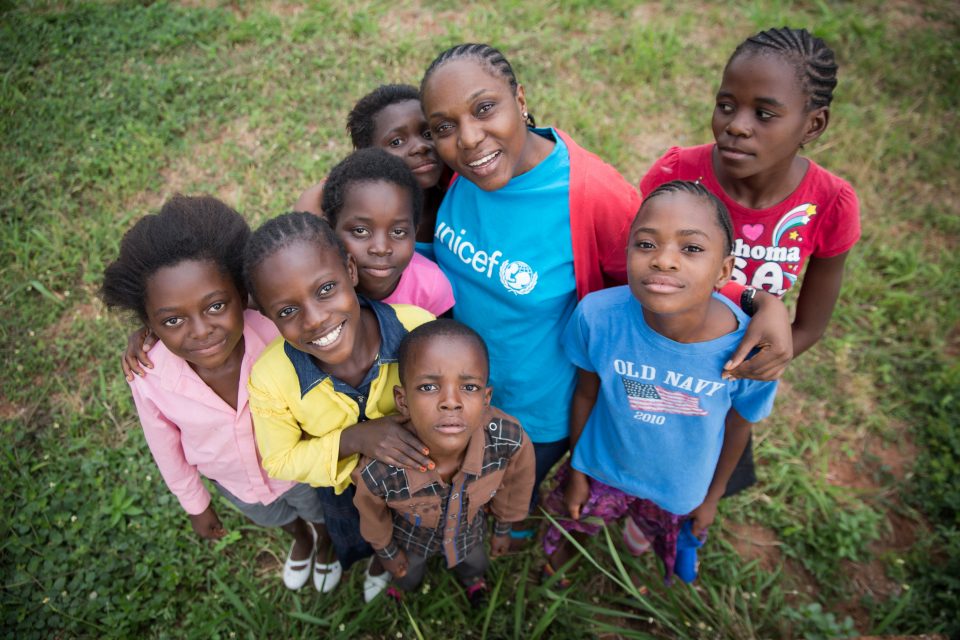 BY CHUKWUMA NNAM with Agency Report

After the sudden decision of the Ethiopian government to expel UNICEF that has been in the country for 60-years, the UNICEF has this to say.

It said: “The Ethiopian Government’s decision to expel the UNICEF representative in the country – along with other members of the UN leadership team – is regrettable and alarming.

Our one and only priority is to support the children who urgently need our help, wherever they are

“UNICEF has been present in Ethiopia for more than 60 years, working to advance and protect the rights of the most vulnerable children.

;” As the humanitarian situation in the country deteriorates – with children bearing its biggest brunt – our work is more urgent than ever.

”We have full confidence in the teams working on the ground to save children’s lives, guided – as always – by the principles of impartiality, humanity, neutrality and independence.

”Our programmes will continue. Our one and only priority is to support the children who urgently need our help, wherever they are.”

CNN reports that Ethiopia is expelling seven senior United Nations officials, just days after the UN’s aid chief warned the war-torn northern Tigray region was descending into a famine due to the government’s blockade of aid deliveries.

Among those ordered out of the country are officials from the UN’s Children Fund (UNICEF) and UN Office of Humanitarian Affairs (UNOCHA), organizations coordinating relief efforts and raising concerns about the humanitarian crisis in Tigray, which has been racked by war with the Ethiopian government for nearly a year.
In a statement on Thursday, the Ethiopian Ministry of Foreign Affairs accused the officials of “meddling in the internal affairs of the country” and gave them 72 hours to leave the country.
Workers carry sacks of wheat for food distribution, organised by the local NGO Relief Society of Tigray (REST) in Mekele on June 22, 2021.
UN Secretary-General Antonio Guterres said he was “shocked” by the decision and that the global body was working to keep staff in the country.
If the Ethiopian order goes ahead, it would mark one of the most significant expulsions of senior UN humanitarian officials from any country.
International criticisms have been growing over the deteriorating conflict in Tigray and the role of the government in restricting access to aid.
On September 17, US President Joe Biden threatened to impose broad new sanctions on Ethiopian officials and other parties to the conflict unless they stopped fighting and opened up humanitarian access.
On Thursday, White House press secretary Jen Psaki told reporters that the US condemned the expulsions and would not hold back from using sanctions against any group obstructing aid efforts.
“It must stop,” Psaki said. “The action follows the release of reports warning that hundreds of thousands of people are starving to death in northern Ethiopia. We’re deeply concerned that this action continues a pattern by the Ethiopian government of obstructing the delivery of food, medicine and other lifesaving supplies that most to those most in need.”
Earlier this month, UNOCHA said there was a “de facto humanitarian aid blockade” into the war-torn Tigray region, where at least 400,000 people are facing famine conditions, according to the agency’s latest figures.
Since July, only 606 trucks carrying humanitarian supplies have managed to enter Tigray — a small fraction of what is needed to bring humanitarian assistance to 5.2 million people, according to UNOCHA.
The UN estimates 100 trucks a day are needed in order to meet the demand. Medical supplies continue to be denied entry into the region by the Ethiopian government, according to the UN.
The UN has cited “logistical and bureaucratic impediments including long delays for clearance of humanitarian supplies,” severe fuel shortages, and reported harassment of drivers as reasons for restricted passage.
A highly anticipated joint investigation into alleged atrocities carried out in Tigray, launched by the UN in conjunction with the state-appointed Ethiopian Human Rights Commission (EHRC) in March, has also been stymied by the security situation.
UN human rights chief Michelle Bachelet told the UN Human Rights Council on September 13 that deployments to east and central Tigray, including to the holy city of Axum, where witnesses have accused the Ethiopian military and allied forces from neighbouring Eritrea of some of the worst abuses, “could not proceed.”
Inline Related Posts
Bachelet said that the team was thwarted “by sudden changes in the security situation and in the conflict dynamics.”
The joint report, which has already documented cases alleging extrajudicial killings, torture, enforced disappearances and sexual violence, is expected to be released on November 1. Bachelet said allegations of human rights violations are ongoing and have “continued to implicate government forces and its allies.”
Responding to the threatened expulsions on Thursday, UN Secretary-General Guterres said he had “full confidence in the UN staff” in Ethiopia and that the UN was committed to “helping Ethiopian people who rely on humanitarian assistance.”
“We are now engaging with the government of Ethiopia in the expectation that the concerned UN staff will be allowed to continue their important work,” he said in a statement read by a spokesperson.
The decision follows sharp comments earlier this week on the Ethiopian government’s role in the humanitarian crisis by UN aid chief Martin Griffiths. “This is man-made, this can be remedied by the act of government,” he said, Reuters reported.
“We need the Ethiopian government to do what they promised to do which is to facilitate access,” he added.
The Ethiopian government has repeatedly rejected allegations that it is blocking aid.
The Ministry of Foreign Affairs, UNICEF and UNOCHA did not immediately respond to requests for comment.

PDP Urges Buhari to Humble Himself, Accept Responsibility for His Failures, Seek Help