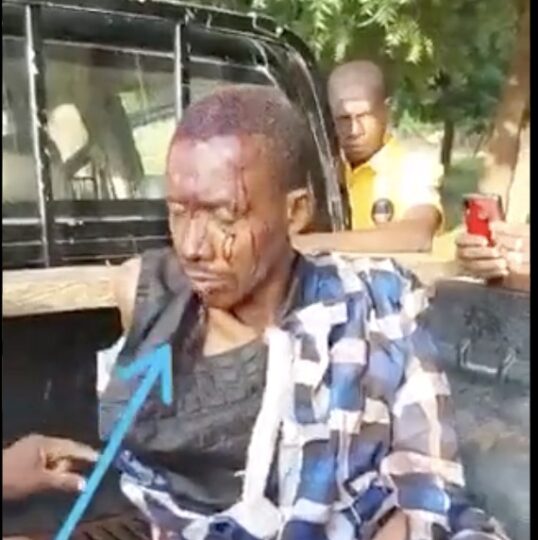 Bello Rugga, a  notorious bandits commander has been arrested by the Police Command in Zamfara and also neutralised five other bandits during a raid in Gummi Local Government Area of the state.

Mr Ayuba Elkanah, the Commissioner of Police, made the disclosure while parading the kingpin alongside 21 other suspected bandits and their collaborators, on Saturday in Gusau.

“The suspect who happens to be a commander to a wanted bandits gang leader, popularly known as Turji.

“Rugga was in charge of Gummi, Gidan Bita, Malanjara and Kagara forest in Gummi LGA of the state.

“He has coordinated series of attacks in the area that led to the unwarranted killings of innocent people and kidnapping of many others for ransom,” he said.

Elkannah said that the suspect had many bandits under his command at the time of his arrest, adding that AK47 rifles and ammunition were recovered from him.

According to him, the suspect is currently in Police custody undergoing investigation.

The CP also paraded two other suspected bandits collaborators, adding they were arrested while conveying large consignments of drugs, bags of cannabis and petrol to the bandits’ camps.

Elkanah said the suspects also named some other collaborators and point of delivery, saying that security operatives were trailing the suspects.

He said that those neutralised were among the masterminds of many attacks in different parts of the state especially Zamfara West Senatorial District.

The Commissioner announced that the state had banned vehicles with tinted glasses, tricycles, cabins and riding of motorcycles by more than one person.

Elkannah said that the dusk-to-down curfew in 13 LGAs was still in force, adding that the curfew in Gusau, the state capital, had been reviewed from 12 midnight to 6:00 am.

While reiterating the commitment of the command to protect lives and property, Elkannah said that the police would not rest until law and order is restored in the state. (NAN)