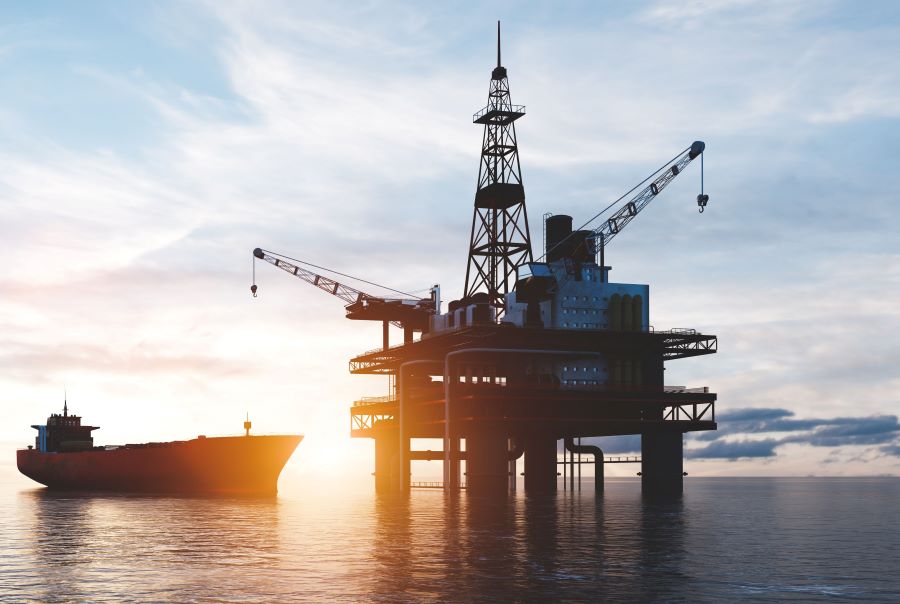 Since the discovery of large-scale oil and gas discoveries took place in the offshore waters of Senegal between 2014-2017, the country has been abuzz in terms of how this vast new hydrocarbon wealth will impact the Senegalese economy, making it more competitive and accelerating the pace of the country´s long-term economic development objectives as stipulated in the Emerging Senegal Plan (PSE). However, one of the issues that has been most hotly debated is how oil and gas revenues will be shared among the population. H.E. President Macky Sall has made it a top priority that Senegal´s oil and gas industry avoids the pitfalls that have plagued many other sub-Saharan oil and gas producing countries, where too often only a wealthy, and well-connected few at the top benefitted from oil and gas production.

The Minister of Petroleum and Energy of Senegal H.E. Aissatou Sophie Gladima has made the issue of equitable distribution of hydrocarbon revenue one of the very top priorities of her ministry. On Saturday, October 2, she outlined (www.igfm.sn) the key mechanisms being considered so that all of Senegal´s population can benefit from the massive oil and gas resources that are in the process of being developed at fields such as SNE, Sangomar, Sangomar-Deep and Yaakar-Teranga that lies entirely in Senegalese water; and the gigantic Grande Tortue Ahmeyim (GTA) gas field that is situated on the border between Senegal and Mauritania.

“We have the hope that the arrival of these natural resources will allow us to fight poverty and better support our long-term plan of economic emergence,” she said during an interview with Senegalese newspaper L´Observateur.

Owing to the adverse impact of the global pandemic production schedules, first-oil and gas have been slightly delayed from the initial plans to be produced in 2021-2022. Expectations are now that large-scale production will take place during 2023. The Minister of Petroleum and Energy was asked about whether she thought that the execution of the planned projects would be carried out normally and on schedule for the target date of 2023. She stated (https://bit.ly/3iwdGSu), “we have our fingers crossed. The two projects in the development phase  (GTA and Sangomar) are seeing very satisfactory rates of their execution. On August 31, 2021, the Grande Tortue Ahmeyim project was in the range of 65% completion. The FPSO and the FLNG vessels that are being constructed in China and Singapore are 70% completed. These vessels are expected to be in Senegal by the end of 2022 and the start of 2023.”

As far as the SANGOMAR project is concerned, H.E. Aissatou Sophie Gladima noted (https://bit.ly/3iwdGSu) that the drilling campaign is continuing and that as of August 2021 the rate of completion is around 35%. “ We have just completed the drilling in the SNP-20 wells which have been a big success and confirm the presence of large-high-quality reservoirs containing oil. The goal is to begin production during the third trimester of 2023 after the installation of sub-sea infrastructure.”

On the subject of the distribution of Senegal´s hydrocarbon wealth, the Minister of Petroleum and Energy was asked if Senegal is well prepared. She stated that: “We are working on that, as instructed by H.E. President Macky Sall. It is clearly stated in article 25 of our constitution that hydrocarbon resources belong to the people of Senegal. The scheme put in place for the distribution of hydrocarbon revenues is that a portion of these will be destined to the State budget for investments to be made in the fields of education, healthcare, infrastructure, etc., and another portion will be devoted to future generations by means of a specific fund for that purpose. All of this is being governed through the existing mechanisms of good governance, inspired by international best practices.”

In addition to discussing the aforementioned issues of the equitable distribution of Senegal´s hydrocarbon wealth, H.E. Minister Aissatou Sophie Gladima also spoke (https://bit.ly/3iwdGSu) about some of the voices in the international community calling to abandon fossil fuels. “We have just discovered these fossil fuel resources, and sub-Saharan Africa has not contributed more than 3% of emissions that contribute to climate change, therefore we must be allowed to develop these natural resources. We do not say that we are unwilling to show solidarity in the fight against climate change, but rather that we ask to be allowed to have the time to make this transition, and reach the same level of development as fully industrialized countries.” She concluded by emphasizing that natural gas is a cleaner fuel than crude oil and that Senegal is in a very good position to utilize this natural gas as a more environmentally friendly fuel for the country during the energy transition that will be taking place over the next two decades.

In response to the growing demand for renewable power, and increasing interest by international stakeholders to invest, develop, and succeed in Africa, Energy Capital & Power will hold the  MSGBC Oil, Gas, & Power (https://bit.ly/3A9MgHS) 2021 conference and exhibition on the 2-3 December 2021. Focused on enhancing regional partnerships, spurring investment and development in the oil, gas and power sectors, the conference will unite regional international stakeholders with African opportunities, serving as a growth-oriented platform for Africa’s energy sector.