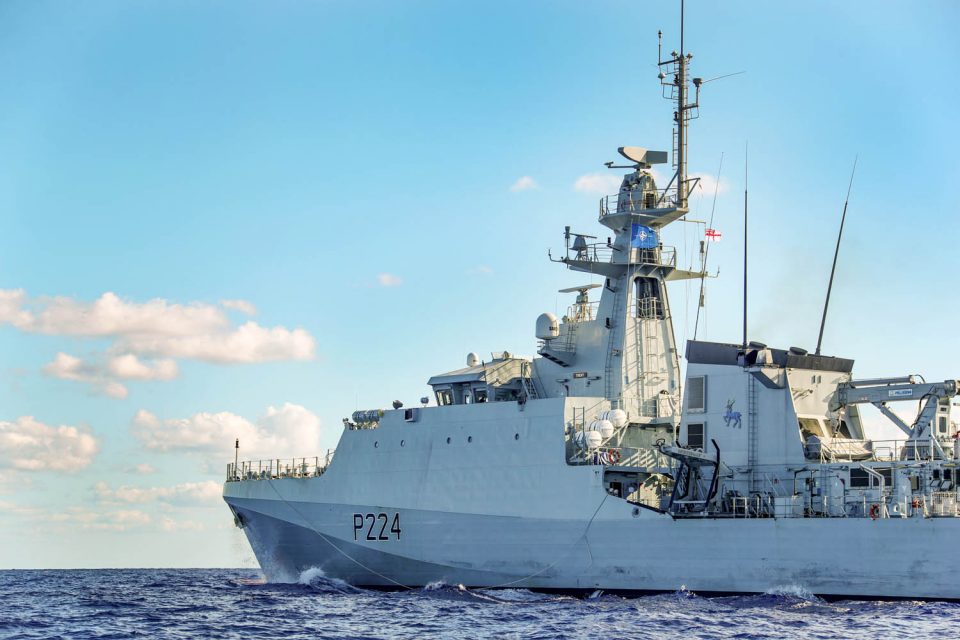 Royal Navy patrol ship HMS Trent is setting sail to the waters of the Gulf of Guinea as she heads for security patrols and a mission to support allies in West Africa.

The River-class patrol ship will visit Nigeria, Ghana, Senegal, Gambia and Cape Verde, and will take part in French-led multinational training exercises that will bring together international partners in the region, known as Exercise Grand African Nemo.

HMS Trent, which is the first Royal Navy vessel to operate in the region for three years, will conduct maritime security patrols as well as support partner navies by helping them to develop key maritime skills and develop plans for future operations in the region.

This deployment is a clear signal of the UK’s commitment to being more persistently engaged in the region, through which more than £6 billion of UK trade passes every year.

This deployment shows the Integrated Review in action. It demonstrates how a truly Global Britain is stepping up on the world stage to tackle shared international security challenges.

Working hand-in-hand with our allies we are utilising our forward-deployed Armed Forces to tackle threats at the source, making the world a safer place for all.

HMS Trent will attend the Friends of the Gulf of Guinea (FoGG) G7++ conference in Dakar, which the UK is co-chairing with hosts Senegal

HMS Trent carries onboard a contingent of Royal Marines from 42 Commando, which will train partner forces across the region in skills like boarding and searching of suspicious vessels, as well as evidence handling and medical skills.

As well as delivering training to partner nations, 42 Commando are experts in boarding operations helping fight against illegal activity like piracy, drugs-smuggling and terrorism.

HMS Trent will attend the Friends of the Gulf of Guinea (FoGG) G7++ conference in Dakar, which the UK is co-chairing with hosts Senegal. Britain established the group in 2013 as part of the then G8 to coordinate regional maritime security efforts.

Continuing a year of forward-deployed operations in the Black Sea and the Mediterranean, this deployment marks an important return to the region for the Royal Navy demonstrating our commitment to improving Maritime Security in the area.

We are extremely proud and excited to commence this deployment to what is an exciting new region for HMS Trent. We are looking forward to working with regional partners and also engaging with local communities in an effort to strengthen security.

HMS Trent is one of five Royal Navy patrol ships that are currently operating around the world in areas of critical importance to the UK – from the Indo-Pacific, South Atlantic to the Mediterranean and Caribbean.

This is part of the Royal Navy’s Forward Presence programme that seeks to put patrol ships in positions around the globe ready to respond to global events.

HMS Trent finished preparations for her patrol to West Africa this week in the waters close to Gibraltar, refreshing skills following a period of maintenance and a rotation of crew.