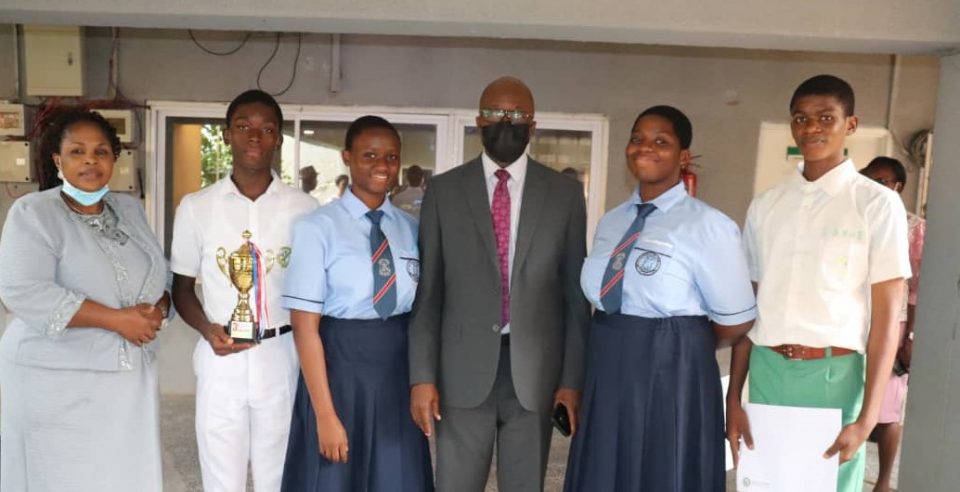 The formulation of efficient educational policies and implementation of programmes are geared towards ensuring that learners in the State stand out among their peers across the nation, Commissioner for Education, Science and Technology, Prof. Abayomi Arigbabu has said.

Arigbabu dropped the hint in Abeokuta, while receiving the State’s representatives at the National President’s Inter-Secondary School Debate Championship, commending the participants for making the State proud.

The Commissioner stated that the State was blessed with brilliant people who had written its name in the marble of gold across the globe, reiterating that the Prince Dapo Abiodun-led administration would continue to prioritize issues that positively affect the students.

“The State appreciates and identifies with the winners for maintaining the leading position that the State is known for. No doubt, the State is blessed with people of high calibre who has continuously written its name on the marble of gold and I will like to appeal to the learners to do more to keep the flag flying”, Arigbabu said

He appealed to learners at all levels to reciprocate the gesture of the government by being punctual at school, attentive in the classroom and put in their best to retain the enviable height which the State has attained, saying the expectation was to see them thriving in their courses of choice.

Celebrating the winners, the Permanent Secretary in the Ministry, Mrs Abosede Ogunleye said, the outstanding performance was due to the unrelenting efforts of the government, effective teaching and commitment of parents of the learners, urging other stakeholders to support the present administration in the agenda of free, efficient and effective education.

Earlier in her remark, the Director of Education, Primary Department, Mrs Adesola Onayiga lauded the government’s effort in providing a conducive and equal platform for students to exhibit their potentials, which she noted had paved the way for healthy competitions among the schools.

Speaking on behalf of other participants, students of African Church Grammar School, Ita-Eko, Abeokuta and  Louisville Girls High School, Itele, Ijebu, Abraham Jones and David Boluwatife respectively, appreciated the Ministry for the honour, promising to put in more fruitful efforts and win more medals for the glory of the State.

Feud Between FG and Resident Doctors Far From Being Over