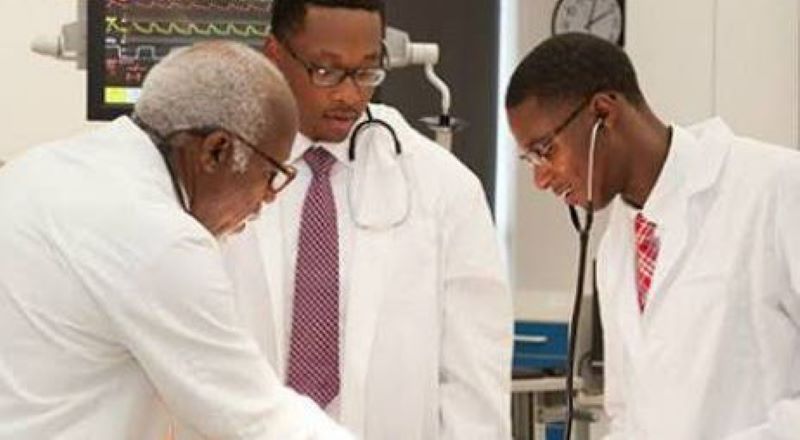 Apparantly looking at the latest development between the Federal Government and the Nigerian Association of Resident Doctors, NARD, the feud is far from being over.

This is just as the Resident Doctors have accused the Federal Government of already deviating from the understanding reached recently before it suspended its strike last week.

The National President of NARD, Dr Dare Ishaya, disclosed this in an interview with The PUNCH in Abuja on Monday.

But the Minister of Labour and Employment, Chris Ngige, said there was no truth in the claim

It was gathered last week that the association, after interventions by the Nigerian Medical Association, suspended its industrial action with the aim of holding a meeting of the National Executive Committee to review the activities of the Federal Government six weeks after.

The NARD commenced its industrial action on August 2, 2021.

Sources familiar with the matter told our correspondent on Monday that since the association suspended its industrial action, the Federal Government stopped the payment of the medical residency training fund which it commenced before the strike was suspended.

“But the moment we suspended the strike, till now, we have not heard anything from them. Thirty-four centres have not been paid (medical residency training fund) and salary arrears, even the one for August and September have not been paid,” one of the sources said.

The National President of NARD, Ishaya, confirmed the development.

However, Ngige confirmed the aspect of non-payment of salaries, saying the case was still in court while the government was working towards an out-of-court settlement.

He said the striking doctors would not be paid for the months they did not work.

On the residency fund, the minister said the payment was suspended because some individuals who were not resident doctors were paid.

The minister said, “Do you pay somebody who didn’t work in August, September? The truth of the matter is that the August and September salary is a matter that is still in court. So, when we go to court, we will try to see if we can do an out-of-court settlement. But for now, nothing like payment.

“The payment of the Medical Residency Training Fund is still going on, but what they can tell you is that some institutions were missed and this was because of mix-ups. The Ministry of Health and the Accountant-General are sorting it out.

“The Ministry of Health and the AGF have received a new list today (Monday) and they will process it and that is why it seemed as if the payment process was stopped so that we will have to work with the verified list.”

Why We Drastically Reduce Our School Fees @ 35 – Greensprings

OAU Places Sex For Mark Lecturer On Half Salary