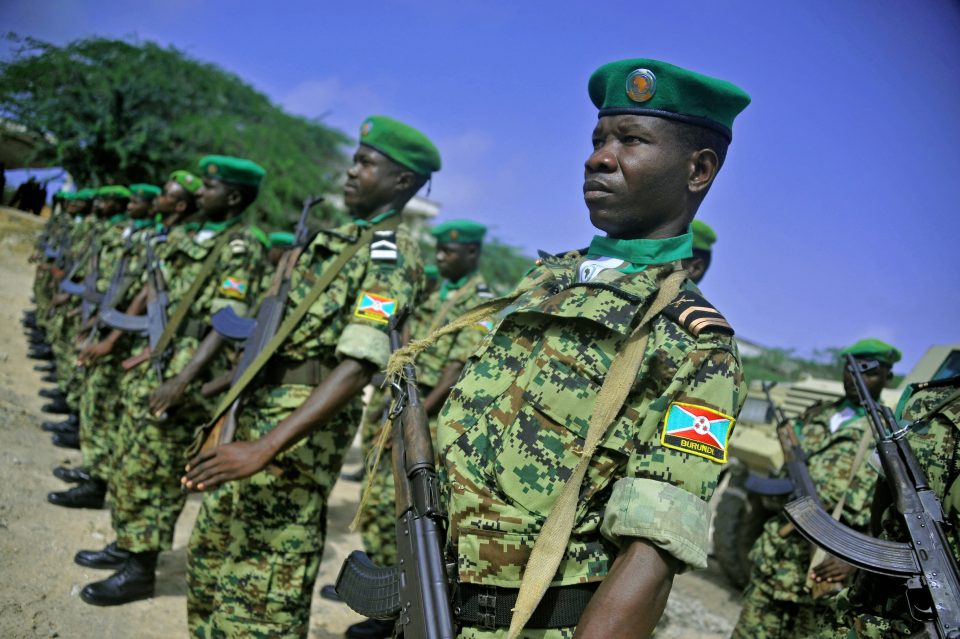 The African Union Mission in Somalia (AMISOM) Sector 5 forces in Jowhar, have been commended for their exemplary role in helping secure elections and for their support in improving infrastructure in HirShabelle State of Somalia.

Vice President Dabageed and his entourage were warmly received by AMISOM Sector 5 Commander, Brig. Gen. Télesphore Barandereka, at the Sector Headquarters within the airport complex in Jowhar where the two held a closed-door meeting.

AMISOM Sector 5 Commander Brig. Gen Barandereka later said that the Vice President had commended AMISOM troops in Jowhar for their hard work in successfully securing, in conjunction with Somali forces, the HirShabelle State Upper House elections as well as for their role in degrading the threats posed by Al-Shabaab terrorists in their area of responsibility.

“The Vice President brought a message of gratitude for Burundi troops of AMISOM for the way they are helping to restore security in HirShabelle State, and particularly how they worked hard to secure the senatorial elections,” Brig. Gen. Barandereka said.

He added that the HirShabelle Vice President unveiled the newly upgraded runway at the Mohamed Dheere Airport in Jowhar town.

“The Vice President officially inaugurated the runway of Jowhar Airport after expansion works carried out by the Burundi contingent and its partners so that aeroplanes can land there. Previously, the airport could only accommodate helicopters, but now, after the expansion, the airport accommodates freighters that bring in containers. In other words, it meets international standards,” he added.

“He also thanked us for other activities that we have carried out, such as the training that we provide in favour of the security forces of HirShabelle to increase their capacity, so that they are prepared to take over the responsibilities of security for their country when AMISOM finally withdraws,” he said.