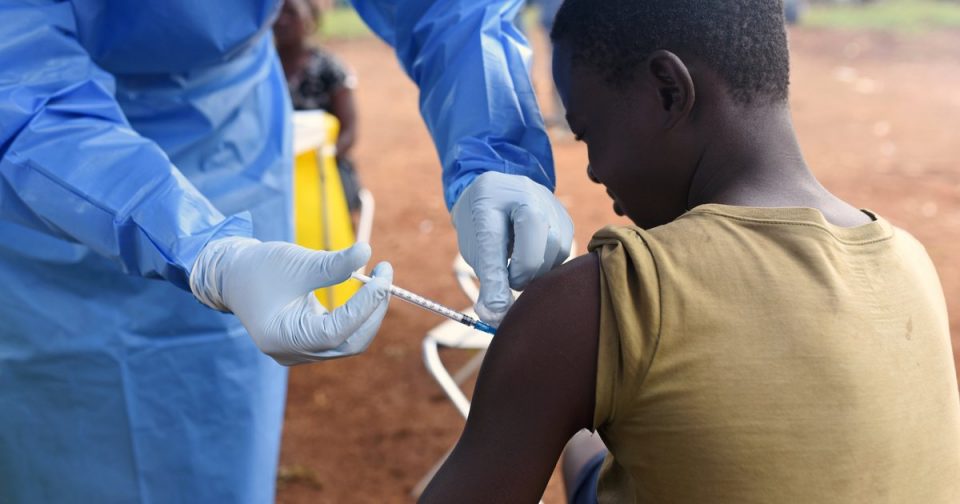 Ebola vaccination began today in the Democratic Republic of the Congo’s North Kivu Province where a case was confirmed on 8 October. People at high risk, including contacts of the confirmed case and first responders, will receive the doses as the health authorities move to curb the spread of the virus.

The confirmed case was a two-year-old boy who died on 6 October in a local health facility. He lived in the same community where three members of the same family died in September after experiencing Ebola-like symptoms.

The Democratic Republic of the Congo is spearheading the efforts to halt this latest Ebola resurgence, banking on expertise built-in responding to previous outbreaks

About 1000 doses of the rVSV-ZEBOV Ebola vaccine and other medical supplies were delivered from the capital Kinshasa to Goma city in North Kivu and around 200 doses were sent onward to Beni city, which is near the Butsili health area where the confirmed case was detected. Vaccinators are using the “ring vaccination” approach, where contacts and contacts of contacts are vaccinated. The Democratic Republic of the Congo has more than 12 000 vaccine doses in Kinshasa that can be deployed if necessary.

“Ebola is a virulent, lethal virus that can spread aggressively and fast. But vaccines can create a firewall of protection around cases, stopping the chain of transmission, averting a potentially large outbreak and saving many lives,” said Dr Matshidiso Moeti, World Health Organization (WHO) Regional Director for Africa. “The Democratic Republic of the Congo is spearheading the efforts to halt this latest Ebola resurgence, banking on expertise built in responding to previous outbreaks.”

In addition to organizing vaccination activities, emergency response teams are working around the clock to trace contacts, decontaminate infected spaces and step up surveillance and testing. Already, more than 170 contacts have been identified and teams are monitoring their health. To support the national authorities in the response efforts, WHO has released US$ 200 000 through its Contingency Fund for Emergencies. WHO is also in the process of shipping five tons worth of response supplies, including therapeutics, personal protective equipment and laboratory materials.

Among the first members of the 15-person WHO surge team deployed to Beni is an expert in the prevention of sexual exploitation and abuse. The expert will brief WHO employees and partners on how to prevent any inappropriate and abusive behaviour. The expert will also work with local non-governmental organizations to sensitize communities on sexual abuse and how to report it.

Beni was one of the epicentres of the 2018–2020 Ebola outbreak in eastern Democratic Republic of the Congo and is about 50 km from Butembo city which experienced a new Ebola outbreak earlier this year. Sporadic cases can occur following a major outbreak, but further genomic sequencing is needed to determine if this latest case is linked to the previous outbreaks. The Democratic Republic of the Congo’s National Institute of Biomedical Research’s main laboratory in Kinshasa is currently testing samples of the confirmed case to identify the strain and results are expected this week.

Fayemi Tasks 35 Governors To Proceed On Self Isolation